The Cold War and the Soviet possession of West Germany left lasting scars on the German landscape, but some of those scars are now being put to good use. The country has announced that many former military bases are being turned into wildlife sanctuaries to provide habitats for rare birds.

The military bases being converted into sanctuaries are primarily located in former West Germany, which is more heavily populated than the eastern part of the country. Human population expansion has threatened several species of birds, including woodpeckers and eagles, due to habitat loss and other factors. Military bases are becoming unique reserves which may provide these animals with valuable nesting and hunting grounds. Many are also slated to be open to the public for wildlife viewing and other recreational activities.

The decision was made as part of a general restructuring of the German armed forces, reports the International Business Times. The overall goal is to reduce the amount of space the military uses in an effort to form a more efficient force. Occupying these old bases, most of which are only lightly used, has become unnecessary.

The amount of land being converted into bio reserves comprises more than 76,600 acres spread out over 62 bases. Germany had originally considered selling the land to real estate developers, but decided to preserve it. This may be due in part to the land’s unique location along a stretch known as the European Green Belt, which runs through 22 countries. This strip of land marks the line of the former Iron Curtain, which divided the former Soviet Union from East Europe.

In addition to providing valuable habitat for rare birds, this stretch of land is home to rare species of bats and beetles. It also provides a migration pathway for large predators, including lynxes and wolves.

Although natural habitats are disappearing at an alarming rate worldwide, Germany’s decision to preserve these natural habitats may help slow the disappearance of rare bird species. This unique idea may help future generations of Germans enjoy the natural beauty surrounding them. 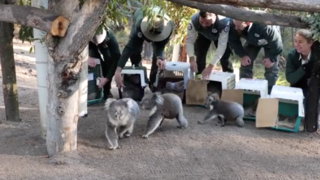 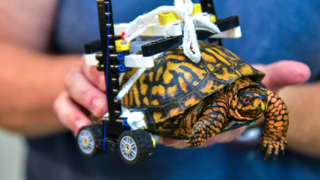