Like a canary in a coal mine, the jellyfish of Palau seem to be responding to adverse environmental issues. Jellyfish Lake used to boast up to eight million jellies. Today, the lake contains fewer than 600,000 golden jellyfish.

Marine biologists suspect that climate change could be behind the disappearance of millions of golden jellyfish from saltwater lakes in the western Pacific nation of Palau. The most famous of these lakes is located on Eil Malk Island, where rainfall rates are lower than they’ve been in 65 years. According to the Coral Reef Research Foundation, the brackish water of Jellyfish Lake is saltier than ever and likely factors into the alarming disappearance of the once-abundant marine invertebrates. 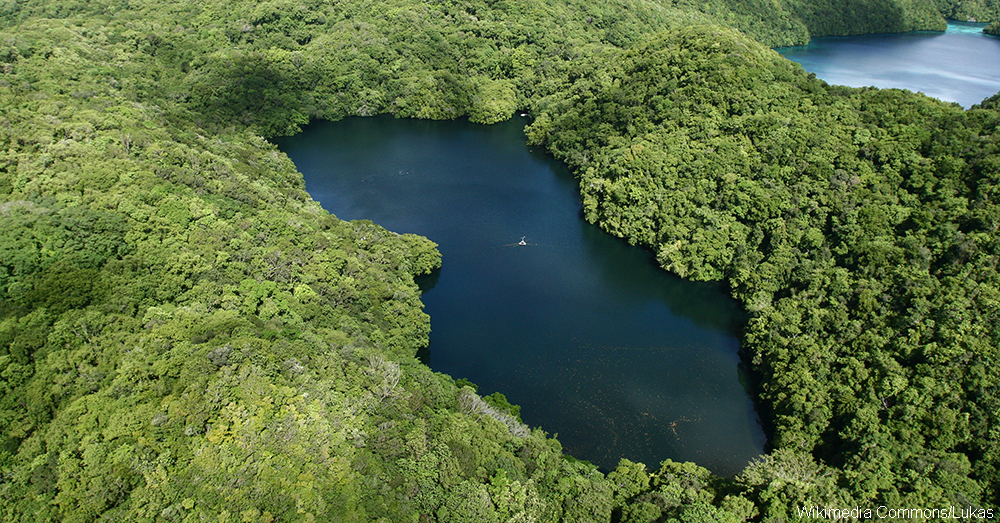 It’s not the salt that’s killing off the jellyfish. It’s a lack of food. Without normal rainfall, there is no runoff to carry vital nutrients to the creatures that dwell in the brackish water of Jellyfish Lake. State Governor Yositaka Adachi attributes the lack of rainfall and subsequent saltiness of Jellyfish Lake to the ocean-warming weather pattern known as El Niño. Scientists with the Coral Reef Research Foundation agree. The foundation, which began monitoring saline levels in Jellyfish Lake in 1998, now says the jellyfish population may be “on the verge of crashing,” according to a report in the UK Daily Mail.

National Geographic magazine reports that tourists visiting the lake in the spring of 2016 were unable to see any adult jellyfish at all. The population decrease has been so alarming, some Palau tourist companies no longer offer guided tours to Jellyfish Lake. 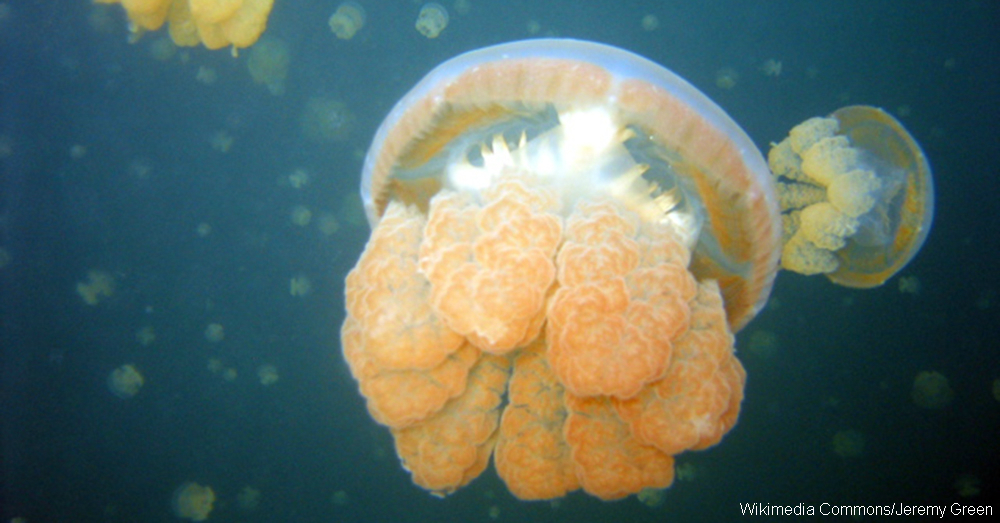 The recent reduction of Palau’s jellyfish populations stands in sharp contrast to years past, when tourists from around the globe made special trips to snorkel with the famed golden-colored invertebrates that once numbered in the millions. The Coral Reef Research Foundation notes that the population also plummeted in 1999 but recovered due to juvenile jellyfish polyps that managed to survive and repopulate the inland marine lake. Watch this gorgeous video about swimming in Jellyfish Lake when golden jellyfish were abundant.