In late spring of 2016, the march of gypsy moth caterpillars spelled trouble for the deciduous tree population in New England states. A photo from Earth orbit taken in June 2016 shows the damage done by these invasive insects in just one month during the late spring. Can anything be done to stop these very hungry caterpillars? 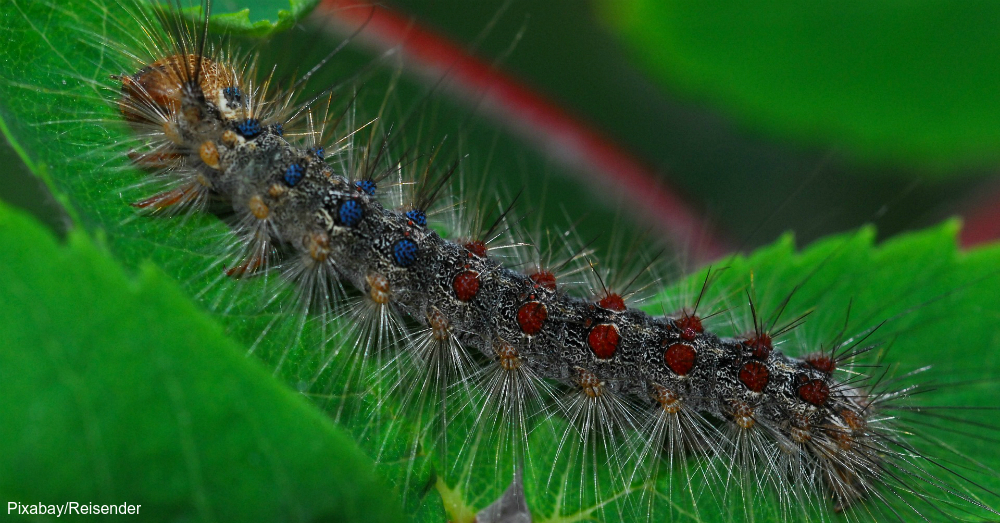 Trees that were green in a photograph taken in late May 2016 showed up as brown a month later due to gypsy moth caterpillars munching their way through the western half of Rhode Island. During late spring, millions of gypsy moth caterpillars spread through deciduous forests and decimated entire patches of forests. Evergreen trees with pine cones in the area were spared because the moths don’t eat these types of plants.

Drought conditions, coupled with the decline of the gypsy moth caterpillar’s natural predators, led to a population explosion of these insects. White-footed mice consider gypsy moth caterpillars a delicacy, but they also eat acorns. A lack of acorn production from Rhode Island’s oak trees, brought on by drought conditions, caused a decline in mice numbers. Consequently, a perfect storm of a population increase coupled with how the caterpillars move among trees resulted in massive tree damage. 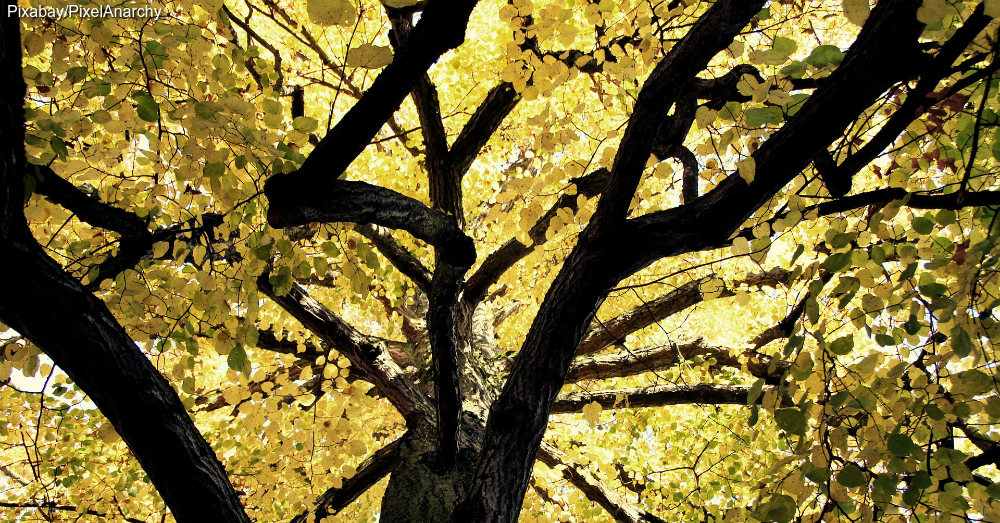 When a scientist in Medford, Massachusetts, wanted to breed a hardy silkworm in 1869, some imported specimens escaped into a vacant lot next to his house, and the rest is gypsy moth caterpillar history. Human efforts to eradicate them have been unsuccessful because gypsy moth caterpillars spread rapidly and eat frequently. Young caterpillars eat the leaves of trees both day and night so they can grow to become gypsy moths just a few months after hatching in April. These caterpillars spin silk threads that catch the wind so they can move from tree to tree. High winds and even hurricanes can transport the caterpillars long distances, into new areas where they can devour even more trees.

Gypsy moths go through various cycles of increase and decline because their life cycles last less than a year. Until humans find better ways to manage these insects, there might be more huge infestations like the one in Rhode Island. For more insect lifestyles that you have to see to believe, check out this amazing moth that moves similar to a hummingbird.