Animals seem to be bigger in Africa–there are big cats, lumbering wildebeests, huge hippos, gigantic crocodiles, and then the tallest mammal in the world. The giraffe stands a head above the rest as thanks to long legs and an extremely long neck. A full-grown giraffe might even be taller than your house. 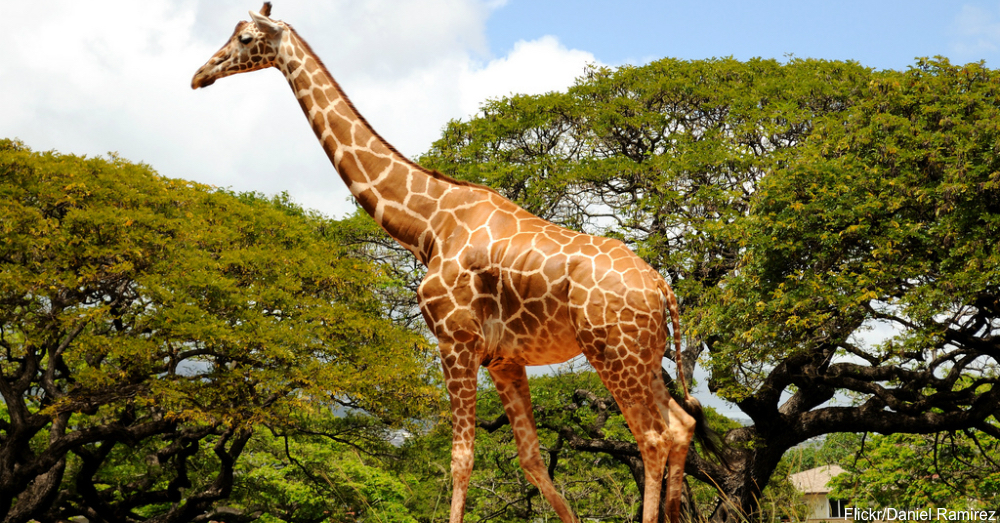 Mature giraffes can reach up to 20 feet tall, which comes out to two stories, towering over a typical ranch-style house. 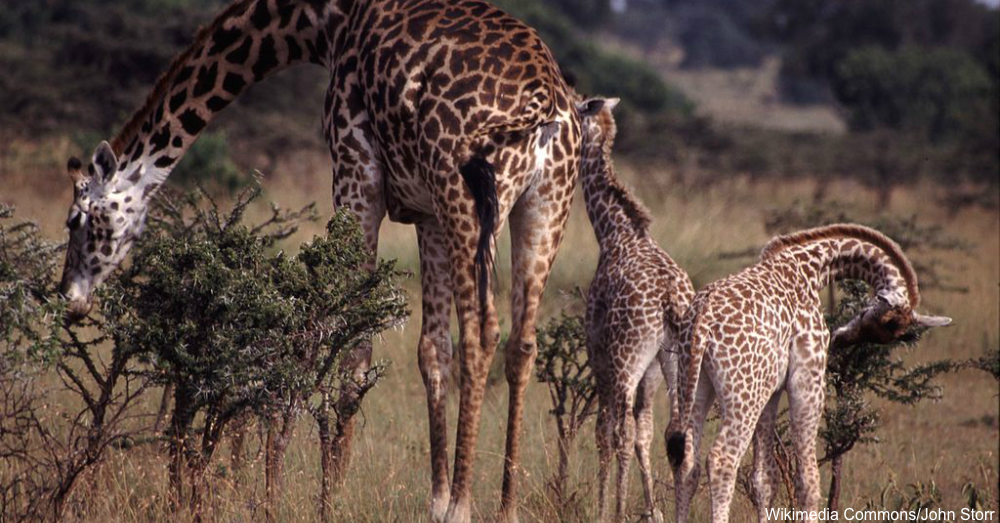 Baby giraffes can run just 10 hours after being born. They need to move around in a hurry to avoid predators. 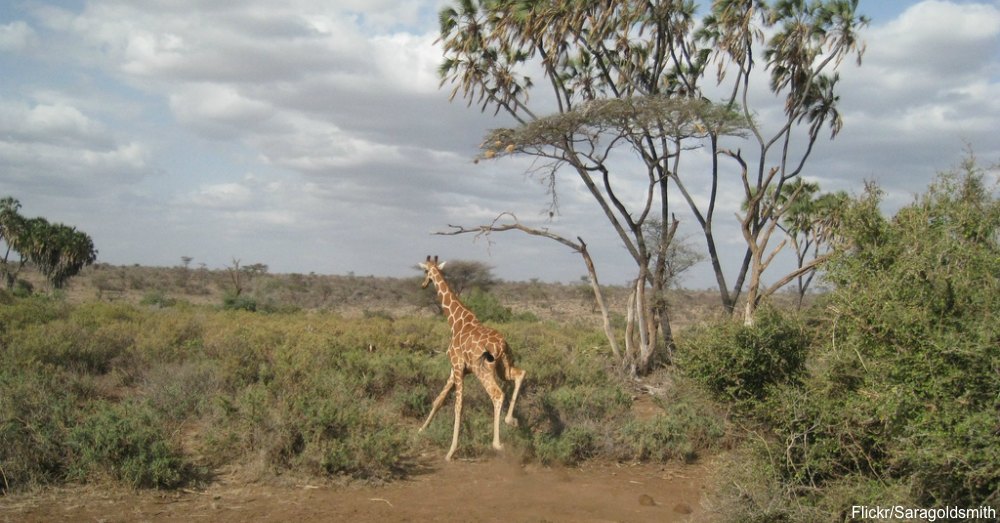 These animals sleep as little as 2 to 3 hours per day. They sleep standing up and are always ready to outrun a pack of hungry lions or hyenas. 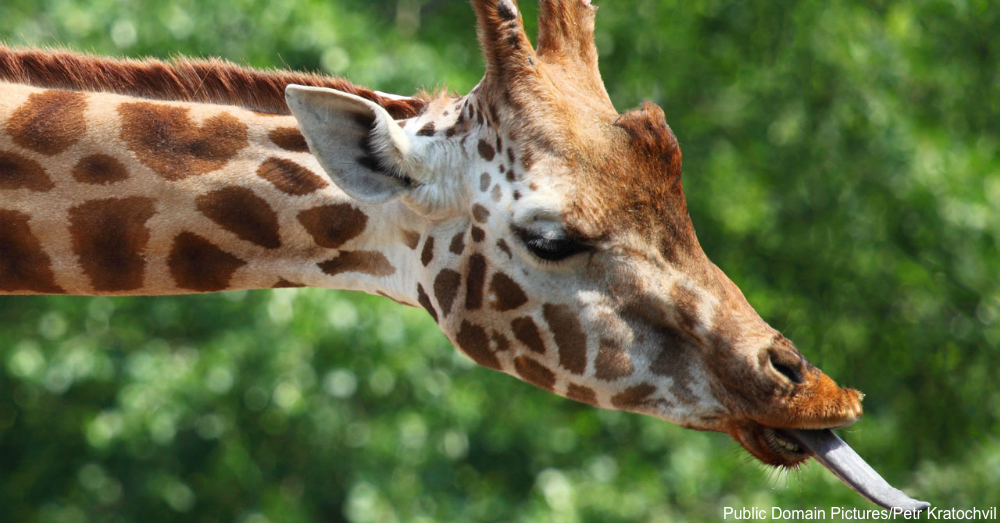 Giraffes have purple tongues measuring, on average, between 18 to 21 inches long. These suckers are great for grasping leaves high up in trees. The dark color protects the tongue from sunburn. 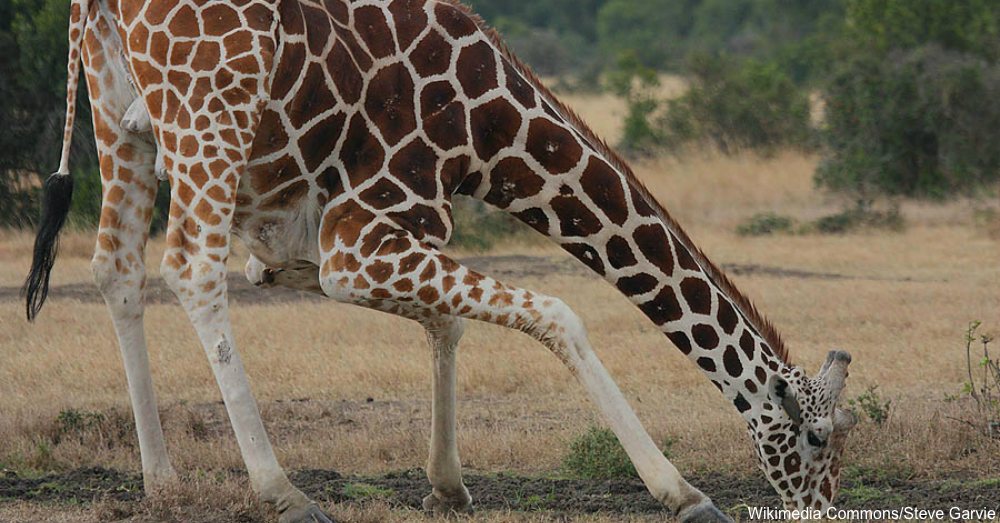 An adult’s legs are about 6 feet tall, which is taller than many humans. 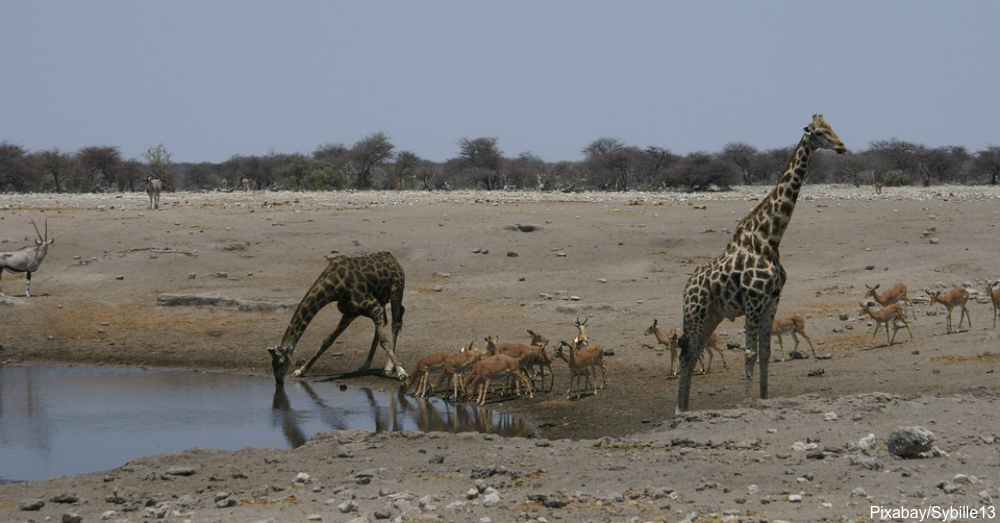 These creatures drink water only once every couple of days. Most of the water they need comes from the leaves they eat. 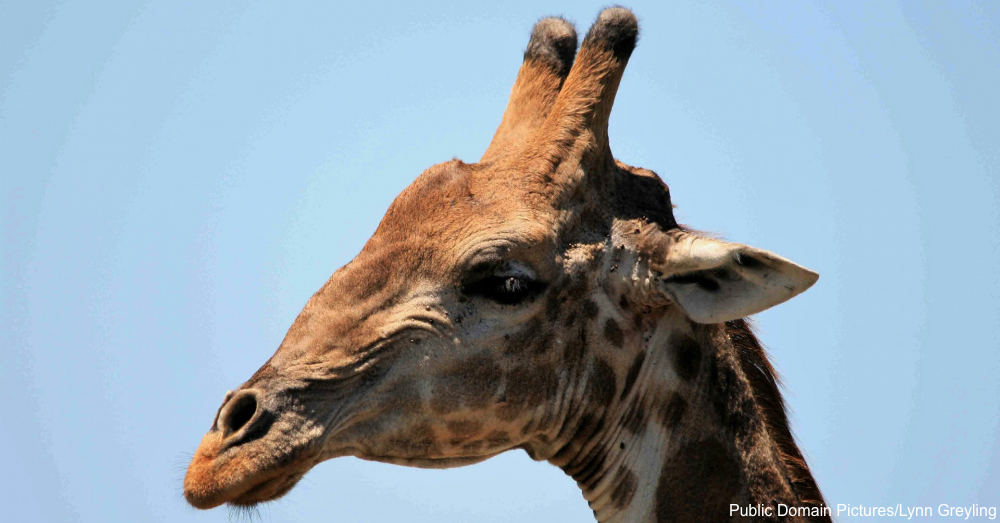 Two knobs on the head, protruding about 5 inches long each, protect a giraffe’s skull during fights. 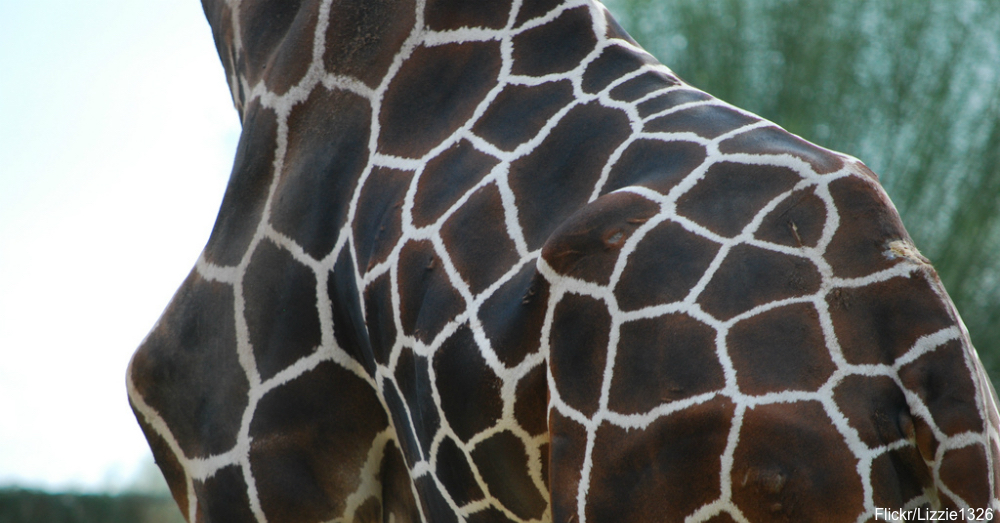 No two individuals have the same spot patterns, much in the same way no two humans have the exact same fingerprints. 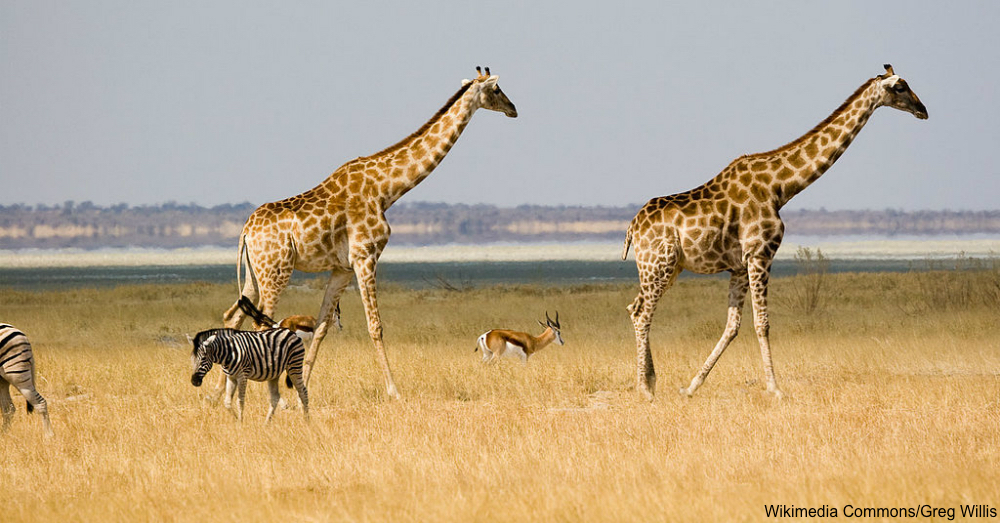 Scientists aren’t sure why, but giraffe numbers are declining. In 1999, there were 140,000 giraffes. There are just 80,000, as of 2016. Learn more about the dwindling numbers of this majestic species.