With its bold patterning and massive size, the Gila monster is one of the most easily recognizable species in the American Southwest. Unfortunately, even these iconic animals are facing serious threats due to habitat loss and climate change. 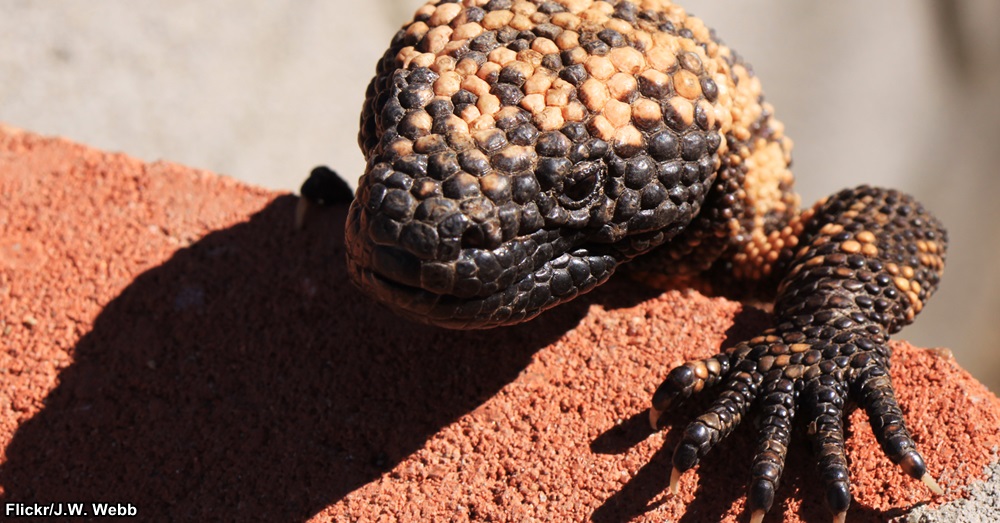 Gila monsters are a wonderfully unique species. They are the largest lizards in the United States, growing up to 2 feet in length, and they are easy to identify due to the bright splashes of orange, yellow or pink against their bumpy black skin. These unique creatures are one of only a few species of venomous lizards in the entire world, and they survive primarily by raiding the nests of lizards, snakes, and small mammals. They are only found in a narrow range of conditions in the Sonoran desert, and human development is damaging many of those fragile ecosystems. 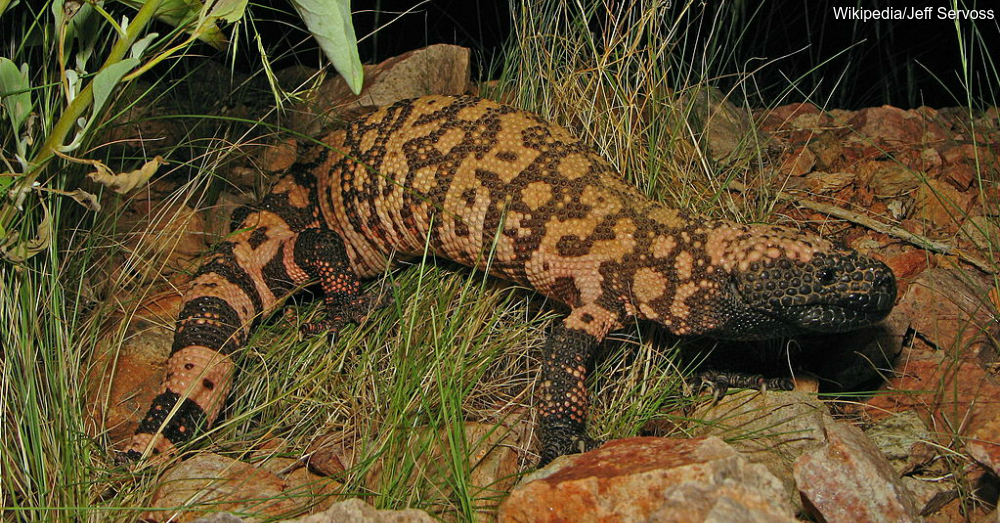 The precise number of Gila monsters in the wild is unknown because their secretive habits make them difficult to track. They spend most of their time in cool, safe underground burrows and often live in harsh and remote areas of the desert. Estimates vary wildly, but experts agree that those numbers are declining rapidly.

Gila monsters face unique threats due to their water requirements. Unlike other desert-dwelling reptiles, Gila monsters do not get water from their food. They also lose more water through their skin than other desert lizards.

These challenges are severe enough that some experts used to say that the Gila monster shouldn’t be able to survive in the desert at all, but the secret may be in the Sonoran desert’s predictable cyclical rains. The lizards soak up moisture during spring showers and summer monsoons, then use their full bladders as a source of hydration during the lean months. However, climate change is causing those rains to come later, if they come at all. At the same time, desert temperatures are soaring, turning an already harsh environment into one that may soon be impossible for Gila monsters to survive in. This has prompted the IUCN to list them as “near threatened,” and many experts are worried about their future.

Gila monsters are an amazing species, but climate change may push them towards extinction. Learn about another remarkable lizard with adaptations for desert living.