Bruce Lee Has Nothing On These 8 Fierce, Fighting Animals 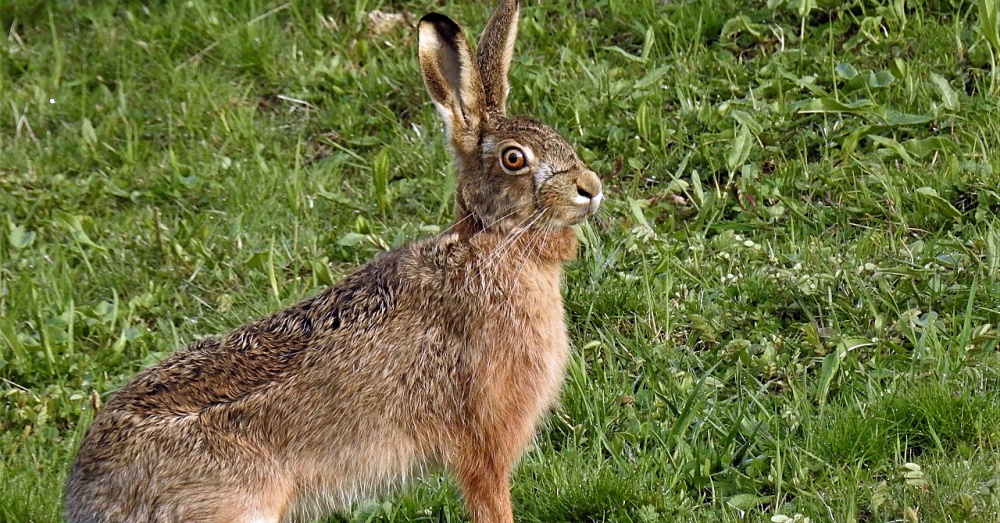 The brown hare looks like a miniature boxer as it pummels its rivals during the peak of mating season. Female hares in particular are known to engage in boxing, as they fight off their plentiful suitors because they’re not ready to mate. The hare is also fast on its hind legs — it can evade predators at a speed of up to 45 miles per hour. 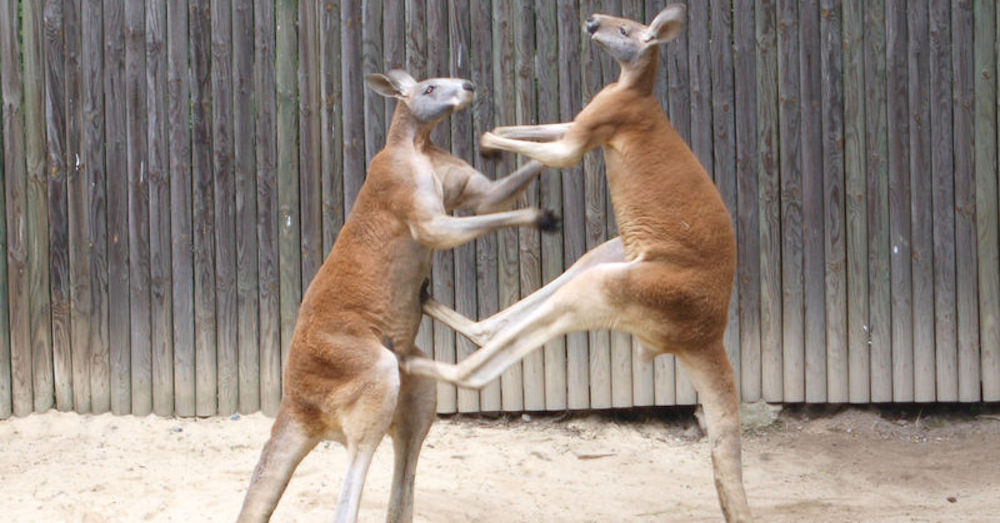 Speaking of boxing, the kangaroo might be the champion at fisticuffs in the animal kingdom. These cuddly-looking marsupials can grow to be bigger than an adult man, with comparable arm and leg muscles to boot. When they fight — which can be in self-defense or for mating purposes — kangaroos box, kickbox, jump, and generally beat down their opponents into submission. 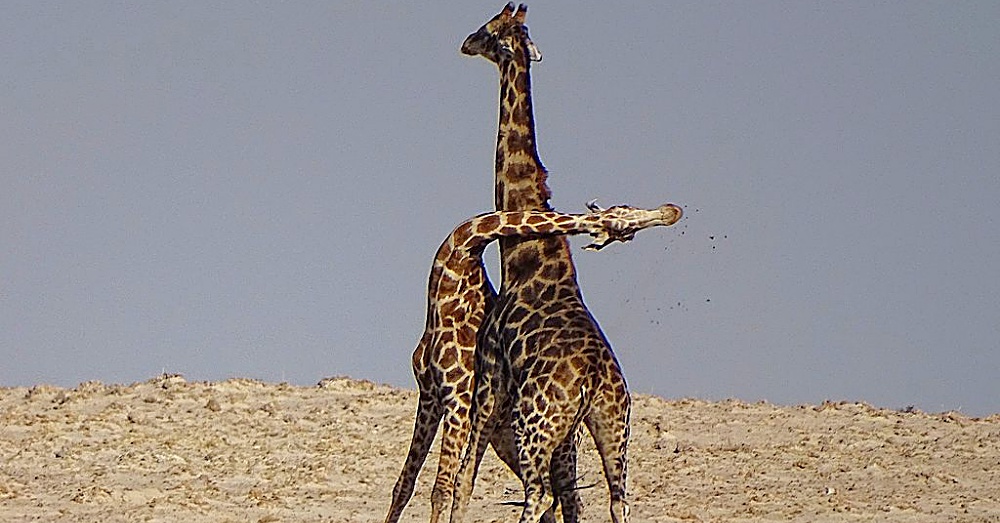 While it may be easy to assume a giraffe as generally being easy-going, this animal can use its ridiculously long legs and lithesome neck to good effect by kicking and head-butting its opponents. Usually, lions and other predators receive the full force of a giraffe’s hooves, with a direct kick that can prove fatal. When attempting to establish dominance or compete for mating attention, the giraffe opts for whirling its head around like a wrecking ball to fight off its competitors. 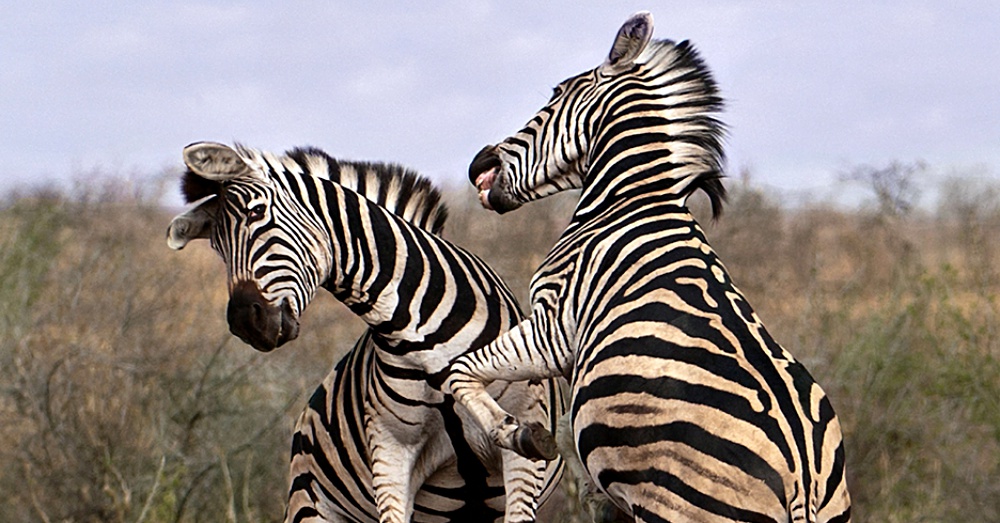 Beware the boot of a zebra. This animal boasts powerful haunches that are capable of equally powerful kicks. Kicking is this animal’s method for protecting itself, aiming for the chest of lions and other predators, which can seriously harm them. The zebra is rumored to have even more vicious kicks than its domesticated cousin, the horse.

Many of these animals have naturally honed the fighting skills many men have tried to develop through exhaustive training. Pitted against these animals in the wild, man may not stand a chance. It’s a survival of the fittest in the animal kingdom, where the ultimate fighting champions are the ones who live.

Fights don’t always end badly. Click the next button below to see what happens after two dueling kangaroos notice they’re being filmed!