Every year more and more species teeter on the edge of extinction, and every year several tip over into the void. The year of 2016 wasn’t an exception. Here are a few of the species that disappeared forever at the end of the year.

The Bramble Cay melomys is a small mouse-like mammal that lives exclusively on Bramble Cay, a small island in the Great Barrier Reef. It’s characterized by a long tail featuring bulbous protrusions, the purpose of which is unknown. Climate change and rising sea levels caused habitat loss and the eventual extinction of this animal.

Also native to Australia, the nullarbor dwarf bettong boasts powerful hindquarters that allows it to leap. Although it has only recently gone extinct, scientists have only ever seen subfossils of this animal. Its cousin, the desert bettong, has only been glimpsed once in the wild back in 1933. The reason for its extinction is unknown. 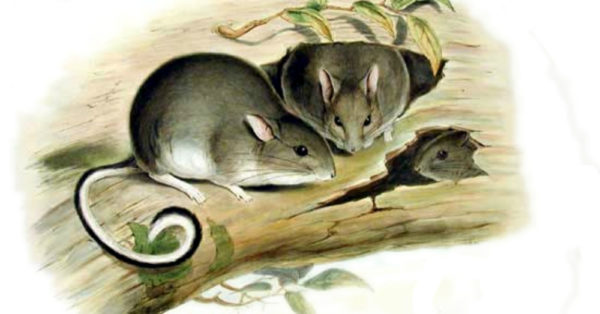 Like the nullarbor dwarf bettong, the Capricorn rabbit-rat is also only known from subfossil material and is native to Australia. Its unique teeth sets it apart from other rabbit-rats. The species was only discovered in 2010 and assumed to be extinct around 2016.

The Pinta Island tortoise is native to the Galapagos Islands. Also known as the Pinta giant tortoise, it can get up to 6 feet long, 5 feet high and 400 pounds as well as live as long as 150 years. Lonesome George, the last of his kind, was about 100 when he died in 2012. The over-exploitation of the species in the 1800s led to its extinction. However, researchers found young tortoises that are part Pinta Island, which means that there might be more in the wild.