Down at the ocean floor, the environment is not hospitable. It is cold, except near thermal vents. In addition, it is so dark that no plants can live there, and the weight of the water far exceeds anything human bodies can handle. The farthest depths of the ocean may be the best approximation of the sort of alien environment we may someday find on other planets.

The deepest part of the ocean is in the Mariana Trench, a deep rift in the sea floor caused by the subduction of one tectonic plate under another. The Mariana Trench is deeper than Mount Everest is tall. Once scientists thought that no life could possibly survive in the dark, cold, pressurized depths of the ocean, but exploration with underwater vehicles is revealing an amazing world full of life forms so bizarre they might have come from the pages of a science fiction novel. 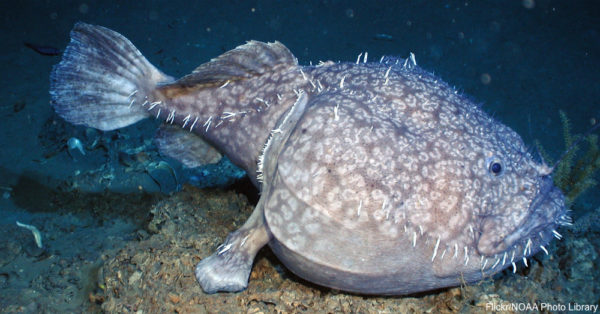 The environment of the ocean floor dictates the adaptations that life has made to survive there. The lack of light means that food is scarce, so the anglerfish evolved with its unique bioluminiscent appendage that lures prey. Other fish, such as lanternfish, may use their bioluminiscence to find each other or to see where they’re going, and many deep ocean creatures have no eyes at all.

The pressure at the bottom of the ocean is another factor in the weird appearance of the creatures there. Cartilage and low-density flesh that doesn’t collapse under high pressure is the rule, rather than bony skeletons that would snap. The aptly named blobfish, voted the world’s ugliest animal, is a gelatinous blob of flesh at surface pressure, but it is pushed into shape by the pressures of its home environment. 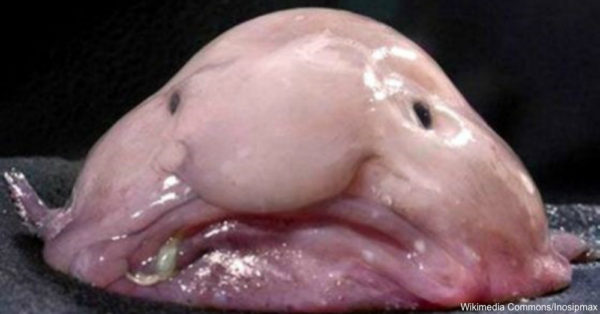 The lack of available plant matter means that deep ocean animals must feed on each other or survive on decaying organic matter that filters down from the ocean above. Some bacteria survive on gases belched out by hydrothermal vents. Some scientists speculate that deep ocean trenches actually serve as funnels to collect detritus for deep sea animals to feed on. Many, such as viperfish, have long teeth to help them catch and hold on to prey, and the ping pong tree sponge impales its prey on long spines.

The scarcity of life in the depths can also make it hard for animals to find partners when it comes time to reproduce, and many have evolved to be hermaphroditic, allowing them to mate with any of their species they may encounter. The anglerfish male fuses to the female’s side in an almost symbiotic relationship, providing sperm, and receiving nutrients from his mate. 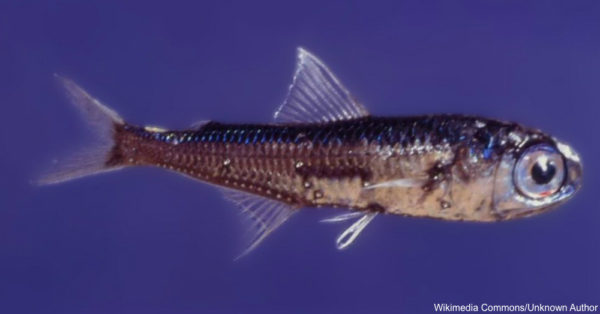 All of these wonders of the deep ocean have induced scientists to speculate on whether some extraterrestrial environments, such as the seas of the moon Europa, may contain life adapted to them. It certainly is a wonder that our planet is so full of life, even in the remotest and most inhospitable corners. If you’d like to see more of one of these amazing deep sea creatures, check out this amazing video of the black seadevil anglerfish.