Scientists have lifted the veil of mystery surrounding juvenile Indian dancing frogs. Although the species was discovered some 125 years ago, it wasn’t until 2016 that researchers were able to finally locate elusive tadpole specimens of Micrixalus herrei, a frog that received its funny moniker due to the males’ dance-like display of legs when they defend their territory or look for mates. The discovery marked the first time that the species’ juveniles had been observed. 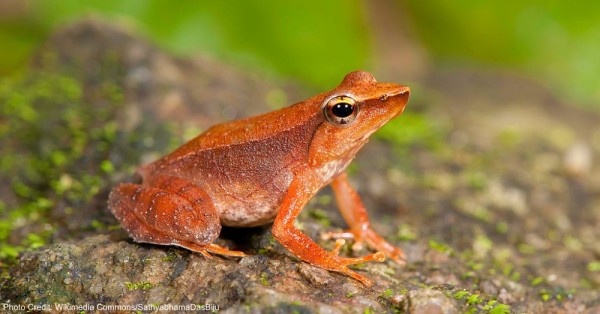 Scientists discovered the eel-like tadpoles in a sand bed in a forested stream in India’s Western Ghats. As it turns out, the juveniles had been hiding in burrows below the gravel and silt, living entirely under the surface of the streambed, making their discovery especially difficult. This burrowing behavior is highly unusual among frog species. 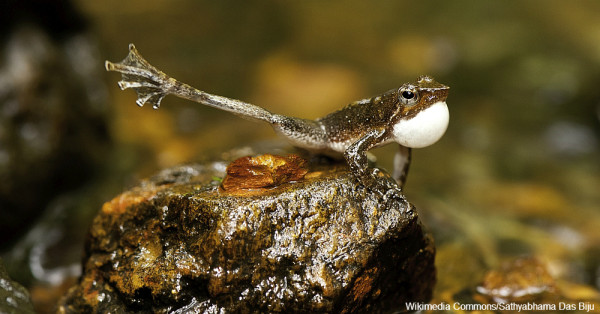 Researchers say that the tadpoles are incredibly adept at living underground and in complete darkness. Their muscular tails and flat bodies allow them to move through mud and silt, and an added layer of skin on their eyes protects their vision from damage. These tadpoles eat by vacuuming up decaying organic matter and sediment, and they have a special serrated, yet toothless jaw that scientists believe may act as a filter to prevent them from sucking in large particles. 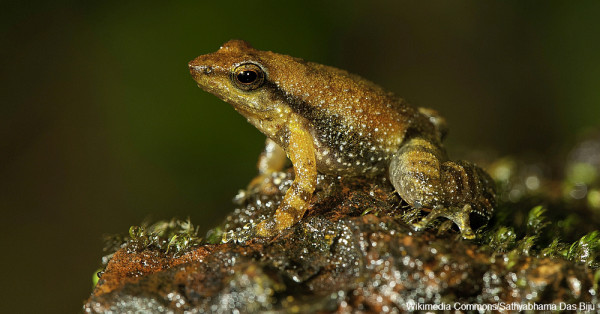 There are approximately 24 species of Indian dancing frogs, 14 of which were only discovered in 2014. The species is endemic to the 990-mile Western Ghats mountain range in India where they are often spotted in fast-flowing streams. The tiniest of the species is no larger than a bee. They are part of the Micrixalus genus, an ancient genus that existed during the era of the dinosaurs.

There are around 4,740 species of frogs around the world. They are invaluable to science because they provide insight about the health of the ecosystems in which they live. Scientists are constantly finding fascinating new species of frogs, such as these frogs that produce deadlier venom than some snakes.