As the giant corpse flower in Chicago blooms, it is attracting attention from around the world. Emitting a smell some describe as similar to a dead animal, corpse flowers produce the largest cluster of flowers on earth. The first deep burgundy bloom, which mimics rotting meat, requires eight to 20 years of vegetative growth and the plant can take another eight years to bloom again.

The corpse flower, Amorphophallus titanum, is native to Sumatra and in the same family as the peace and calla lily, according to Denver Botanical Gardens. The plants are rare and the area of their native habitat continues to shrink due to human activities.

The plant stores its energy for flowering in an underground corm, and the flower emerges over a period of several weeks. As its ruffled spathe opens, the flower reveals a tall spandix, which contains both the male and female flowers of the plant. The impressive spathe of the flower is several feet in diameter and the spandix is often over five feet tall. 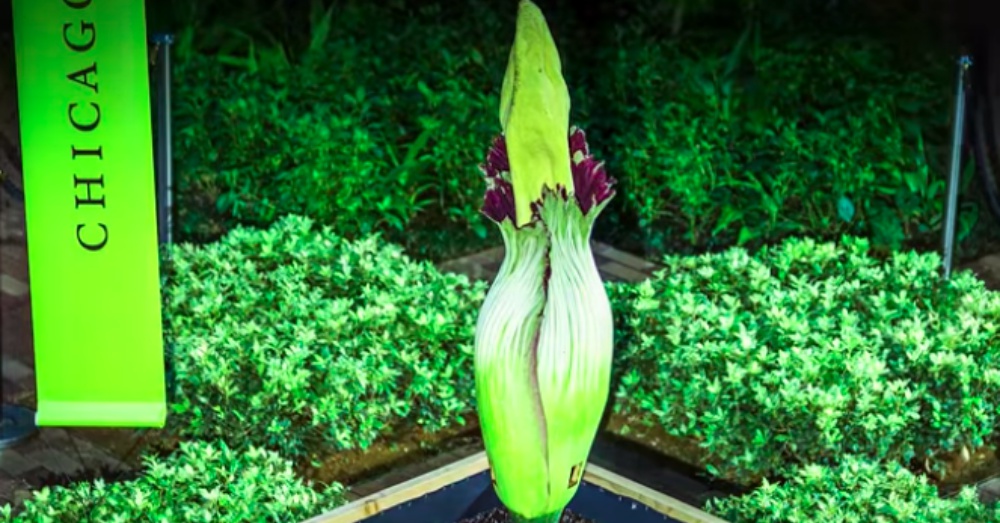 Fortunately, the putrid smell of death only lasts eight to 24 hours when the female flowers of the plant reach maturity, according to the UNC Charlotte Botanical Gardens. The odor attracts insects to pollinate the female flowers. Wild corpse flowers only bloom three to six times during their lifespan of approximately 40 years. Cultivated corpse flowers usually do not live as long. The tallest cultivated corpse bloom was 9 feet tall, as of 2015, but there is potential for even larger blooms in the wild, reports National Geographic. 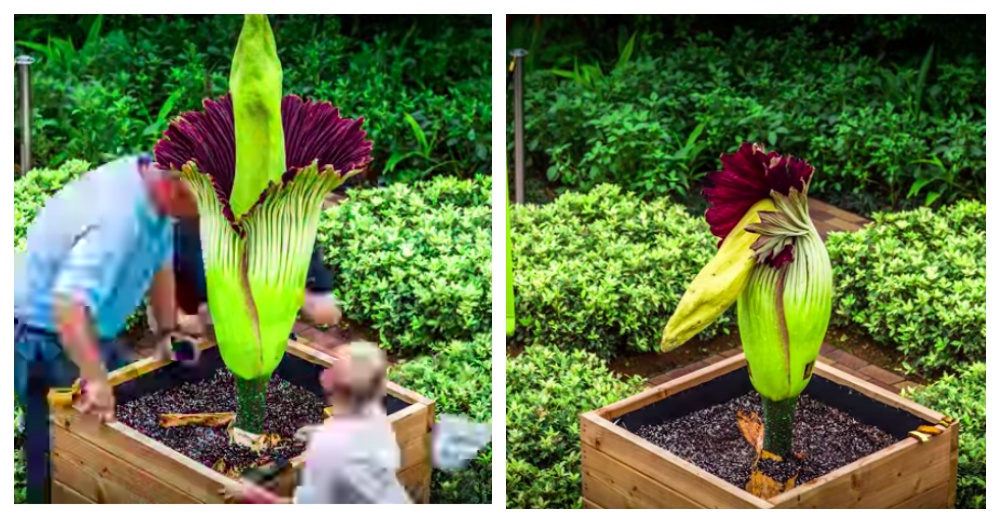 Sadly, the bloom only lasts a few days. With successful pollination, it produces seeds. Otherwise, it enters a dormant phase and eventually produces a new leaf.

The Earth Site is a place where people can come together to learn about and protect our environment for generations to come. Amazing stories about ecosystems, natural phenomena, and wildlife come together here to paint a full-color picture of our incredible home. Read, share, and enjoy!
Whizzco