Among the most unique and fascinating animals on earth, the already endangered giant clam is now threatened by poaching from Chinese fishermen. The methods of harvesting the clams not only destroy the animals but cause irreparable harm to the reefs in which they are found.

The poaching of giant clams is partially a consequence of restrictions on ivory. Like ivory, the shell of the giant clam is carved into jewelry and figurines. Carving techniques have improved, and this makes the admittedly beautiful objects carved from the giant clam’s shell even more sought after. Chinese poachers sometimes travel 1,000 miles or more to harvest these clams, The clam’s meat is considered a delicacy and an aphrodisiac, according to Christina Larson. 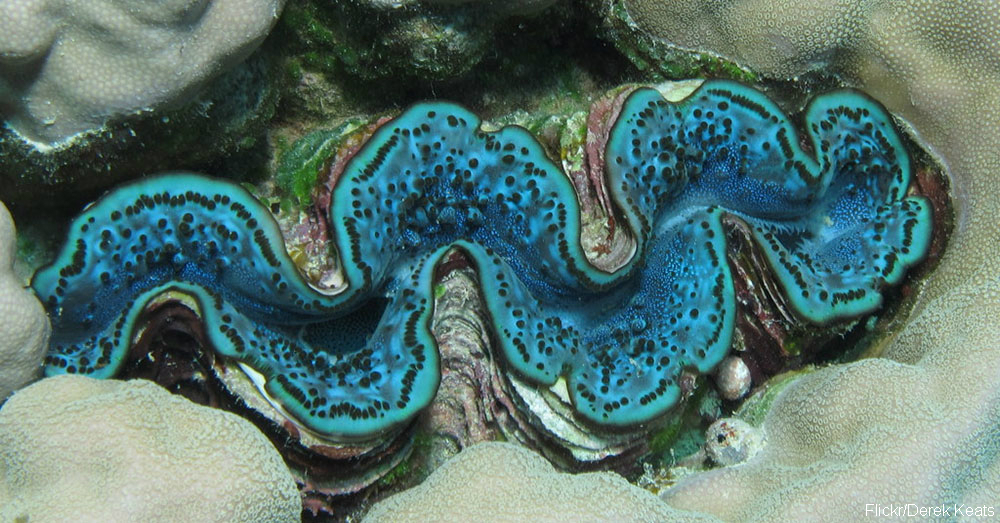 Much of the predation on giant clams is done in a disputed area of the Pacific Ocean called the South China Sea. The damage can even be seen from space, according to The Diplomat. The devastated reefs appear as arcs on satellite pictures.

The clams, which can weigh over 440 pounds, are not just pulled up and out of the water. Poachers use boat-mounted propellers to tear up the reefs on which the animals are found. Divers then collect the clams, or what’s left of them, and place them in boats. In other cases, the giant clams are dragged into shallow waters, tearing up the reef as they go. Moreover, the interconnectedness of reefs mean that if one is destroyed, another reef some distance away can be damaged, says National Geographic. 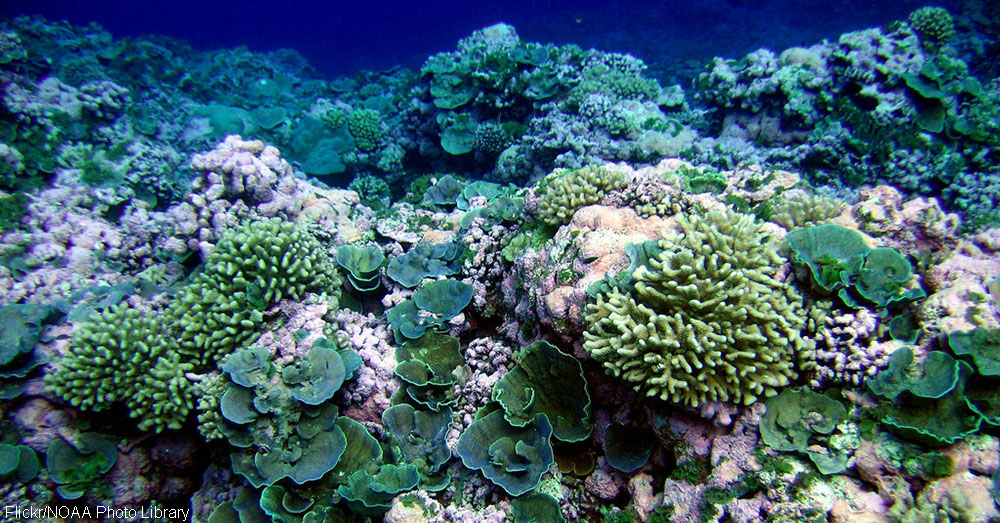 The problem is compounded because the giant clam is a slow breeder. The animal can live up to 100 years and takes 10 years to produce eggs. The miniature ecosystem that the clam supports is also destroyed when the clam is poached. This ecosystem includes micro-algae, shrimp and other marine animals that use the clam for shelter. Eels and other sea creatures feed on giant clams, says A-Z Animals.

As of 2016, the illegal harvesting of giant clams does not show signs of abating, due to the Chinese government’s race to build artificial islands in the South China Sea. Because of this, poachers race to harvest as many giant clams as they can before the islands are built.

Read this article to learn about other threats to coral reefs.