Researchers have discovered a possible reason why Africa’s vulnerable population of cheetahs has dangerously low levels of diversity: the modern cheetah’s ancestors migrated to Africa from the Americas. This genetic bottleneck is a major stumbling block in conservation efforts, and understanding where it comes from may help save wild cheetahs from extinction.

Africa is currently home to only about 6,700 wild cheetahs, according to the Guardian. While this number is threateningly low by itself, the species’ prospects for continued survival are further imperiled by cheetahs’ abnormally high level of inbreeding. This is characteristic of animals whose recent ancestors have been through a catastrophic drop in population in the relatively recent past. This lack of genetic diversity frustrates conservation workers who must work not only to breed the cheetah population back up to safe numbers, but avoid further inbreeding in the process. 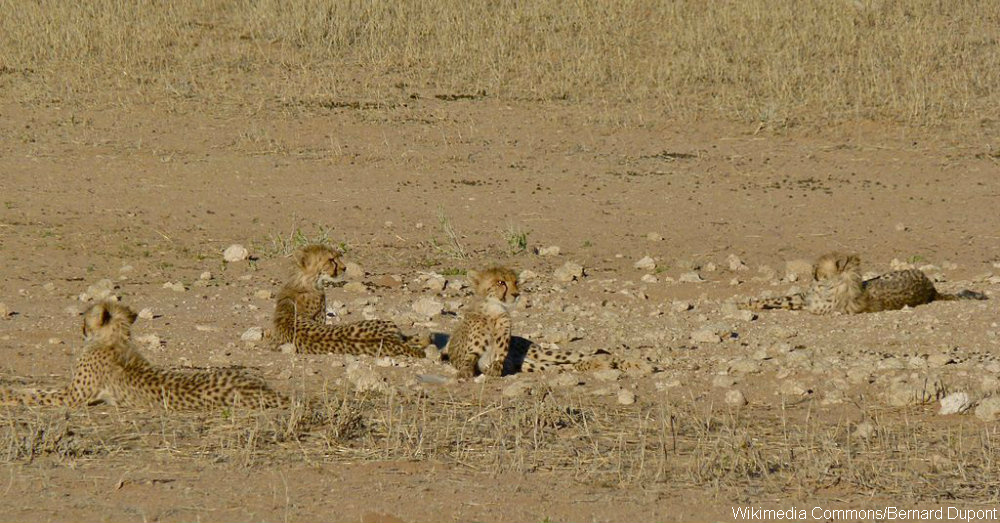 This research, done by an international team and published in Genome Biology, uses whole-genome sequencing to establish not one, but two major bottlenecks in the cheetahs’ history. The first, dating to around 100,000 years ago, came when a small founder population of cheetahs broke away from American pumas and migrated to Asia. The second, which occurred around 10,000 years ago, happened when the cheetah’s immediate ancestors moved into Africa.

The result of these two squeezes and the generations of close inbreeding that followed is that modern cheetahs are far less diverse than even some heavily inbred domestic cats. This has negative effects on the animal’s ability to breed, even in captivity, and casts doubt on the cheetahs’ potential for survival.

If the wild cheetah is to be saved, conservation efforts must focus on breeding the cats back from the edge of extinction with special care. The extra effort to select the right mates for captive cheetahs is difficult and labor intensive.

Check out this video of a speeding cheetah to see these incredible animals in action!