You may be familiar with honeybees that flit from flower to flower, gathering nectar along the way. These messy little guys end up with pollen bits caught up in their hairy bodies. While some pollen ends up fertilizing flowers if the bees land on the same species of plants, much is lost. Bumblebees do things a bit differently. They are experts at buzz pollination. 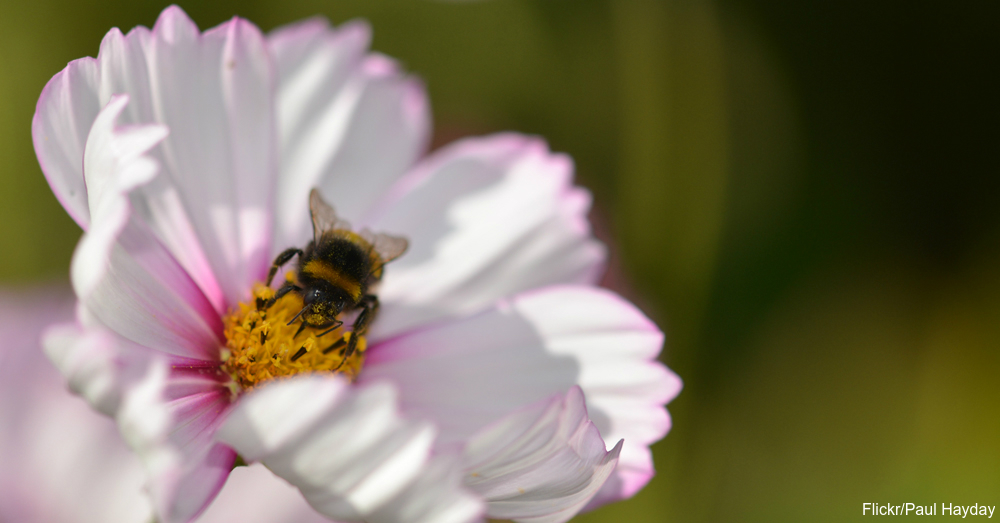 According to Lisa Marie Potter from KQED in San Francisco, some plants have upped the pollination odds in their favor. They’ve hidden the tiny grains inside the anthers, the male sex organs, making more work for the bees but reducing the amount of lost pollen. Bumblebees have the magic key to open those anthers.

The bumblebees land on the flowers, bite down on the anthers and start to buzz. The buzzing comes from the bumblebee’s flying muscles, which can be disconnected from the wings at will. The vibrations cause the anthers to release grains of pollen, which the bumblebees eat and also pack on their legs to take back to their hives.

Stray pollen fertilizes the closest flowers. This ups the chances of the same species of plants being pollinated. Plants that require buzz pollination include tomatoes, blueberries, potatoes, chilies and eggplant, all grown as agricultural crops. In the Bay Nature article ‘Buzz Pollination,” author Sue Rosenthal noted that the bumblebees buzz in “middle C.” Using a tuning fork recreates that middle C buzz and causes the same release of pollen, making that fork ideal for hand-pollination.

Sadly, honeybees and bumblebees are under threat. Climate change, the increasing use of pesticides and other toxic chemicals, as well as threats from invasive species are causing massive die-offs. Planting bee-friendly wildflowers is one way to provide food for the bees. Spreading the word that bees are a necessary part of our food production system also helps. Learn how you can plant flowers for bees (honey and bumble alike)!