Common bluebottles, an Australasian species of swallowtail butterfly, have a record 15 different classes of photoreceptors in their eyes. The number is impressive, because it’s six more than any other insect and four more than the species requires for color vision. According to Science Daily, the visual acuity of common bluebottles is only slightly lower than that of humans, yet it serves the species exquisitely for detecting flowers, predators and other butterflies. 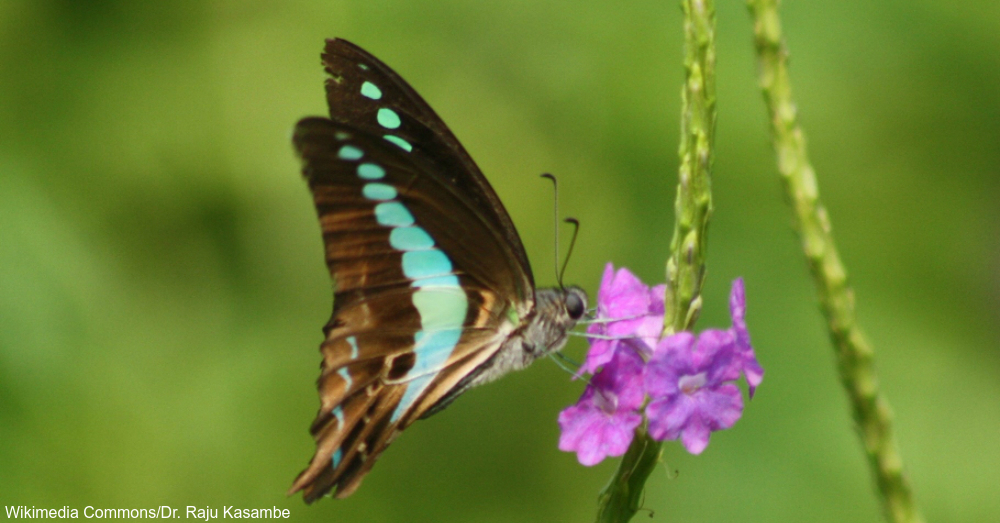 Kentaro Arikawa, Professor of Biology at Sokendai, the Graduate University for Advanced Study in Hayama, Japan, lead the study, which is free to read in the journal Frontiers in Ecology and Evolution. 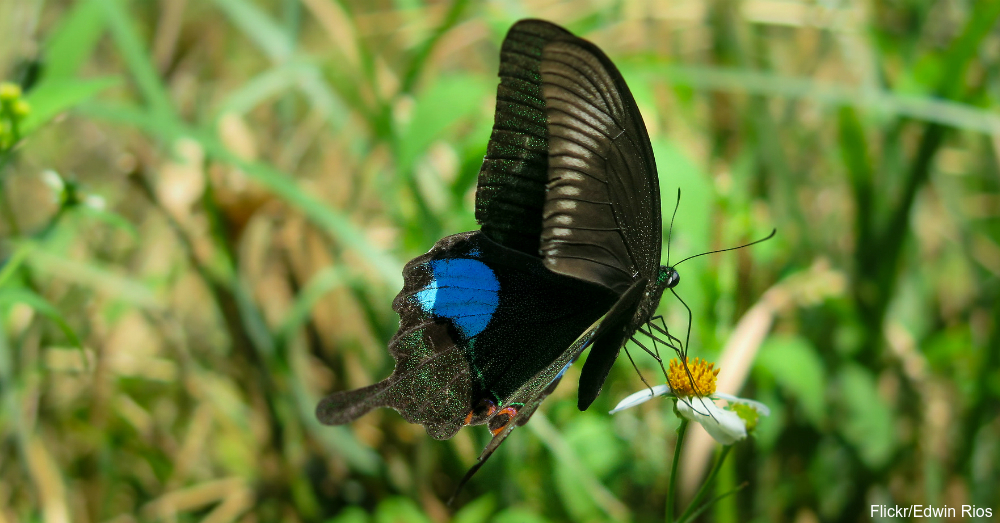 Such a wide view, combined with an ability to see ultraviolet and polarized light, enables common bluebottles to both evade and pursue objects moving rapidly through their field of vision. According to Phys.org, the brains of common bluebottles enable them to do this by absorbing and evaluating different information received from varying photoreceptor classes.

The common bluebottle’s unique vision capabilities came as a shock to the scientists who studied it. Though its photoreceptors and its iridescent green wings, which it uses for communication, distinguish the common bluebottle from other butterflies, it isn’t the only butterfly species with a bizarre skill set. Read about this cold-weather butterfly’s ability to produce its own antifreeze.