Blue whales are the largest animals ever to inhabit the Earth, past or present. These behemoths were almost hunted to extinction by whaling ships that carried harpoon guns, but the species is on its way to recovery thanks to an international ban on whaling. Learn some more extraordinary facts about these amazing animals. 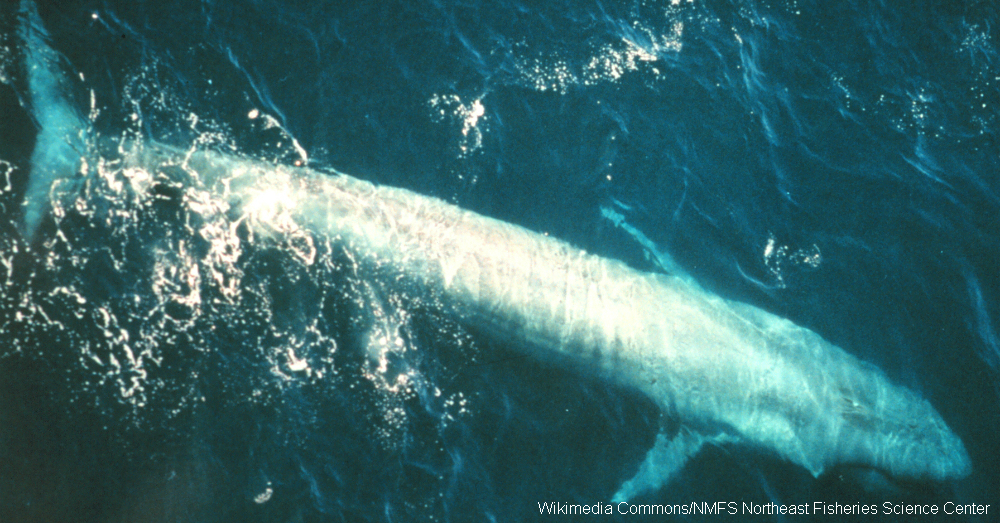 Blue whales have the lowest vocalizations of any animal on the planet. The creatures communicate through low-pitched sounds below the level that humans can hear, yet these sound waves can travel through an entire ocean over thousands of miles. 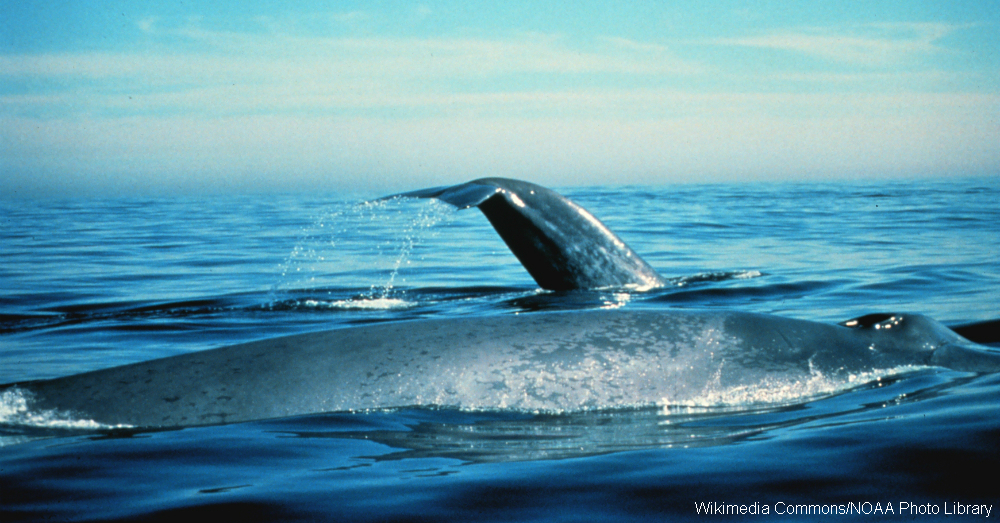 The average tongue on a blue whale weighs as much as an entire elephant. Whales need deep enough water to survive because of their huge bodies. 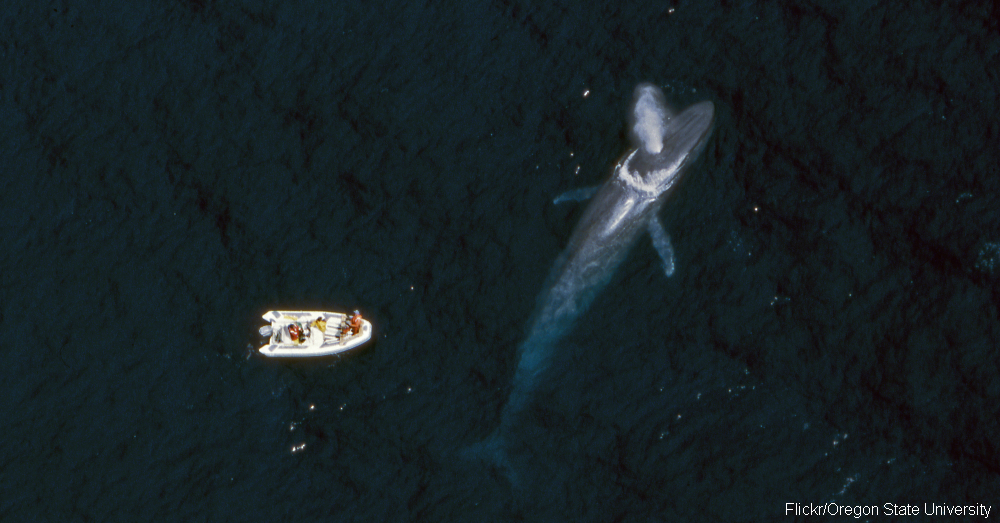 A blue whale’s heart weighs as much as a small car. The aorta, the largest blood vessel in the animal, is wide enough to fit a human toddler inside. 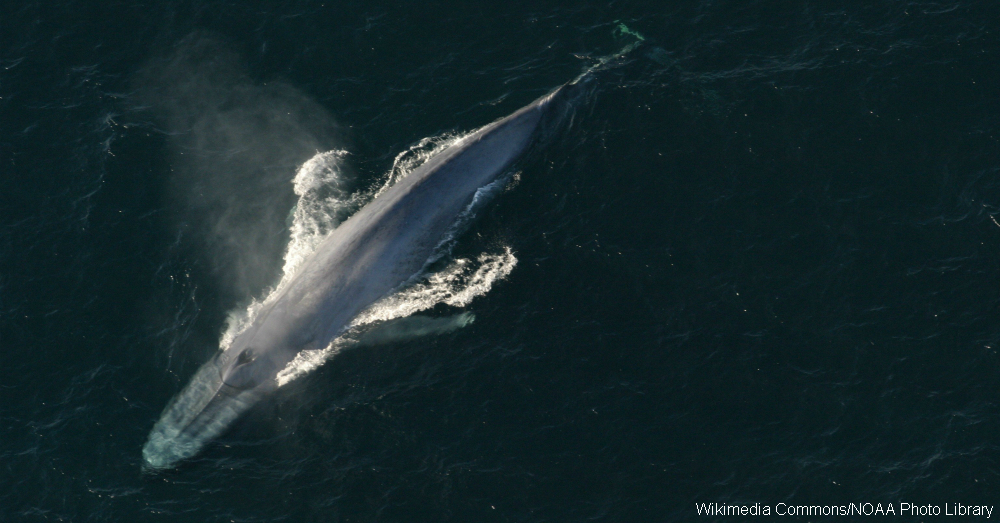 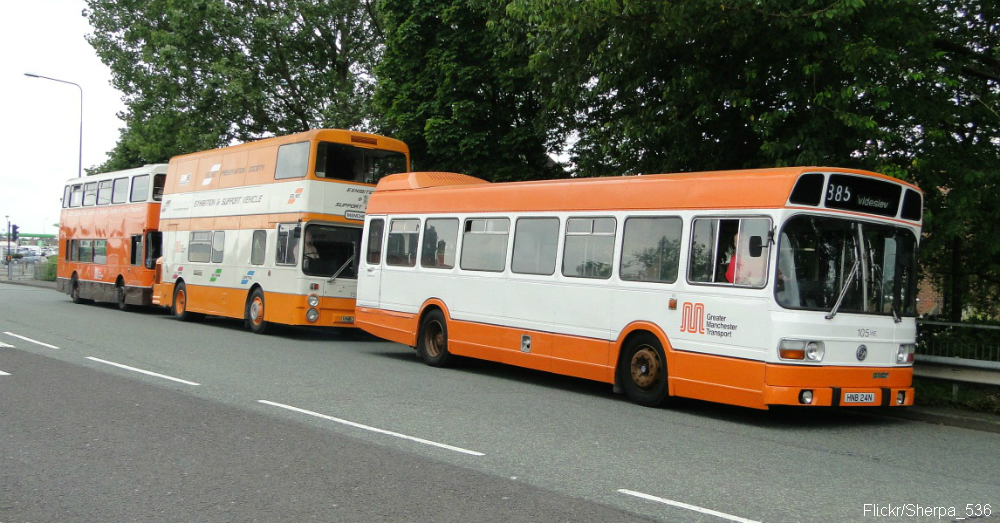 The largest blue whales reach 100 feet long, or about one-third of a football field. These animals are two to three times longer than an average city bus. 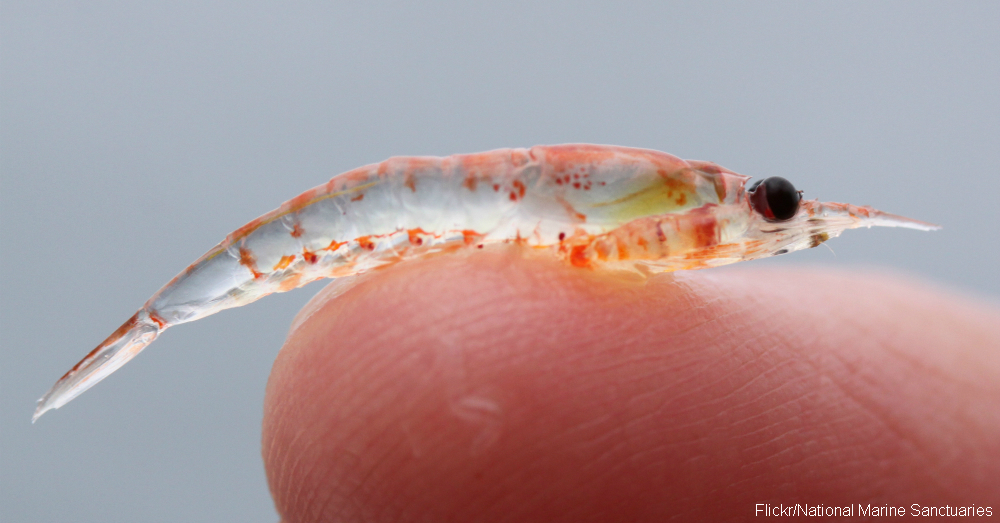 Blue whales eat 4 tons of food per day during the summer. The largest animal in the world feasts on some of the smallest by filter feeding tiny krill. 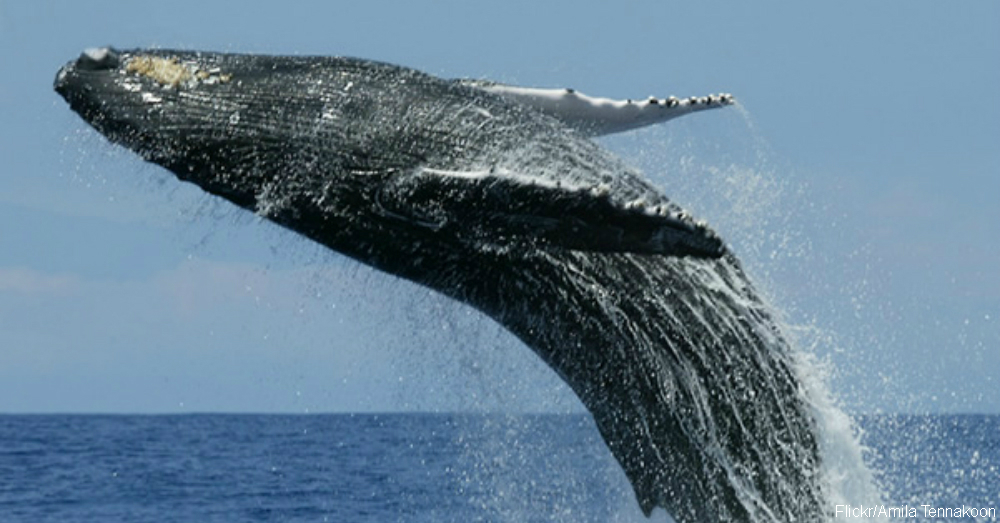 These animals live a long time. Blue whales may reach up to 90 years old, which makes them some of the longest-lived animals in the world. 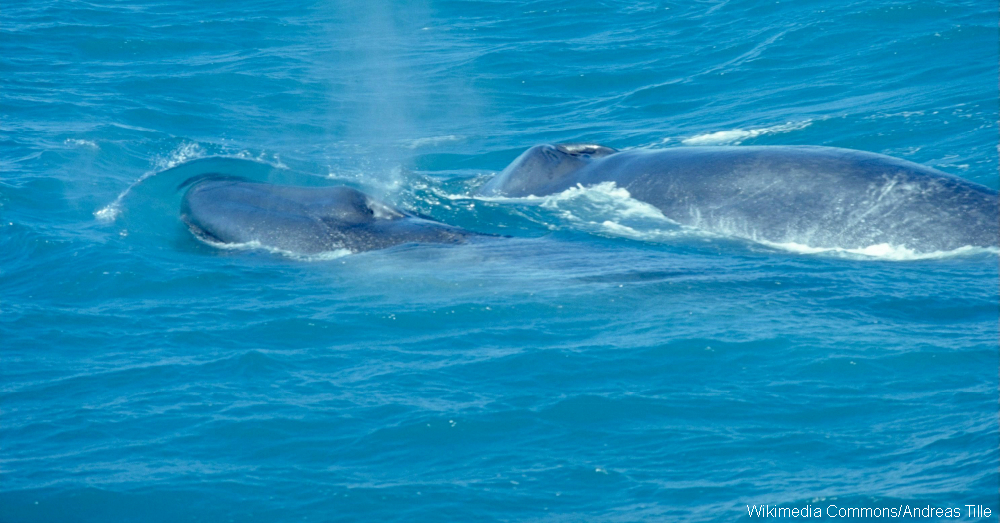 Blue whale babies, called calves, drink up to 60 gallons of their mother’s breast milk per day until they learn to hunt for krill on their own. Whale calves spend the first two years of their lives close to mom before reaching maturity around age 15. 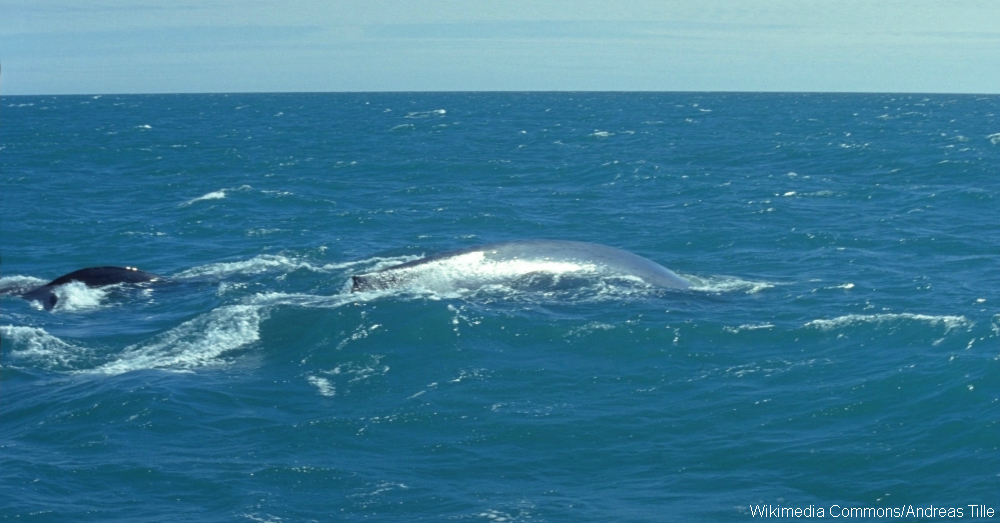 Calves gain 8 pounds per hour on the steady diet of mother’s milk, which is extremely high in fat.