12 Bizarre Animals You Have To See To Believe They Exist

Sometimes you come across an animal that simply surprises you, whether it’s because of its bright colors and fairytale “wings,” or because it appears to have human lips and bulbous eyestalks. Here are some of those types of animals that you have to see to believe they exist. 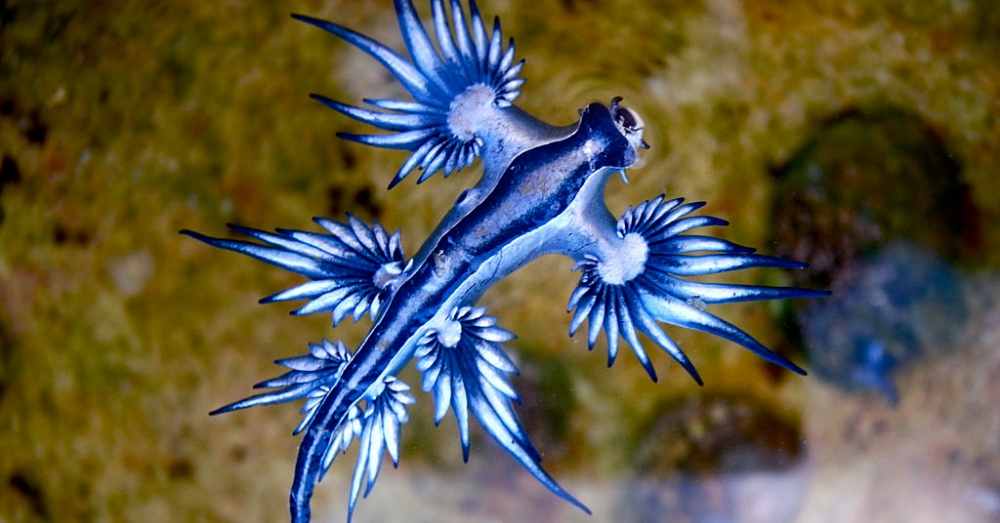 The blue dragon sea slug is easily the loveliest slug you’ve ever seen. While it’s like a snail minus the shell — that also lives in the water — it has something that typical garden snails don’t have: a toxic sting that can put a Portuguese man o’ war six feet under. 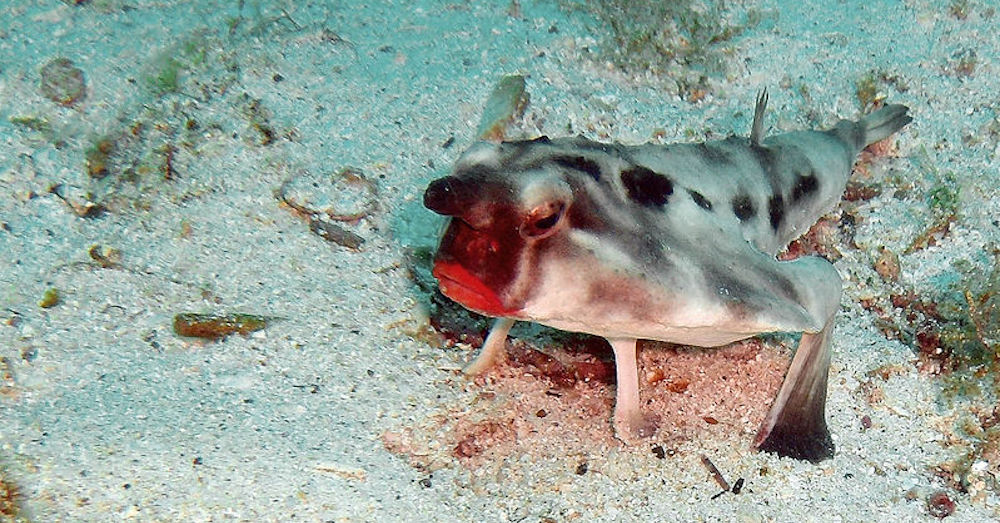 The red-lipped batfish looks like a cross between a bat, a human (with those red the lips), and a fish. It boasts pelvic and pectoral fins that look strangely like legs. The pectoral fins also resemble a pair of furled bat wings, hence the name. This fish gets even weirder with a dorsal spine on its head that glows in the black waters of the deep sea, perfect for luring in prey. 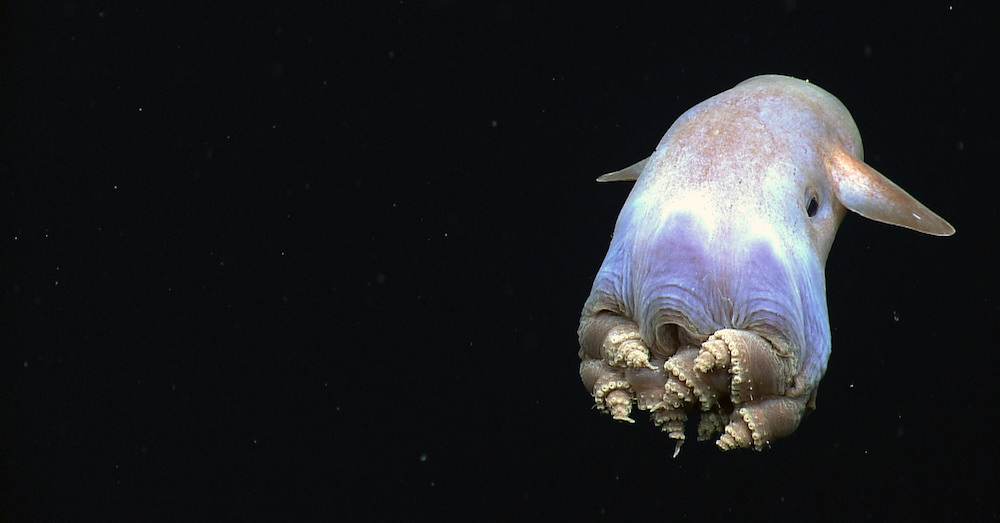 The dumbo octopus has the big, floppy “ears” similar to what made Dumbo, the animated Disney elephant, such an adorable character. However, these “ears” are actually fins that the octopus flaps like wings in order to steer itself, like a type of rudder. 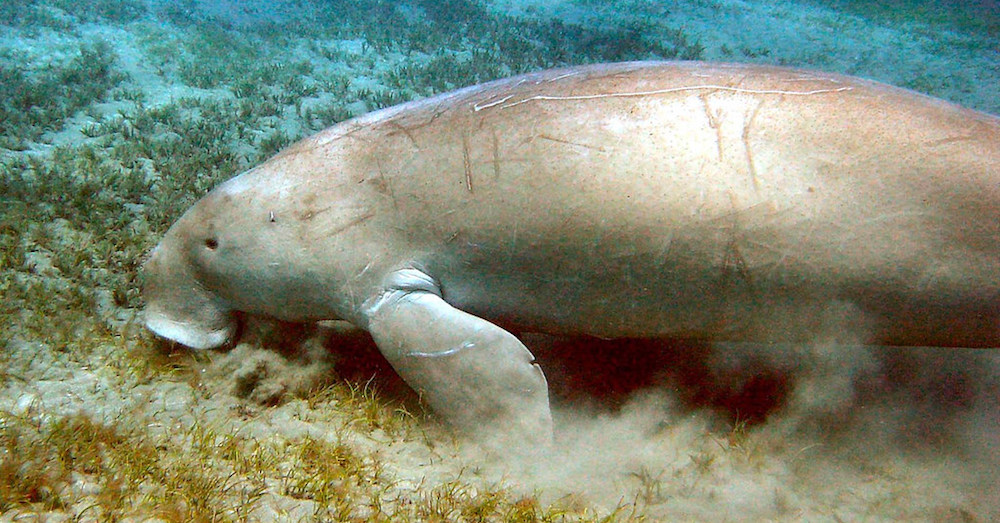 The dugong is a placid animal with an adorably bulbous shape and a rounded head. Known as a sea cow, it feeds on sea grass, making it — just like its namesake — an herbivore. 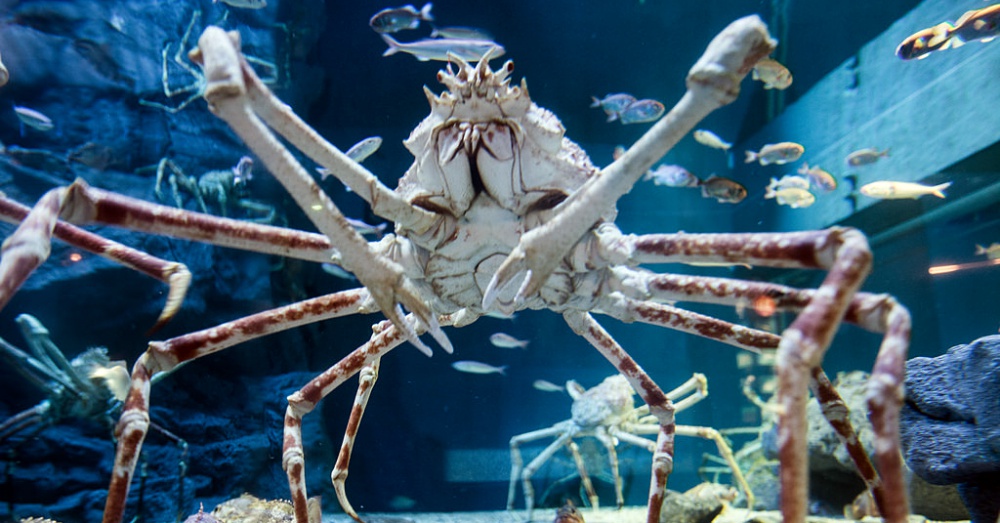 The Japanese spider crab is frighteningly large with a leg span of up to 12 feet. Its creepy, spidery appearance and dangerous claws make this crab look like a creature straight out of a sci-fi film. 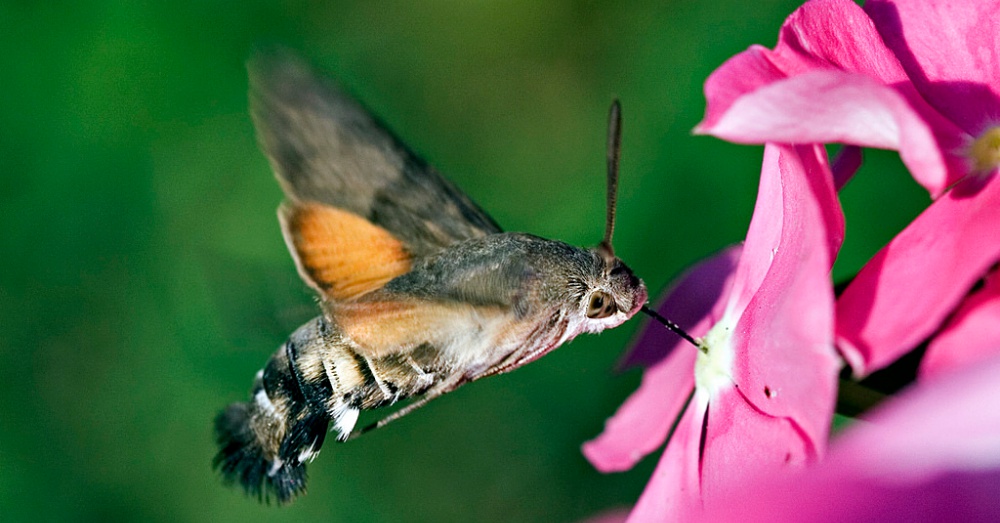 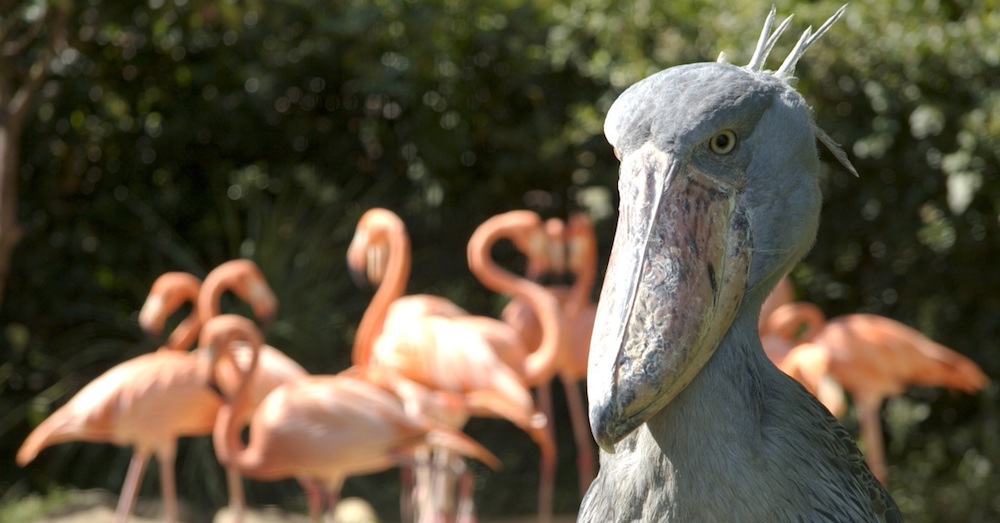 The shoebill has a face that only a mother — or a nature enthusiast — could love. Its wickedly sharp, pointed beak helps it capture all sorts prey, from eels to monitor lizards to even baby crocodiles. 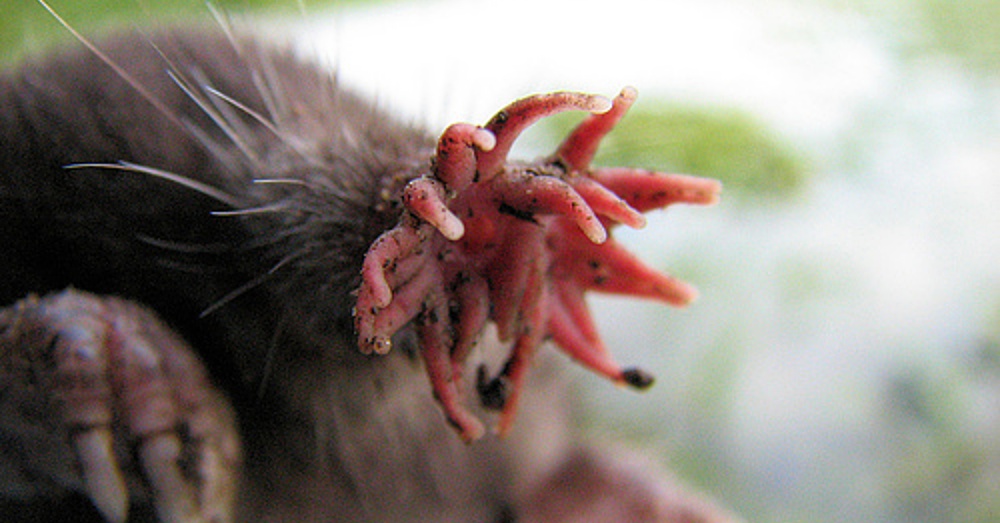 The star-nosed mole is a fascinating combination of cute and creepy. Its big feet and beady eyes give it an adorable look that’s juxtaposed against its tentacled nose. However, it’s this super-sensitive sniffer that allows this nearly blind animal to hunt with such speed and efficiency. 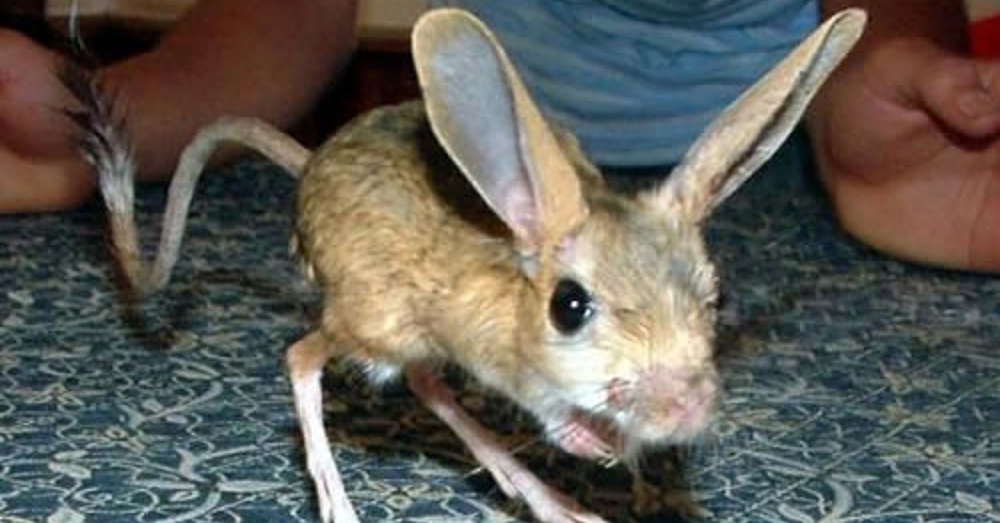 The jerboa, an African rodent, combines kangaroo-like legs, Dumbo-like ears, and a super-long tail to create one of the cutest rodents you have ever seen. It is these legs, enabling it to leap several feet, that help it to elude predators. 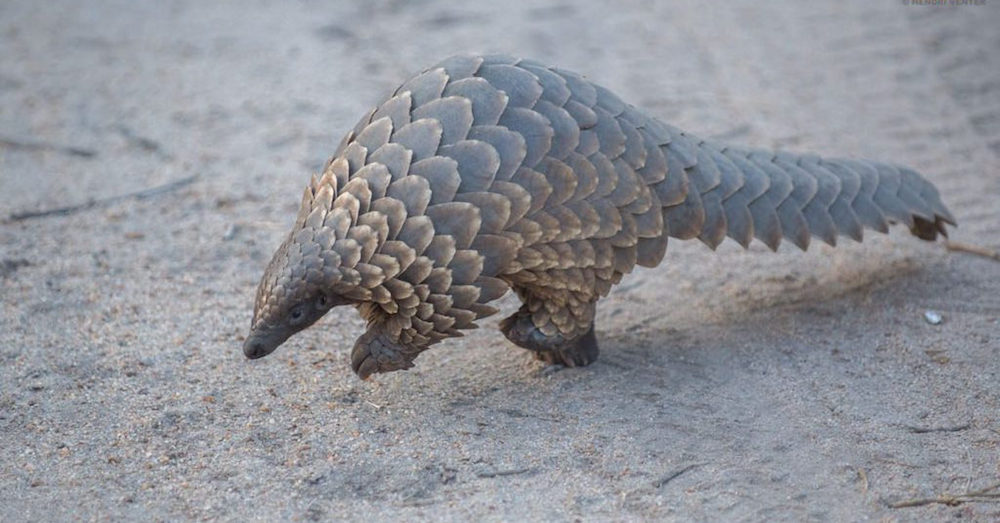 The pangolin looks like a scaled anteater. Like a hedgehog, it can roll into a ball when threatened, protecting its head and soft belly with armor. Despite its fearsome appearance, it’s actually very shy. 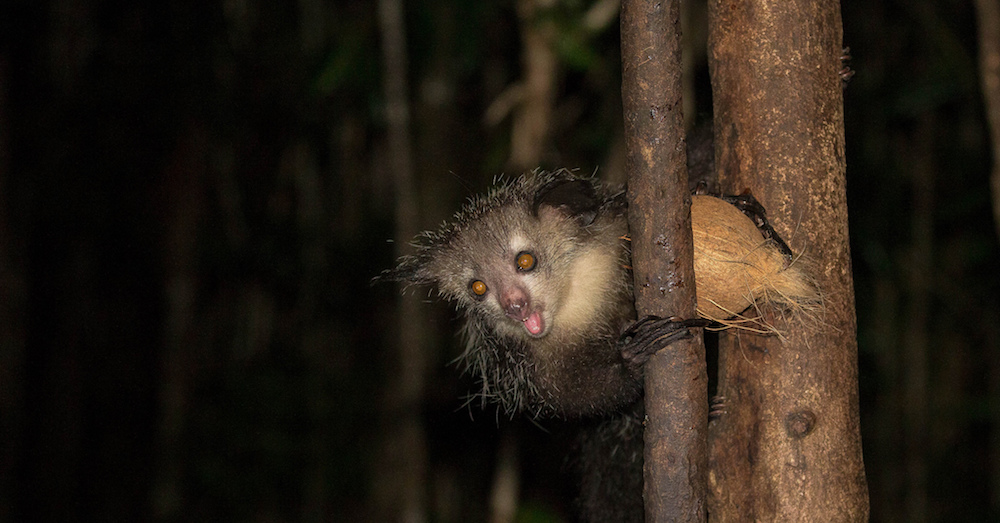 Similar to a lemur, the aye-aye only lives in the wild in Madagascar. Its long fingers, opposable thumbs, and big ears help it find and pluck insects from the trees in which the aye-aye inhabits. 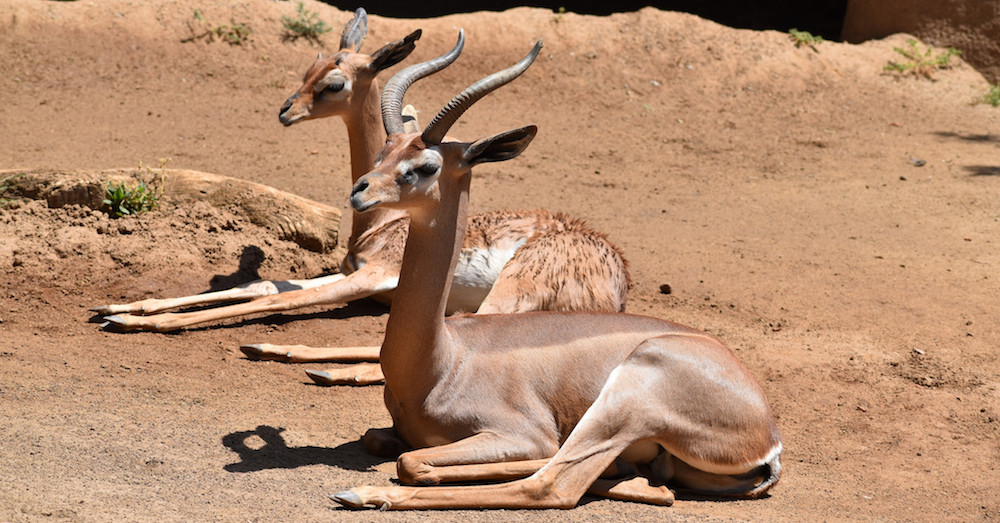 The gerenuk is a super-slender type of antelope. Its long legs and neck allow it to reach up high for green edibles. Why graze for grass when you can hoist yourself up high for fruit and other vegetation?

New and interesting species are being discovered all the time, like this wasp that turns cockroaches into willing dining companions (and not in a good way!) or this shrew that looks both like an elephant and an antelope. The more we see, the more we realize that nature’s cooler — and weirder — than we’d ever thought.