Indonesia may not make people think of wild pigs; however, scientists interested in the island chain recently captured video of wild pigs Bawean warty pigs in the country in late 2014 and early 2015 for the first time ever.

Before the video, Scientists had no hard evidence as to its habits, living conditions, diet and longevity. As the name suggests, Bawean warty pigs live on the island of Bawean in the Java Sea. Scientists believe this wild population arrived on the island before the Pacific Ocean rose and created the isolated environment. 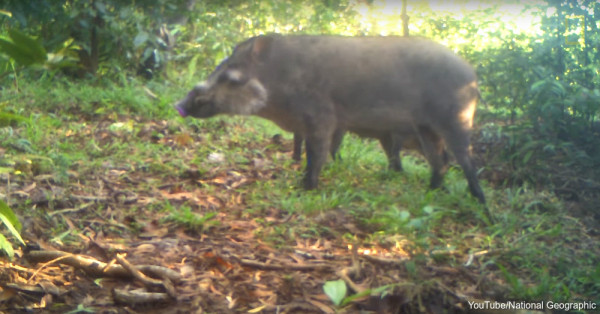 After setting up 100 camera traps around the small island, researchers found 92 separate videos of Bawean warty pigs in their natural habitat. They discovered the animals preferred to live on the edge of forests and usually came out at night. The pigs dig for tasty meals of tubers and roots along the forest floor. Males have large warts on their faces, which is where the “warty” in the name comes from, while females look similar to wild boars. Ecologists also estimated that only 250 Bawean warty pigs live on the island, which, if accurate, would mean they are likely endangered. 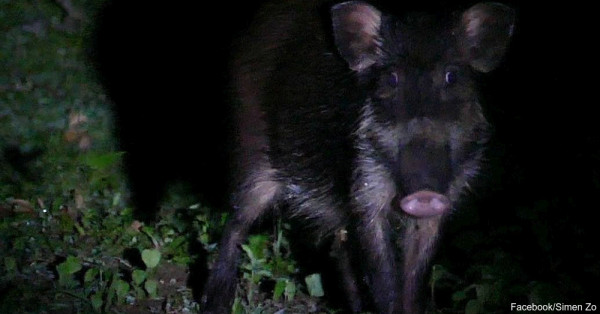 Why Are These Pigs Endangered?

The pigs only live on a remote island, which already limits their population growth. When the wild pigs come in contact with some of the estimated 75,000 humans who live on the island, conflicts arise and humans may kill the pigs. Scientists feel this important species, which offers researchers lessons about wildlife conservation and evolution in isolation, deserves further study.

Bawean warty pigs are just one of many fascinating animal species in Indonesia, a country rich in biodiversity due to its rainforests and remote locations. If you love pigs, check out this species of wild animal that looks like a pig but isn’t one.