The magnificent bald eagle performs a breathtaking courtship ritual before settling down to raise chicks. Bald eagles mate for life but aren’t necessarily monogamous. Males have been seen to have more than one mate.

Though scientists don’t know what bald eagle pairs look for in each other, when a bird finds a promising partner they engage in courtship rites that involve such performances as cartwheeling, says Live Science. This is when the eagles attain a great height, lock talons and spin as they plummet in midair. They then unlock and may try the technique again. Ideally, the birds unlock before they hit the ground, but couples have been known to crash. Eagles also playfully chase each other before they lock talons and roll. Another courtship action involves an eagle flying up to a height, plunging, flying back up, and plunging again. 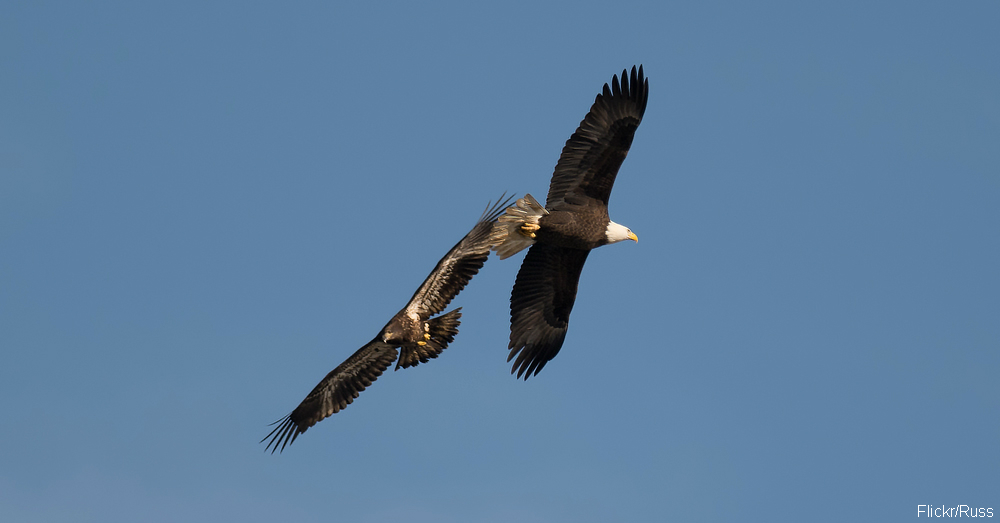 The eagle pair works together to build a nest, which is one of the largest built by any bird. A well-built nest can take a couple of months to construct and is sometimes 5 to 6 feet around and 2 to 4 feet tall. It’s made out of sticks, grass, moss, lichen, and lined with down. If trees aren’t available, eagles build nests on cliffs or on the ground near the shore where they most often find food. Both sexes work to build the nest, and nest building can also be thought of as a courtship ritual. 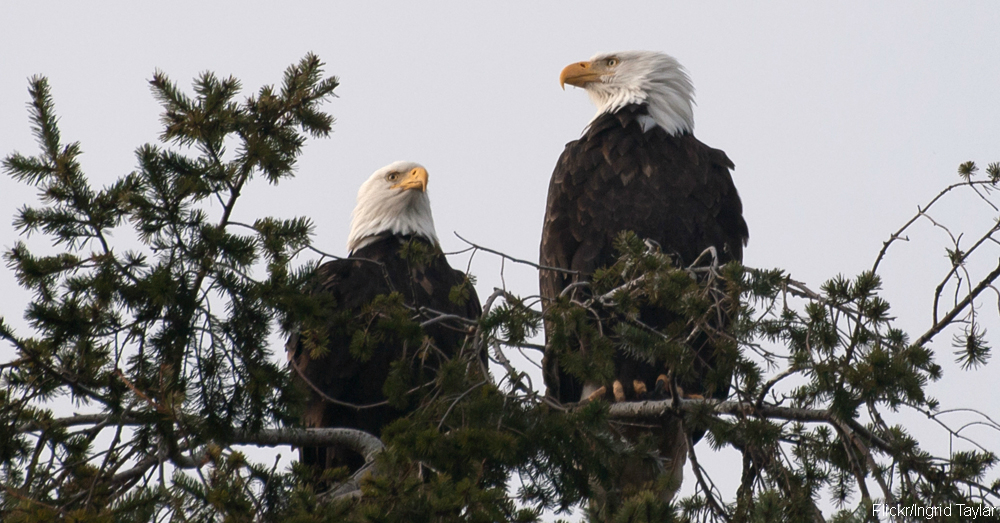 When the pair is sure that they’re right for each other, their courting becomes more intimate. They sit on the nest together, groom each other, call to each other and cuddle. Finally, the female allows the male to mate with her. The pair may mate a few times a day, and eventually the female lays a clutch of one to three eggs. Both parents sit on the eggs and take care of the chicks, which are called eaglets. Sometimes the eagles won’t mate during their first year together, and sometimes the male has two mates. All of them incubate the eggs and feed the resulting eaglets.

The bald eagles’ spectacular and strenuous courtship flights help bond the pair for life. Eagle “divorce” rates are very low, according to scientists. Here’s the happy result of all that rollercoastering and cartwheeling.