Most people know lions are at the top of the African savanna food chain. Likewise, most people have probably watched a nature video where a female lion takes down a zebra, antelope, wildebeest, or even elephant with a mix of stealth and raw power. There’s a reason humans call the big cat the “king of the jungle,” after all. Occasionally, however, a huntress or hunter decides to let a prey animal live. That’s exactly what happened when this lioness captured a tiny wildebeest. 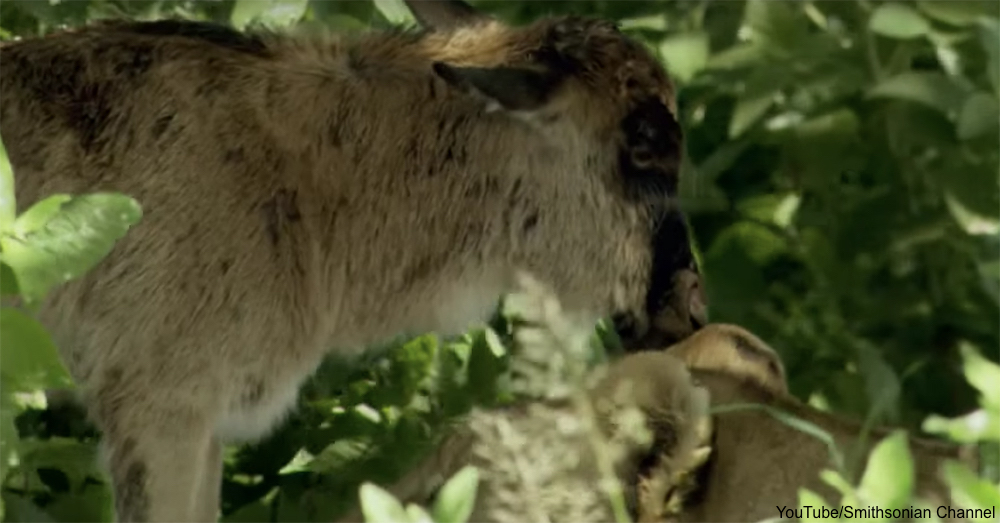 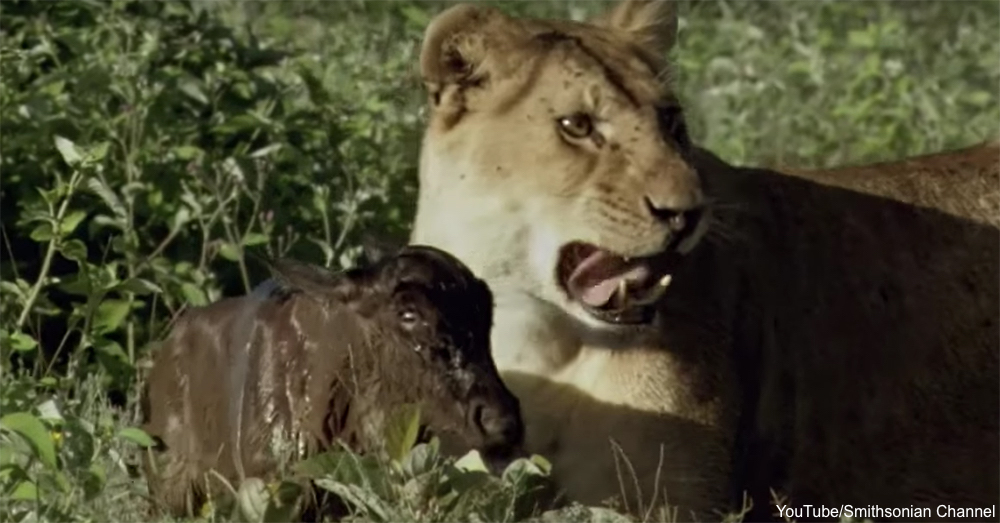 Sometimes, it seems, the instinct to eat is overpowered by the motherly instinct to nurture. In this video, a lioness on the hunt drives a mother wildebeest from its newborn calf. At first, the scene seems ready to play out as expected, as the lioness closes its jaws around the calf’s back. For some reason, however, she does not bite. Her teeth hover over the wildebeest’s head without closing violently. After a few moments’ hesitation, she begins to nuzzle and play with the calf. Instinct takes over from there, as the lioness becomes behaviorally imprinted as the wildebeest’s protector, and the calf follows the lion around. Eventually, the lion leaves the calf to hunt its relatives in the herd, and the little guy is reunited with its actual mother.

While not a regular occurrence, this is not the only known instance of a baby wildebeest palling around with a lion. Even male lions sometimes adopt the little creatures, but it’s often a fuzzy line between the lion keeping a pet and playing with its food. One safari guide told some travelers in Serengeti National Park that he once witnessed a large male lion keep a baby wildebeest around for three days. The relationship only ended when the calf wandered off as the lion slept.

Nature is full of majestic sights and creatures such as this lioness and wildebeest calf.