Emerald ash borer beetles have been wreaking havoc throughout the United States since their discovery in 2002. While they were first spotted in Michigan, they traveled west from there, and everywhere they go, they destroy ash trees in their path. Scientists who have been studying the beetles have noticed something interesting about the way these beetles see certain colors, and they hope this ends up being the key to stopping these invasive pests. 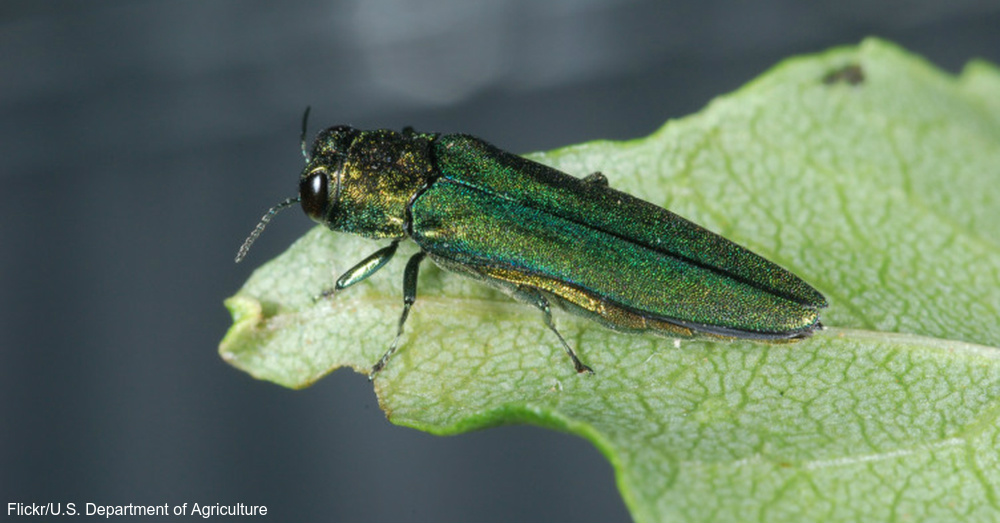 According to the Emerald Ash Borer Information Network, the larvae actually do the bulk of the damage to ash trees. Adult beetles merely take a nibble here and there, but the larvae eat the tree’s inner bark, so it can’t transport water or nutrients correctly.

How much damage could these larva do? So far, the emerald ash borer is responsible for destroying over 50 million ash trees across the United States, including the majority of the ash trees on the East Coast. The number keeps rising as the beetle spreads farther west. Researchers at Brigham Young University have been studying the beetle to better understand it and hopefully find a way to stop it. One thing they’ve found is that purple-colored traps attract more beetles than black or green traps. Beetles aren’t able to see the color blue, but the beetles may have evolved separate copies of certain genes and then modified them, so they’re sensitive to blue light. If true, this is an amazing and exciting discovery. 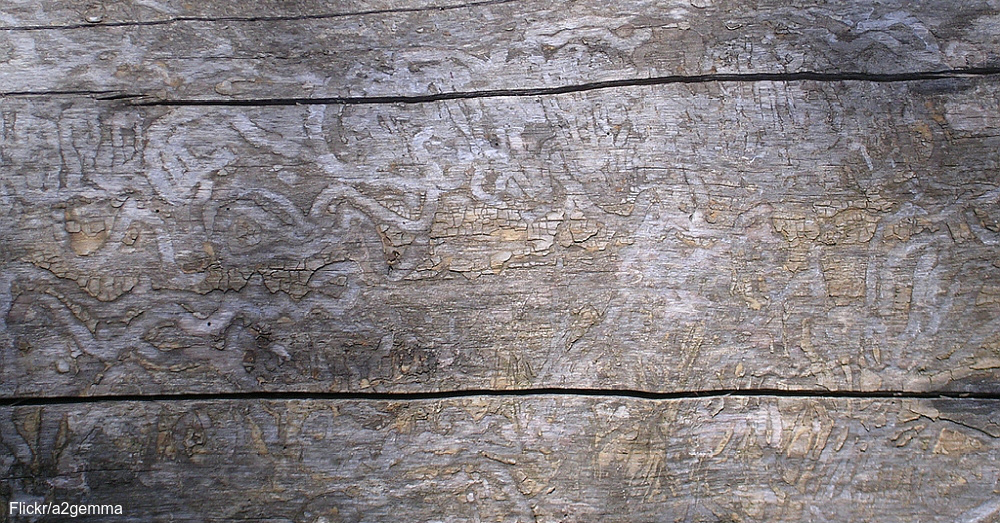 Color vision is vital for the beetle, as it uses its vision to find mates and to locate trees to call home. If researchers could shut down certain genes and prevent this beetle from mating or finding trees, they could stop its path of destruction.

Hopefully researchers can find a way to stop the emerald ash borer beetle before it does much more damage. This beetle isn’t the only invasive pest out there. Check out this article on the world’s worst invasive animal species.