For the most part, the tundra is a harsh, monotonous, forbidding place. However, from the air, observers notice that splashes of verdant garden dot the countryside. The green areas pinpoint the location of arctic fox dens. A study published in April 2016 in the journal Scientific Reports emphasizes the amazing roles that these foxes play as environmental engineers. 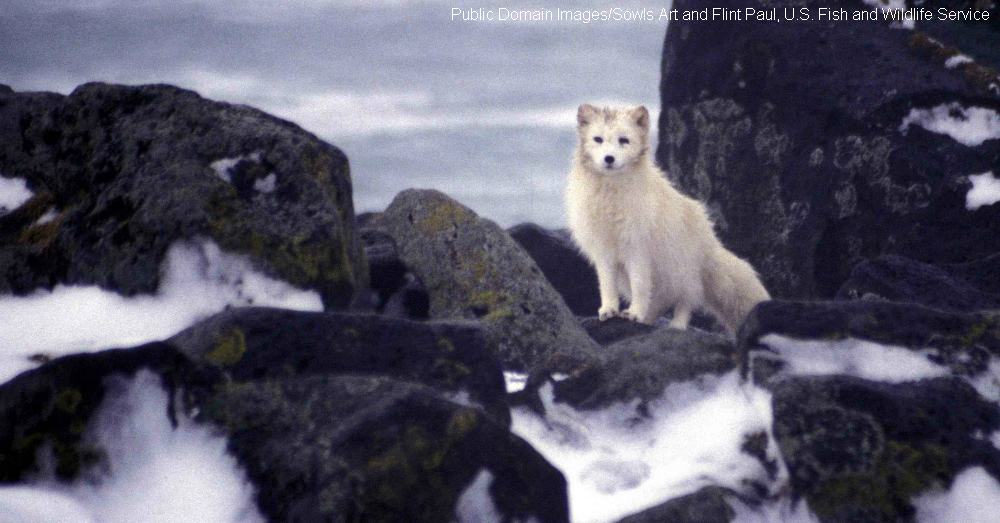 Arctic foxes are so well-adapted to survive the cold of winter in the far north that they do not hibernate. Their dense white fur has a thick undercoat that keeps them warm in temperatures as low as negative 90 degrees Fahrenheit. Their stocky bodies and their thickly furred paws conserve heat. In winter, they live in dens deep underground, usually in units of an adult male, an adult breeding female, an adult non-breeding female and litters of up to 16 pups (also known as cubs or kits).

Wildlife biologist Brian Person has spent almost 10 years studying the movements of arctic foxes in northern Alaska. Besides fitting GPS tracking collars to foxes, he relies on visually spotting the starkly colorful foliage around their dens. His work has prompted the first research study on the role of arctic foxes as ecosystem engineers. 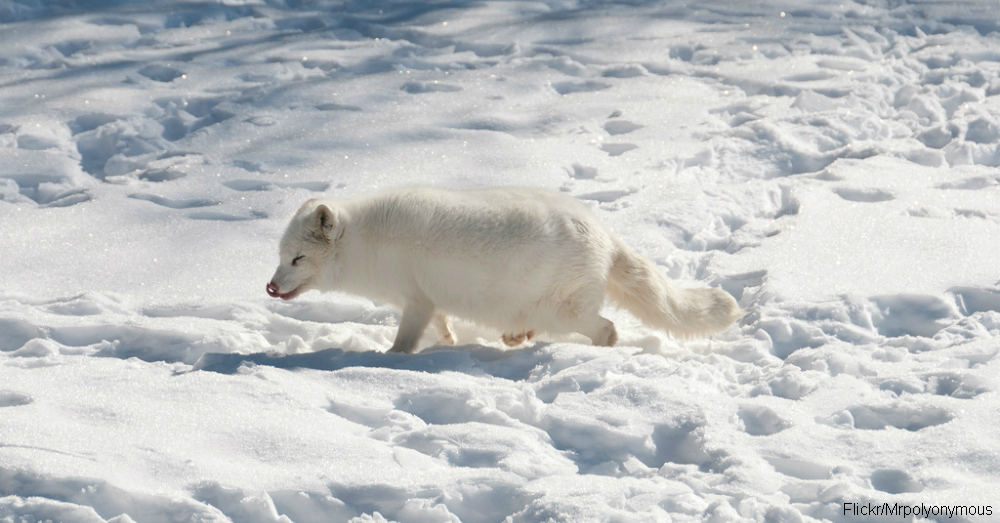 Arctic foxes typically choose den sites in elevated areas such as river banks, mounds, and ridges. Once they find suitable locations, generations of foxes may return to them for centuries, reusing the same sites over and over again. The areas around the dens build up high levels of nutrients through feces, urine, and the remains of kills. These nutrients foster the growth of gardens of dune grass, wildflowers, and willows in almost three times the amount of the rest of the tundra during summer. The lush oases in turn attract herbivores that feed on the vegetation.

It’s astonishing that such a small animal could have such an enormous impact upon the tundra wasteland. Arctic foxes are extremely attractive animals as well. Watch this video of adorable arctic fox pups romping in the snow.