Once an animal becomes critically endangered, it sometimes seems like the slow decline to extinction is unstoppable. However, the captive breeding program that reintroduced the Arabian oryx shows that things may not always be as hopeless as they seem. 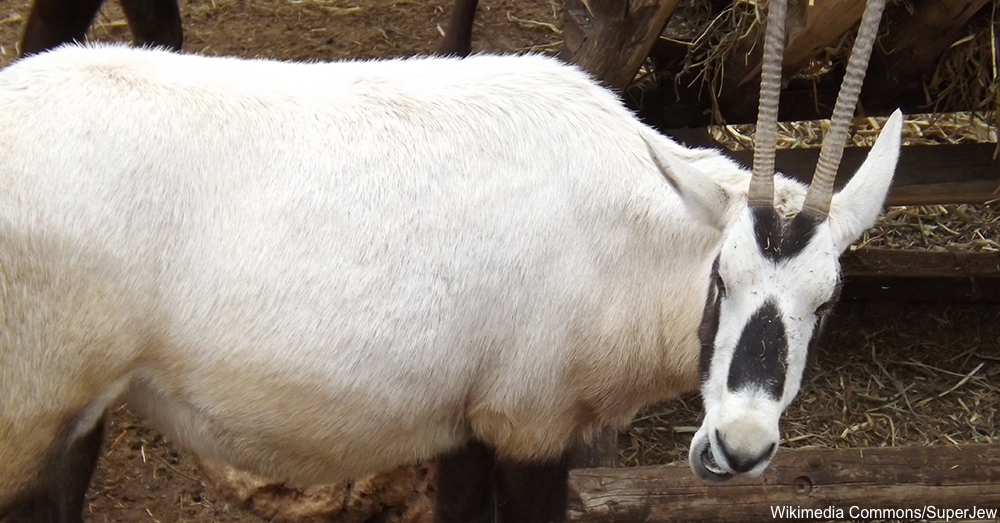 The Arabian oryx is a stunning antelope that is perfectly adapted to desert life. During the summer, it can reduce its water consumption so much that it can subsist on the dew forming on leaves. Its light summer coat reflects the harsh desert sun, but a thick winter undercoat traps warmth during chilly desert nights. These antelope can smell water for miles and travel to follow distant storms. Their distinctive long, straight horns often look like a single horn when viewed in profile, which may have inspired the myth of the unicorn.

Despite these amazing adaptations, the Arabian oryx was extinct in the wild as recently as the 1970s. Their decline was largely due to hunting, although increased urbanization and the resulting loss of habitat also played a role. Fortunately, zoos and conservationists were aware of the problem and took steps to prevent it. Zoos around the world, including the Al Ain Zoo in the United Arab Emirates and the Phoenix Zoo in the United States, teamed up to create a diverse and healthy captive breeding program. They then began gradually releasing captive-bred oryxes into the wild in various countries around the Arabian Peninsula, including Oman, Jordan, Israel, Saudi Arabia, and the UAE. 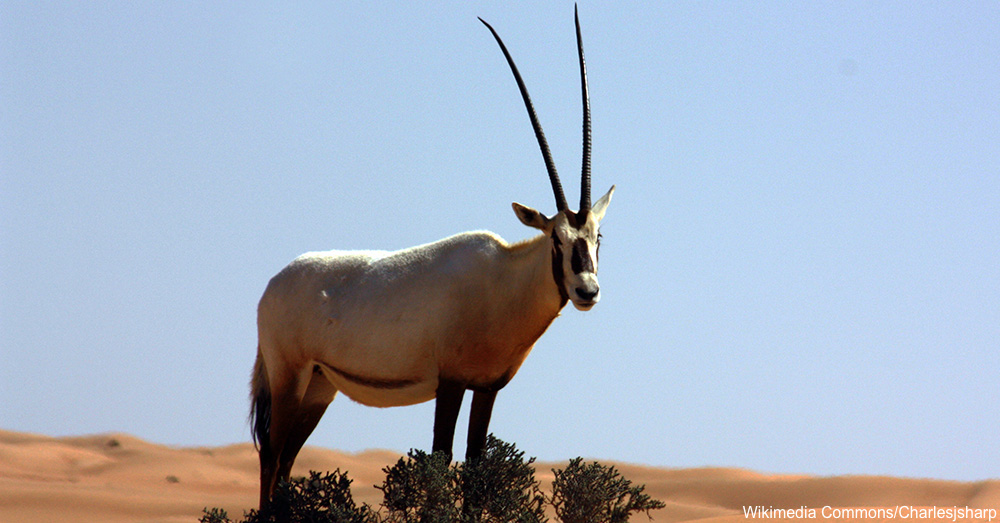 As of 2011, conservationists estimated a wild population of about 1,000 animals, which meant that the species was still endangered. However, as of 2016, that number has skyrocketed to about 5,000 animals, which is enough to reclassify them as a vulnerable species. This is the first time in the history of the International Union for Conservation of Nature Red List that an animal species went from “extinct in the wild” to “vulnerable,” a three-level improvement within the organization’s threat classification system.

The recovery of the Arabian oryx is an unprecedented success story, but there is still more work to do. Learn about the mysterious deaths of another antelope species that conservationists are working to save.