The California condor is a large, majestic bird, but the species is critically endangered despite strong conservation efforts. When a pair of condors lost their egg before it could hatch, biologists came up with a creative plan to give them a foster chick.

California condors have wingspans of around 9 feet and stand about 50 inches tall. Their impressive status makes it difficult to believe that they face serious threats, but at one time, the species was almost entirely extinct in the wild.

In 1985, there were only nine known wild condors, and biologists decided to capture them to focus on a captive breeding program with a goal of releasing them into the wild in stronger numbers. 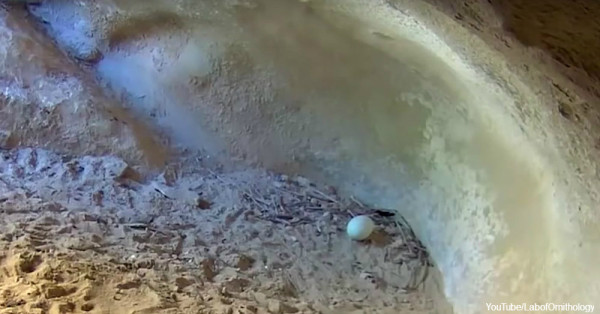 This program proved successful and, as of 2010, there were 104 adult condors living in the wild. However, only 44 of them have produced surviving offspring. Eggs and chicks are vulnerable to predation. Biologists carefully monitor breeding pairs, using cameras to unobtrusively keep an eye on the nests.

That’s what they were doing in March 2016 when the egg they were watching disappeared overnight. Thinking quickly, biologists rappelled to where the condors were nesting and slipped a fake egg into place while the birds were out. The mother accepted it and began to incubate it. 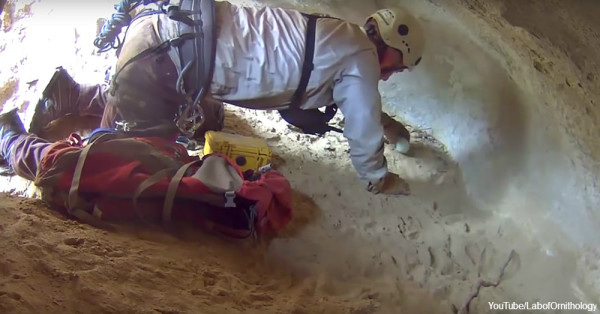 While she was busy looking after the fake egg, biologists located a suitable live egg in the captive breeding program at the Los Angeles Zoo. They again rappelled to the nest and made the switch. The parents again accepted the egg, which hatched on April 4, 2016. The chick appears healthy and the parents are taking good care of it.

While California condors are making a comeback, in part due to careful monitoring and clever solutions like this, they still have a long way to go. Condors are threatened by habitat loss as humans increasingly move into their foraging and nesting grounds. Since they are scavengers, they are also susceptible to lead poisoning from ammunition left behind by hunters. 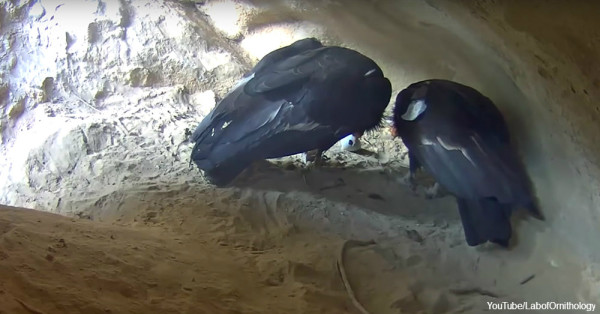 Condors are one of the more famously threatened species of wildlife in California, but entire ecosystems are in trouble. Click here to learn how California’s severe drought conditions are affecting forests.