The deepest parts of our planet’s oceans are home to some of the most incredibly strange-looking creatures, some of which look like they have come straight from another planet.

Fish with lightbulb-looking protrusions coming from antennae, giant squids, sharks that look like real-life monsters, and so much more inhabits the depths.

But sometimes, you stumble across a creature that is as beautiful as it is weird: and it’s called the comb jelly. 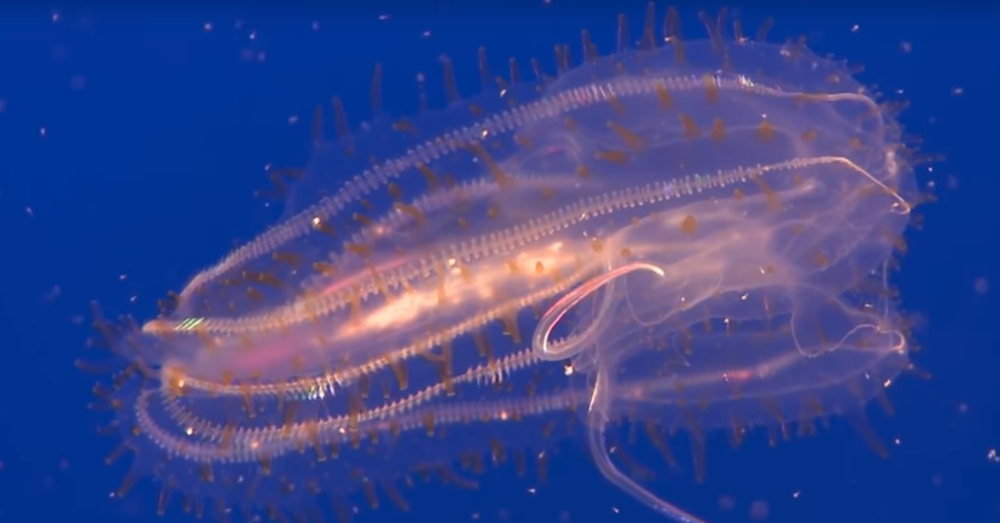 Technically classified as a Ctenophora, these jellyfish-like organisms look very similar to the vast amount of jellyfish that inhabit the ocean, but they have one key difference.

Normal jellyfish move around by swishing their long mass of tentacles though the water to help propel them along. Comb jellies, however, use tiny hair-like follicles, called cilia, in order to get around. And when light hits those cillia, it makes these creatures look like they have lights from a UFO.

Since these tiny cilia are constantly moving, they create all kinds of different colors when light hits them, much like a prism would catch light from the sun and display it as a rainbow. So when scientists get to film comb jellies, their bright white lights from their submersible vehicles create the perfect light for the amazing colors to come out. 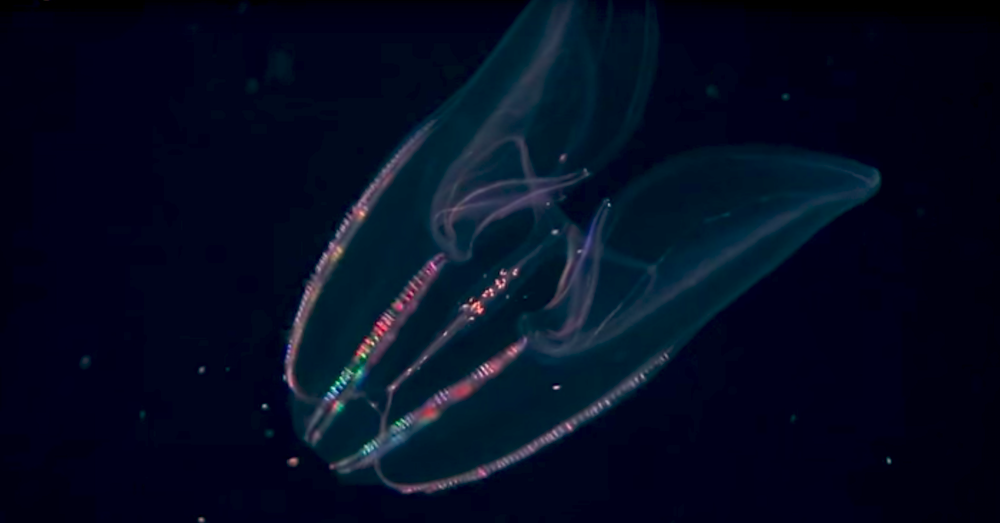 Comb jellies can vastly vary in size, starting as small as only a few millimeters long and going all the way up to nearly five feet, and they are also serious predators.

These particular jellies can feed on prey ranging from tiny microscopic larvae to something as large as a small crustacean. The juveniles of the species, however, start off life as a parasite and feed on the waste of their parents.

Another fascinating fact about these beautiful creatures is that they don’t need another adult in order to produce offspring. They can produce both an egg and sperm on their own, allowing them to fertilize themselves.

If you have your heart set on finding some of these jelly-like animals, you can find them in basically any ocean in the world, both on surface and deep underwater, so you just have to be in the right place at the right time!

To learn more about them, check out the video below and be sure to enjoy the lightshow.