Scientists, whose days consist of exploring the depths of the ocean in order to research and discover the lesser known creatures of our planet, often miss potential discoveries.

They could have been in the right spot just a few seconds too late, an animal could have swam just out of view of their cameras, or a creature could have had such good camouflage that they just missed it entirely.

One such animal is the cockatoo squid. 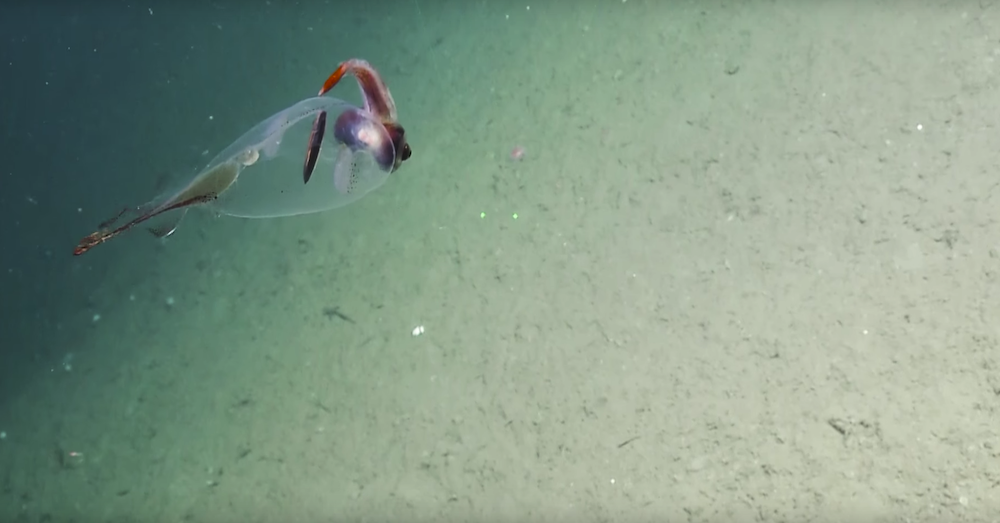 With a body that is almost entirely see-through, it is almost impossible to stumble upon one of these amazing cephalopods, especially in the depths of a very dark ocean.

The cockatoo squid, also known as the glass squid, has a body that is filled with ammonia in order to help it float along in deep water. Since the body is completely translucent, observers can see right through to its digestive gland in the middle of its body!

These extremely unique animals are not like normal squid because instead of having their tentacles at the end of their body, they have them tentacles right on the top of their head, giving them a very special look.

Like other squid, the cockatoo squid contains the ability to change the few colors it has on its body with color-changing chromatophores. By flashing reddish hues through its body, the squid can blend in ever better to its surroundings. 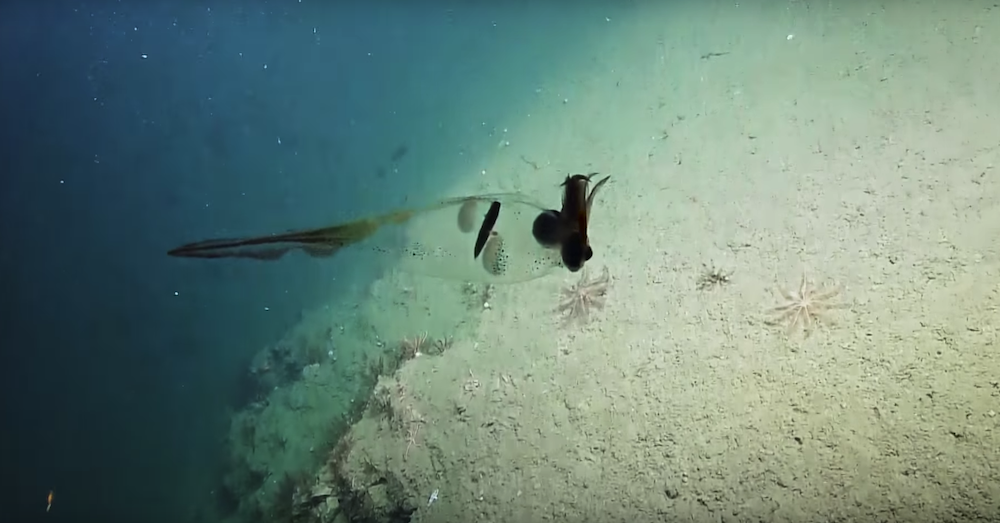 This particular species makes its home in the Northern Pacific Ocean and it usually tries to hide in partially lit sections of the ocean so that it can hide better in plain sight.

Cockatoo squid are also quite small. At their biggest, these squid only usually reach about 20 inches long.

But one thing is for sure, these small transparent creatures are actually pretty adorable!

Check out the amazing footage from the Nautilus submarine scientists below!