A scuba diver swimming off the coast of Florida came uncomfortably close to one of the largest great white sharks ever captured on camera.

The shark came into view and swam off without taking much interest in diver Jim Cocci, who was swimming near the Breakers Reef, about a mile from the Breakers Hotel in Palm Beach, when the video was recorded, Space Coast Daily reports.

Cocci has been scuba diving for 53 years. Until this incident, he had never come so close to such a large shark. 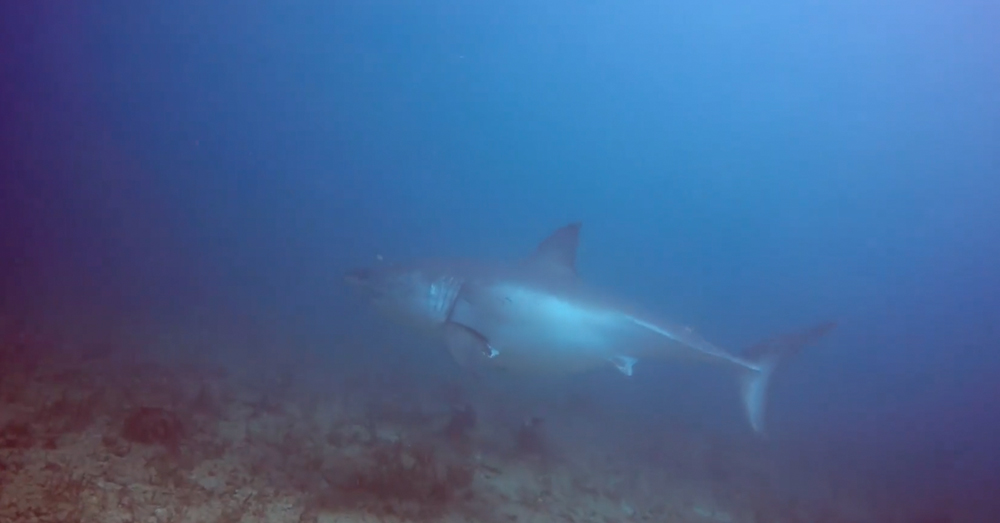 Source: Facebook/Jim Cocci
This great white shark is estimated to be 15-20 feet long.

“Only need two words to describe diving West Palm with Walker’s Dive Charters today: ‘Great White,’” Cocci wrote in the Facebook post that accompanied his video. The post has since attracted nearly 90,000 views.

“You could dive decades there and never see a white passing thru. Incredible encounter!” commented RJ Durham.

“You share some of the most incredible pictures and videos of the underwater world. Love them,” wrote Susan McNamee. 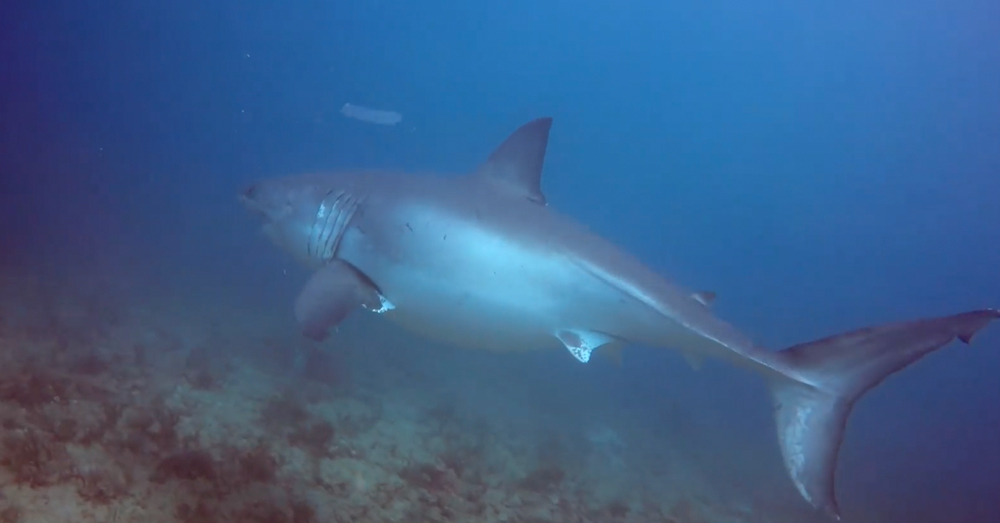 Source: Facebook/Jim Cocci
This was the biggest great white shark photographer Jim Cocci has ever seen in his 53 years of diving.

Cocci was asked how often he comes across great white sharks near the Breakers Reef, to which he replied, “Never been one reported on that reef, but some ‘cruise by’ now and then.

Watch this shark encounter in the video below.

A great white nicknamed “Deep Blue,” estimated at about 50 years old and weigh 2.5 tons, is thought to be the world’s largest shark. Deep Blue has also been photographed in close range near the Hawaiian island of Oahu, the Independent reports.

PHOTO BY @juansharks 😍😱🤭😳😍 Maybe my fav photo of me (@oceanramsey) and Shark ohana 🦈 of all time so far 😳😍😱 It’s so hard to choose, so many beautiful moments I am so eternally grateful for sharks please help save them. I am without words and at the same time I think I never stop speaking up for sharks, I am grateful beyond measure for my experiences and what they have taught me. This photo was taken yesterday off my home waters of Oahu, Hawaii when hey Shark I think I’ve met previously in Isla Guadalupe graced us with her big beautiful incredible presence 💙 I headed out with my team from @oneoceandiving (my ❤️ @juansharks ) and @mermaid_kayleigh @forrest.in.focus @camgrantphotography for a day I will never forget. I’ve been trying to get the bill re-introduced in Hawaii to ban the purposeful killing of sharks and rays and this just feels like the biggest sign to keep pushing forward for more protection for them. Shark populations around the planet are severely declined. They need protection from targeted shark fishing for shark been soup and sport fishing. Please speak up in your own community and help support international efforts. #helpsavesharks #savesharks #shark #greatwhiteshark #sharks #oceanramseyandgreatwhite #oceanramseygreatwhite PHOTO BY #JUANSHARKS #Sharkphotographer #Sharkarma #savetheocean #instagood Join me at my team to learn about sharks OneOceanDiving.Com @oneoceanresearch @oneoceanconservation @oneoceaneducation @oneoceanglobal @oneoceanhawaii @waterinspired New conservation benefit tiger shark biomimicry wetsuit by @xcelwetsuits #instagram #discoversharks #instagood #ocean #incredible #amazing #beautiful Photo by @juansharks 😘😍❤️🦈❤️

The World’s Fireflies Are Disappearing Because Too Many Lights Are Being Left On: Click “Next” below!