The Fate of Our World

Earth’s climate has changed frequently throughout history. According to NASA’s Global Climate Change site, “Just in the last 650,000 years there have been seven cycles of glacial advance and retreat, with the abrupt end of the last ice age about 11,700 years ago marking the beginning of the modern climate era — and of human civilization.” However, Earth’s record of change cannot account for the current warming trend we are seeing today. This trend, as NASA explains, is especially significant due to the extremely high probability, of over 95%, that it is a result of human activity. There is no denying that, by nature, carbon dioxide and other greenhouse gases trap heat, resulting in the overall warming of the Earth. This is resulting in global temperature rise, warming oceans, shrinking ice sheets, glacial retreat, decreased snow cover, and much more.

So, what can we do? When faced with these facts, many people begin to experience “eco-anxiety” over the fate of our world. While we as individuals can make lifestyle changes to live more sustainably, we alone will not be able to stop and reverse the effects of human-caused climate change. We need the help, funding, and cooperation of governments and large corporations to enact real change.

The UK Steps Up

The United Kingdom has recognized these patterns, and has started backing efforts to tackle climate change. The Wildlife Trusts is funding 12 new projects that will focus on rehabilitating failing habitats and reintroducing essential wildlife throughout the UK. This ranges from restoring kelp forests off the Sussex coast to expanding salt marshes on the Essex coast to restoring woodlands in Derwent Valley in order to reintroduce pine marten and red squirrels.

“We urgently need to be thinking about how we can let nature help in tackling the climate crisis [and] how it can help with adaptation. A lot of that is about holding water back in the landscape: recreating our wetland, restoring our peatland and reintroducing beavers,” explained Craig Bennet, chief executive of the Wildlife Trusts. “We know there is a lot of eco-anxiety and sometimes people feel we are not changing fast enough. If we can establish large-scale projects and actually start to turn things around, we can demonstrate what can be done in the UK.”

In addition to these 12 projects, researchers will also start investigating the best ways to protect the UK’s ecosystems from the rising temperatures, while also considering the reintroduction of species that are locally extinct. This research is backed by the players of the People’s Postcode Lottery, with nearly £2m of funding. “We’re delighted funding raised by our players is helping the Wildlife Trusts restore habitats across the country that play a key role in accumulating and storing carbon,” said Laura Chow, head of charities at PPL.

Among the several projects benefiting from this funding includes the restoration of wetlands, known as the meres and mosses, in the West Midlands. John Hughes, development manager at Shropshire Wildlife Trust and lead on this wetlands project, is hopeful that these projects will encourage more support from the general public. “If you want to inspire people, you do something like a beaver release,” Hughes remarked. “It’s not about the individual animal. It’s about explaining that nature has many of the answers to the problems that we face. Beavers are a wonderful solution to so many problems that beset wetlands in this country.”

Beavers are incredibly resourceful and essential animals in our ecosystems. Their industrial minds help maintain wetlands as their dams prevent any downstream flooding. This not only benefits the wetlands, but also the amphibians, insects, plants and fish that depend on this habitat for survival. If successful, once the wetlands have been restored, beavers will be reintroduced into the area and, hopefully, their maintenance of the area will encourage a population rebound for the other local species.

Dr. Gwen Hitchcock is a senior monitoring and research officer for the Wildlife Trust for Bedfordshire, Cambridgeshire, and Northamptonshire. She emphasizes the importances of protecting native insect species, recognizing how a constantly changing climate can make it difficult for insects to adapt to the temperatures around them. Dr. Hitchcock’s project focuses on different designs for butterfly banks in the chalk grassland, searching for the best construction to increase insect populations.

“Butterflies have very limited ways of influencing their own body temperature,” Dr. Hitchcock explained. “Research has showed the large, [more pale] butterflies are better able to protect themselves from extreme temperatures, but darker and smaller species — particularly specialists — find it harder. Depending on how much the climate changes, it may be that all of our species end up relying on particular habitat features. The aim of this study is to work out which features are going to be the best for them.”

Butterflies are an integral part of our environment, aside from deserving protection in their own right. Their fragility and sensitivity to environmental changes make them a key tool in analyzing the extremes of climate change. They are used constantly in biological research when investigating navigation, pest control, embryology, mimicry, evolution, genetic, population dynamics, and biodiversity conservation. Butterflies are also a key indicator of a healthy ecosystem, as they denote the presence of other invertebrates, which make up over two-thirds of all species.

The United Kingdom is taking a great step towards repairing the damage humans have caused to the environment. By funding these essential projects and backing imperative research, not only are they providing the financial stimulus necessary to make positive change, but are showing the public that these are issues are taken seriously by their government. The expectations for conservation efforts has been set and hopefully other countries will rise up to meet them.

Save the Monarch Butterfly from Extinction 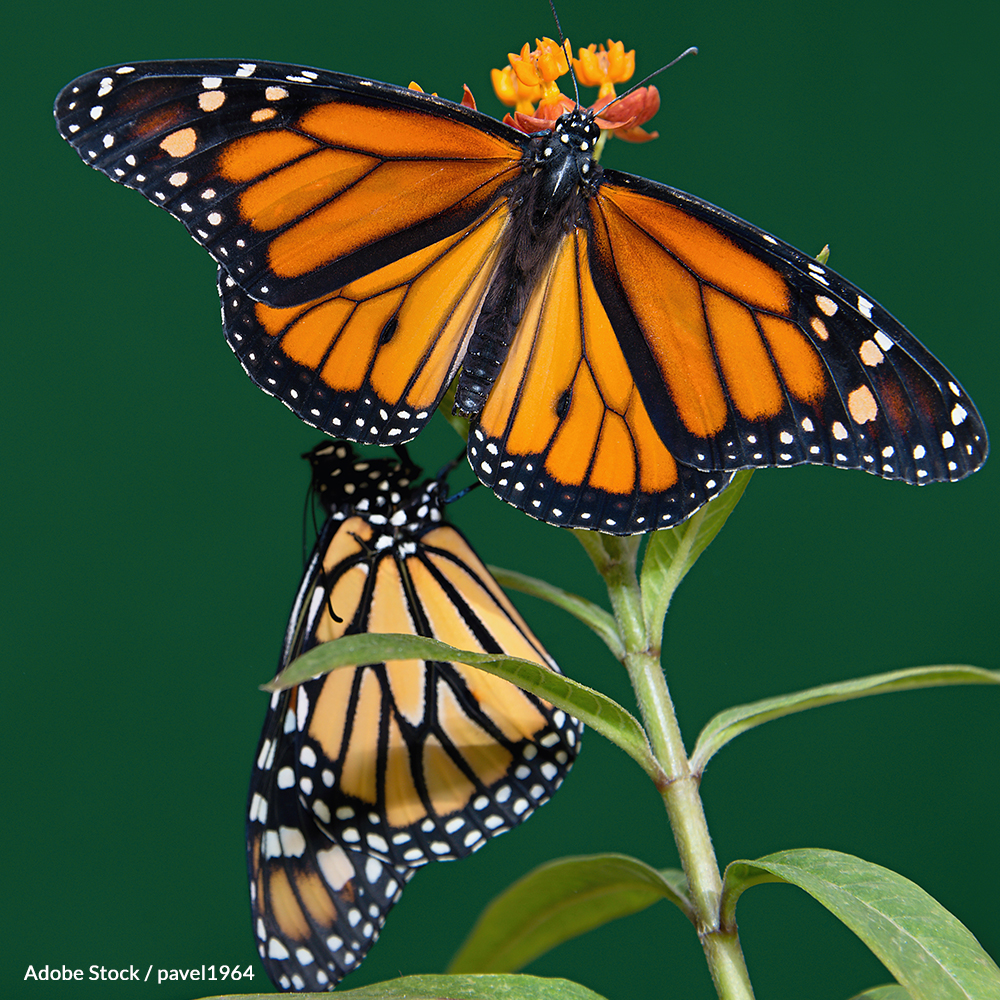 The U.S. Fish & Wildlife Service admits that the monarch butterfly is endangered. Let’s make it official!

Sign this petition and join thousands of others in demanding the U.S. Fish and Wildlife Service and the Department of the Interior amend the Lists of Endangered and Threatened Wildlife and Plants to include the monarch butterfly.