Growing a vegetable garden can be difficult due to unpredictable weather and thieves.

Jeff Permar planted the seeds and took all the necessary precautions to protect his growing veggies. He was no stranger to wild animals attempting to help themselves to his lush garden, but thought a wire fence and scarecrow would deter most of them.

One day he noticed that there were chunks missing from multiple tomatoes and was determined to find the culprit. Jeff placed motion cameras on his garden and was shocked by what he saw. His phone sent him a motion notification and when he opened it he saw a groundhog pop up right in front of the camera. 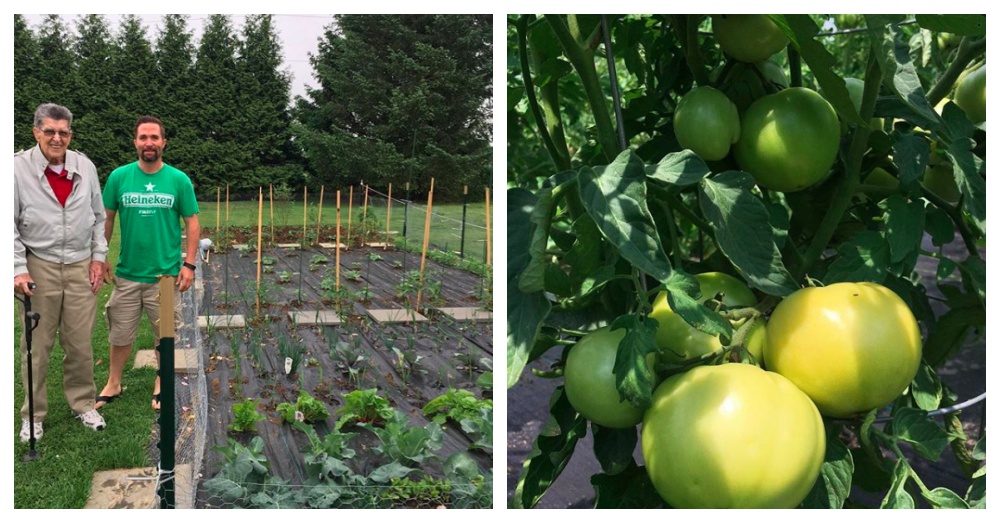 Not just any groundhog, but a brazen one that stole from Jeff’s garden at least three times a day. Once the groundhog had stolen a tomato or carrot from the garden he would sit in front of the camera and stare into it as he devoured his spoils.

It was like he was saying, “I’m eating your garden. What are you gonna do about it?” 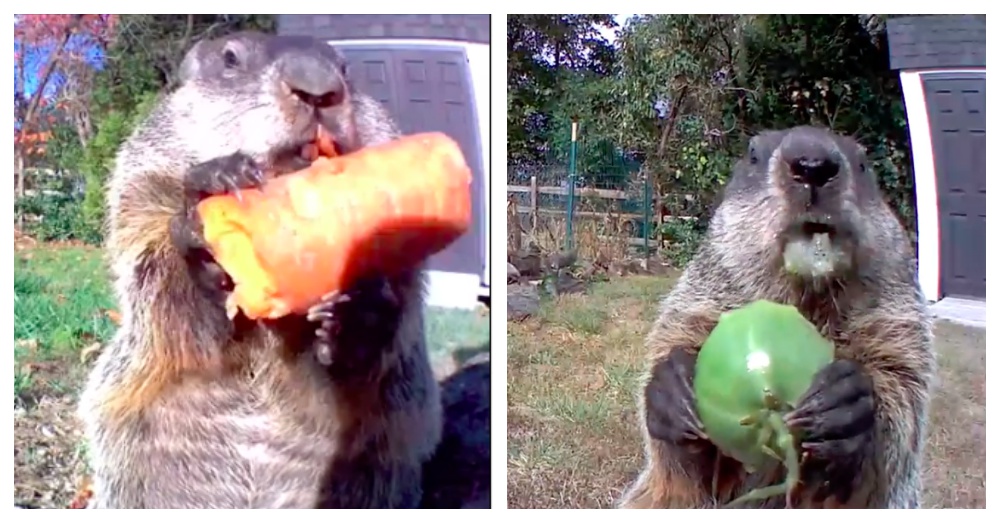 Jeff was initially upset and told The Dodo, “Oh man, I can’t believe this is happening.” He replaced his fence with a taller one and placed logs along the perimeter, thinking it would prevent the groundhog from entering. He soon found out his attempts were useless.

While the camera detected raccoons and other wild animals partaking from the garden, they all grabbed and ran. Instead of fighting the groundhog, Jeff embraced his new friend and actually looked forward to seeing him on camera. The adorable animal was quite a character and eventually won Jeff’s heart. 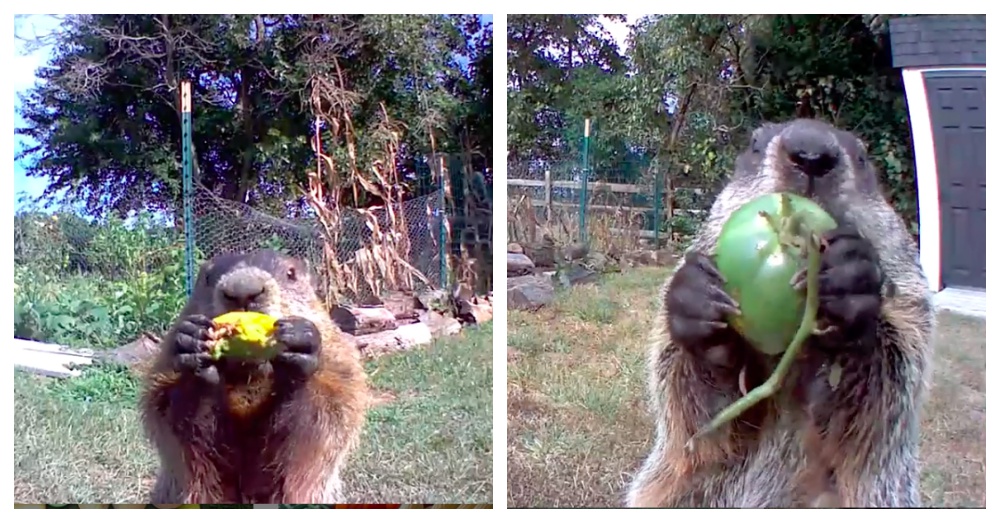 “Wow, this guy is awesome. He can have whatever he wants,” Jeff said and decided to name him Chunk.

However, Chunk was not done surprising Jeff. While watching a recent motion notification on his phone, Jeff was shocked when he saw Chunk and another groundhog eating in front of the camera. Apparently, the two were seen kissing, hugging, and arguing, so they must be a couple. 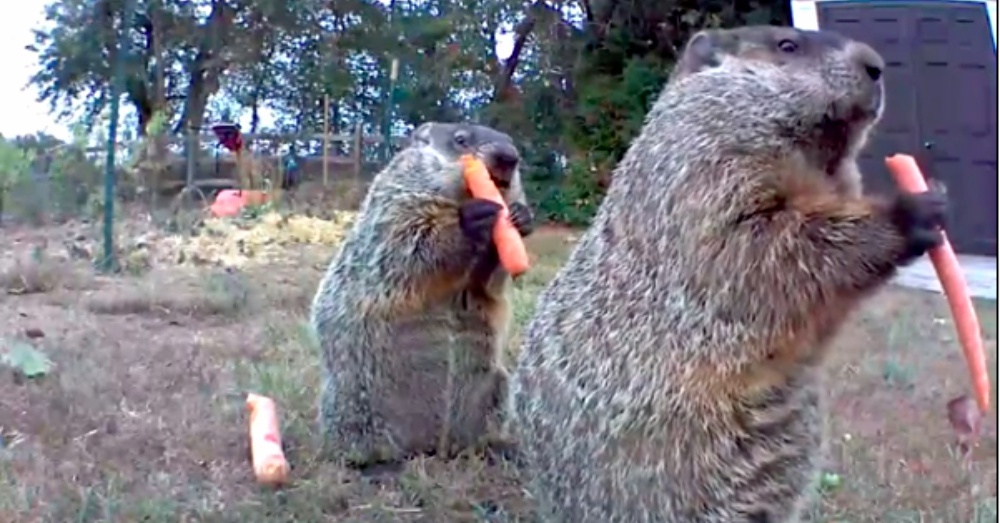 Thanks to Jeff’s garden and generosity, the couple retired under his shed to hibernate with full bellies. He hopes they will return in the spring, but plans to build a separate garden for wild animals.

Watch the shameless groundhog in the video below and don’t forget to share. Follow Chunk on Instagram and see countless videos of him eating and chomping, which is only adorable when he does it.

Barn Cat Loves To Massage, Groom, And Cuddle With Pigs: Click “Next” below!