A new initiative to home the wild dogs of Chernobyl Is gaining momentum in the long abandoned town of Pripyat, Ukraine. Radiation is still a threat to humans who enter the area, but after a light dusting and a good clean scrub, the dogs show no sign of lingering contamination whatsoever.

Radiation aside, without food and shelter, the animals don’t live longer than a few years.

“If we see a five-year-old dog, we call him grandpa,” an environmental radiologist who works in Chernobyl and co-founder of the Clean Futures Fund, Lucas Hixson, told Newsweek. 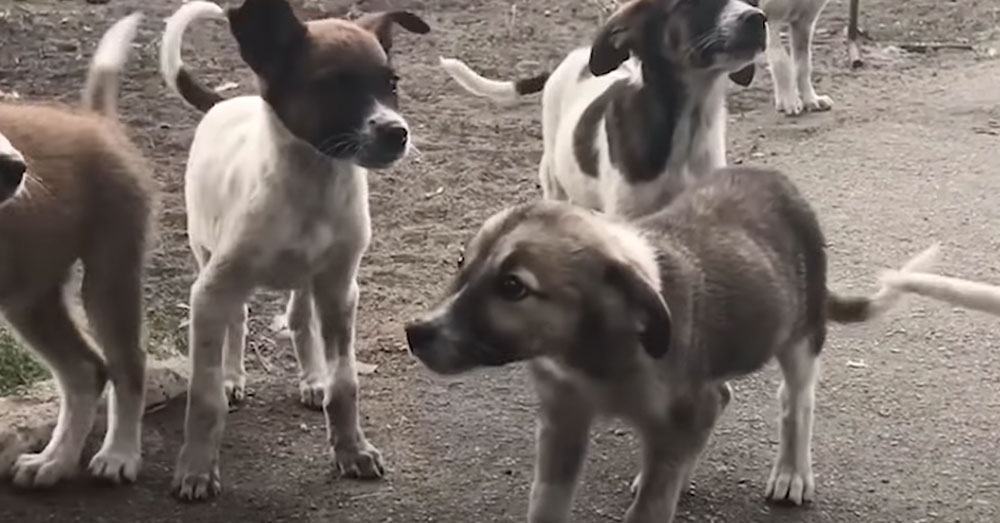 Source: YouTube/The Dodo
The wild dogs of Chernobyl have flourished since the disaster in 1986.

The main source of food for these animals are scraps from the workers who have been showing up daily to clean up the site of the nuclear reactor that exploded over three decades ago. Their grandparents may have been more familiar with humans before the disaster, but for the dogs of Chernobyl, there’s otherwise 1,000 square miles of uninhabited wilderness to call home.

When the Chernobyl Nuclear Power Plant experienced catastrophic failure in 1986, at least two people were killed inside the facility, while effects from radiation lead to the deaths of more than 130 in the following months.

For decades, adults and children in the towns surrounding Pripyat, where the nuclear reactor was located, became ill with thyroid cancer, and other radiation-borne illnesses. 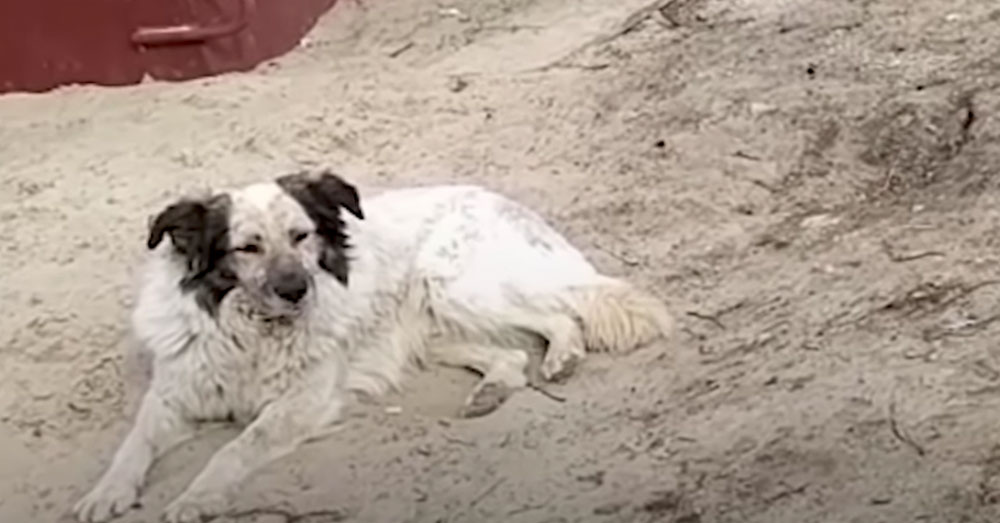 Even with infrastructure crumbling elsewhere, leadership in the former Ukrainian Soviet Socialist Republic evacuated the area and set up an exclusion zone out of concern for public safety. Pripyat became desolate, and eventually overgrown with plant life.

An estimated 300 Ukrainians refused to leave their homes, and along with them, the pets that everyone else had left behind. Many of the animals died in the weeks following the evacuation, unable to find adequate food or shelter during the freezing cold nights. 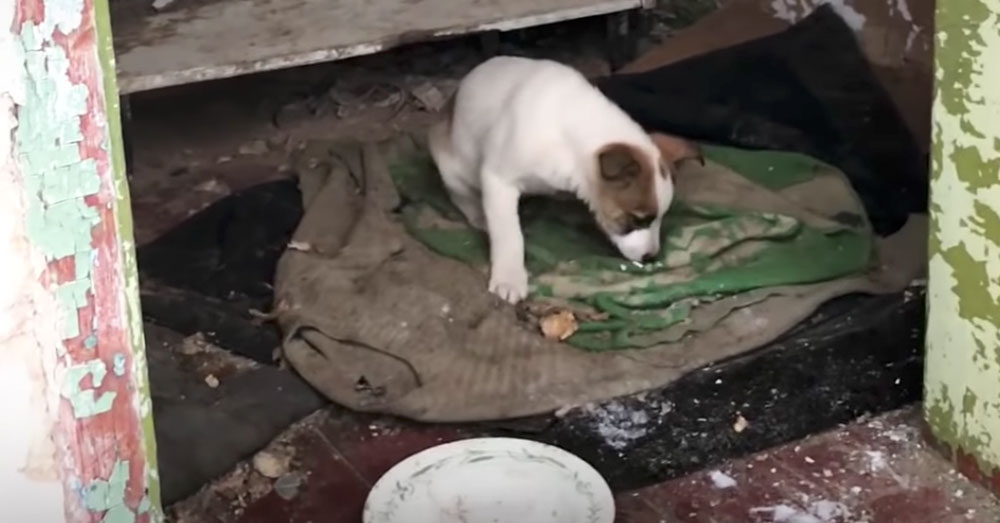 Source: YouTube/The Dodo
Without a reliable source of food or shelter, many of the animals don’t live to see a sixth birthday.

Those that did not die, began to breed. Today, the dogs outnumber humans, living in the wild alongside moose, lynx, hares, and wolves, the Guardian reports.

Today, they act as the unofficial welcome committee.

“Most of the time people find them cute, but some think they might be contaminated and so avoid touching the dogs,” Nadezhda Starodub, a guide with the Chernobyl tour specialist Solo East, told the Guardian. “Some guides are afraid of complaints,” she says, “so they try to avoid the dogs to stay on the safe side. But I love them.” 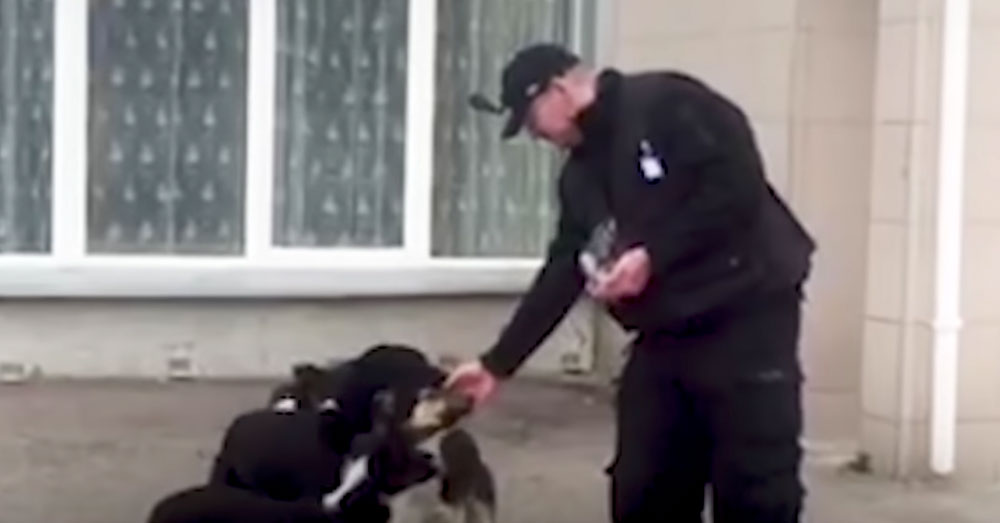 The animals are now being adopted and cared for with help from The Clean Futures Fund, which has already rescued at least 30 dogs from Chernobyl. The animals are collected and flown by passenger jet to New York, where they are distributed to local partners who put them up for adoption.

“The dogs are the unintended victims of the accident, so anything we can do to improve their quality of life and to ensure that they have a better hope for the future, we are going to do,” Hixson told Newsweek. “I don’t think we’ll ever get zero dogs in the exclusion zone but we want to get the population down to a manageable size so we can feed and provide long-term care for them.” 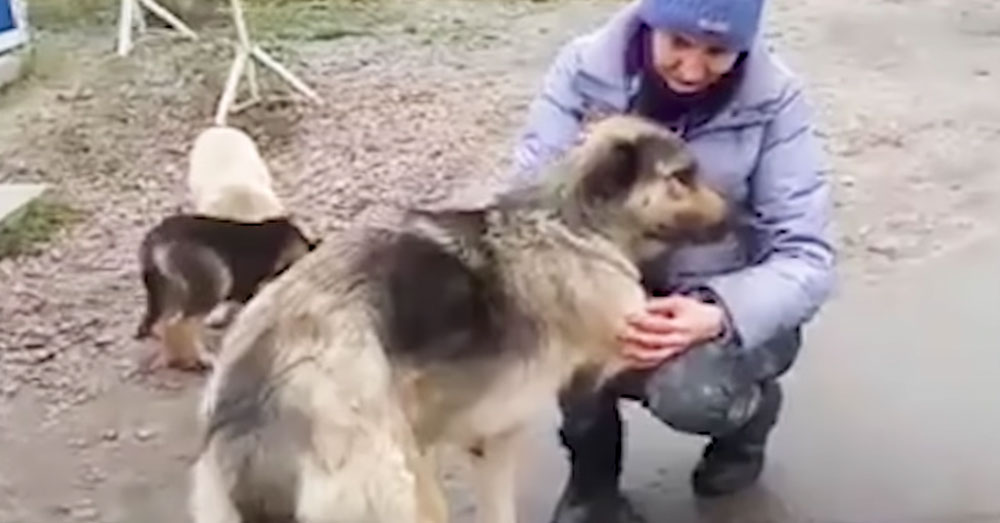 Source: YouTube/The Dodo
A woman pets one of the dogs near Chernobyl.

The dogs are tested for radiation, of course, and unless they have been eating scraps laced with the radioactive cesium-137 particles, are rarely at risk. Even if they have ingested the particles, it only takes a few weeks for them to leave the system.

“Most of them do not seem to be radioactive, that was a bit of a surprise,” said biologist Tim Mousseau. “We saw absolutely no dogs with two heads or any major genetic abnormalities.” 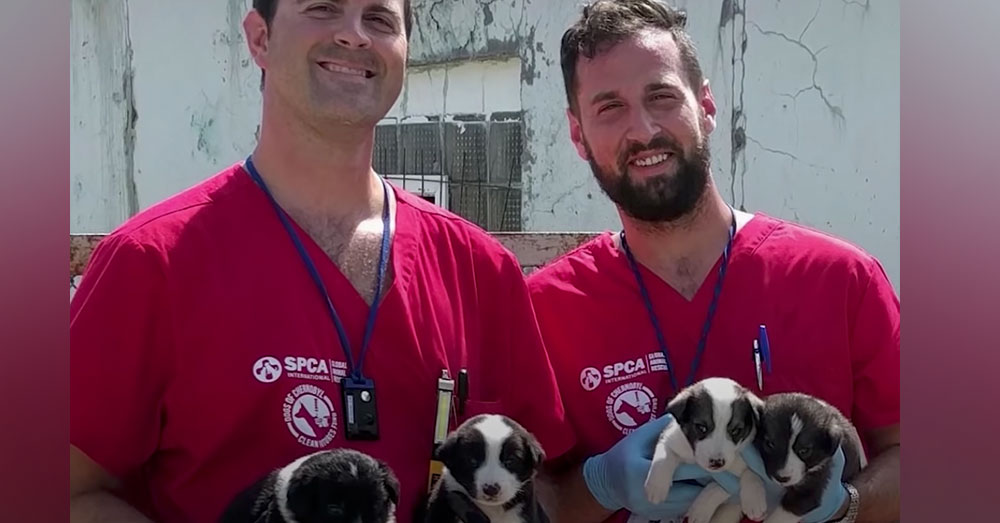 Right now, one of the biggest hurdles to homing the animals is just finding humans who will take them in. Some of the other species near Chernobyl have suffered from genetic abnormalities since the disaster, and their populations have dwindled, but the dogs, perhaps in developing some resistance to the radiation, have shown nothing but spirit.

“If you are a dog lover, come to Chernobyl – You will love it,” Tim Mollohan, one of the temporary workers helping to clean up the site, told Newsweek.