Cheetah Leaps Into Jeep During African Safari, And It’s Captured On Video

African safaris are wild adventures that involve observing exotic animals in their element. Visitors on the Grand Ruaha Safari adventure, in the Serengeti, recently encountered three young cheetahs on the hunt. The lucky members on this safari experienced more than they expected when two cheetahs jumped on and in their jeep.

The vehicle came to a stop to watch the three young cheetahs hunt. However, the vehicle caught the cheetah’s attention, and they headed to it for inspection. The guide knew that there was no time to drive away, since a cheetah can run up to 75mph on a chase. One cheetah pounced on the hood of the jeep, mesmerizing everyone inside. 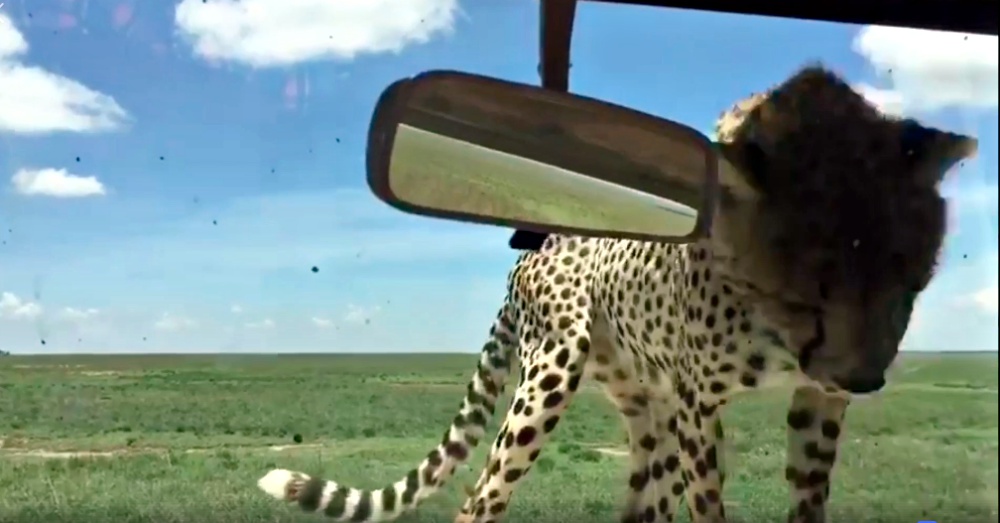 A man from the Seattle, Britton Hayes, was one of the people in the jeep. He tells KOMO News, “While we were all watching the cheetah in the front, one of the brothers had flanked around the back and hopped in back of the vehicle to try and sniff us and make sure that we weren’t a threat.”

The guide informed everyone to remain completely still. “Alex (my guide) kept me calm and made sure I never made eye contact nor startled the cheetah,” Hayes said, “allowing the animal to see that it could trust us.”

Any sudden movements could startle the cheetahs and cause them to react. 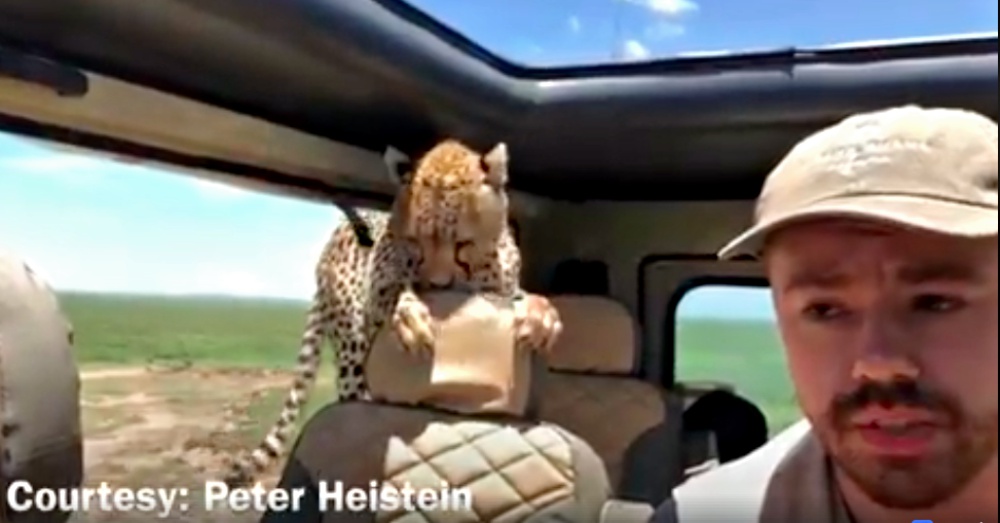 As the cheetah was exploring, everyone tried to slow their breathing to remain calm. Hayes recalls his feelings: “Honestly, it was probably one of the scariest moments of my life while it was happening. I felt like I had to clear my mind of any thoughts because, from everything you’re told about predators like that, they can sense fear and any sort of discomfort you’re feeling, and they’ll react accordingly.”

Luckily, the cheetahs were distracted by a passing gazelle and remembered they were hungry. Both of the cheetahs left the vehicle to pursue their lunch. No one in the vehicle was harmed. Everyone was in shock from the unique experience they’d just had.

Watch the video, taken by Peter Heistein, that captured the moment for all to see. These animals seem almost as curious about us as we are about them.