Australia’s wild animals have lost not only their homes, but their food source. Many surviving animals are not only dehydrated but starving. As fires still burn, the government of New South Wales has started a new program to help feed the surviving animals.

‘Operation Rock Wallaby’ will use helicopters to drop thousands of kilograms of vegetables, mostly carrots and sweet potatoes, to feed the animals. The main focus is on the state’s marsupials and native animals that fled their homes when the fires broke out. The New South Wales National Parks and Wildlife Service is in charge of the operation and so far over 2.200 kilograms of vegetables have been dropped. 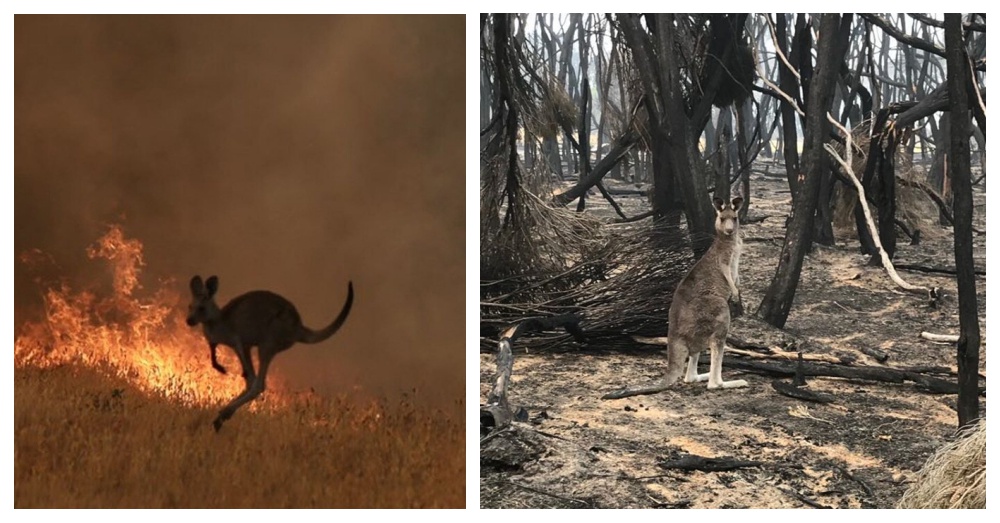 “In the largest food drop ever done for this species, almost 1000kg of sweet potato and carrot have been sent to six different colonies in the Capertee and Wolgan valleys; 1000kg across five sites in Yengo National Park; almost 100kg of food and water in the Kangaroo Valley, with similar drops having also taken place in Jenolan, Oxley Wild Rivers and Curracubundi national parks,” posted NSW National Parks and Wildlife Service. 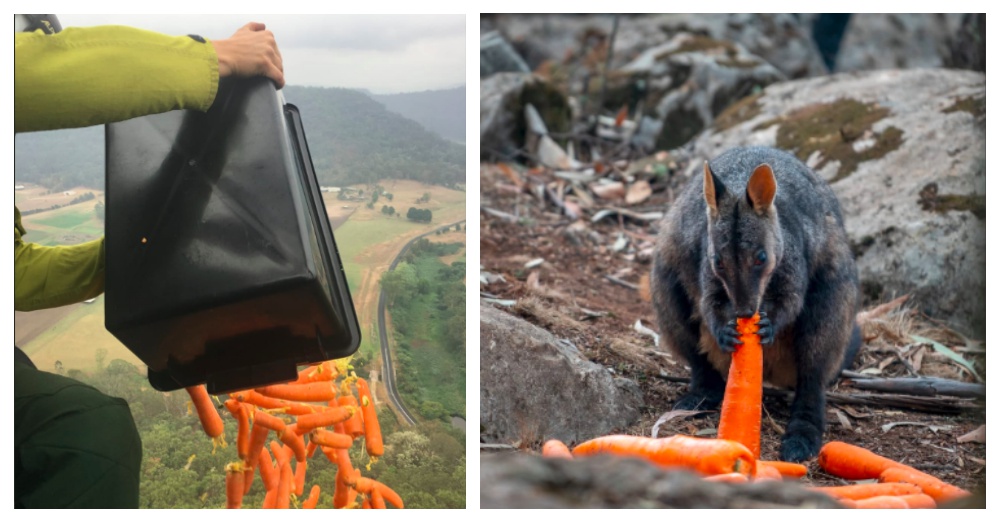 Matt Kean, New South Wales Minister for Energy and Environment, tweeted a photo of a staff member dumping a bin of carrots out of a plane to feed animals. “Operation Rock Wallaby 🦘- #NPWS staff today dropped thousands of kgs of food (Mostly sweet potato and carrots) for our Brush-tailed Rock-wallaby colonies across NSW 🥕🥕”.

Locals are also assisting in feeding and providing water to the surviving animals. One person commented, “Nice one👍 Was doing some feeding today myself. We have the most amazing wildlife in Australia.” 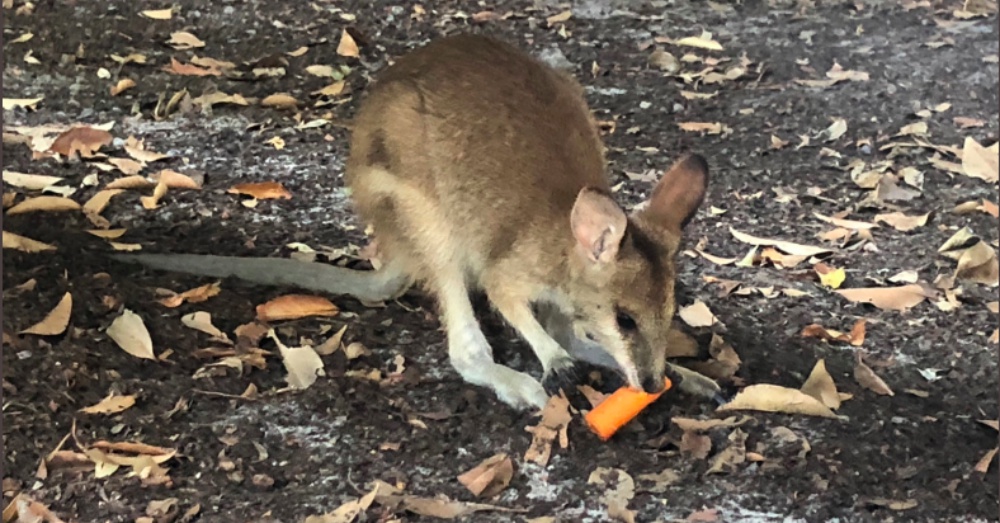 In addition, the aircraft provide water to the devastated areas and will continue to make drops until the areas have sufficiently recovered and can offer food and water to the wildlife. 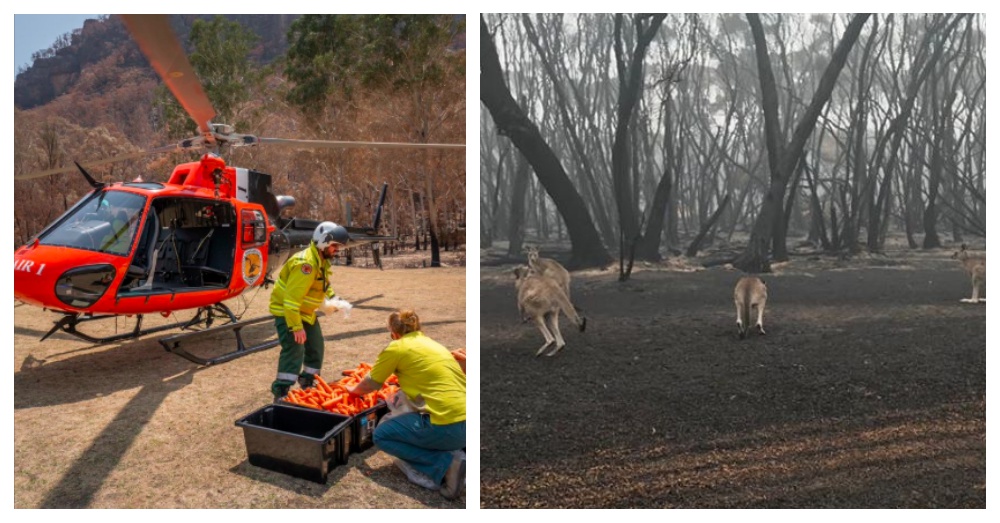 Animals Australia, an animal protection organization, has been providing food and other necessary supplies to animals in need. The group is working with Vets For Compassion that are assisting in rescuing and caring for all the injured koalas. They posted a photo of a lone koala clinging to a try in a charred forrest and wrote, “This is why we must keep doing what we are doing, for as long as it takes.” 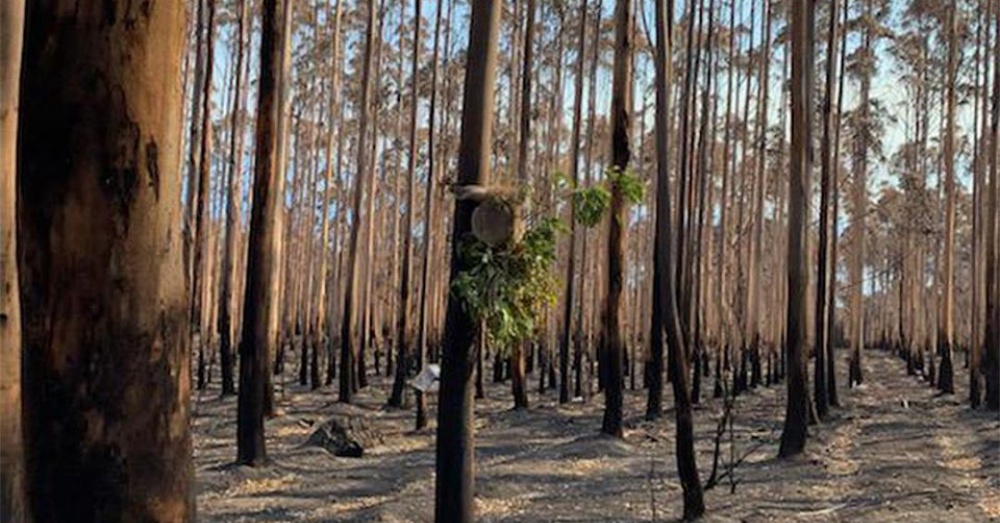 The post went on to say, “For now, please know that amidst all the despair that there are stories of survival and hope. The survivors out there need us to keep moving forward, to keep hoping. We won’t give up on them.”