Florida Is Being Taken Over By Millions Of Poisonous Toads

Florida is being visited by a plague.

Poisonous Bufo toads have taken over back yards and grassy patches around the state. More commonly known as Cane toads (Bufo marinus), the amphibians were first introduced to Florida in the 1930s, the Atlantic reports, as a method of controlling the voracious beetles that ate sugarcane crops.

In 1955, a pet seller released more than 100 of the toads, on accident, at a Florida airport, The Washington Post reports.

The population of this invasive species explodes every spring. In a single laying, some female toads can produce as much as 30,000 eggs, and in undisturbed ponds and swamps, those eggs turn into millions of tadpoles, which turn into fully grown toads. Those toads disperse upon acres and acres of Florida, many winding up in backyards, pools, and homes, hoping only to eat and breed. 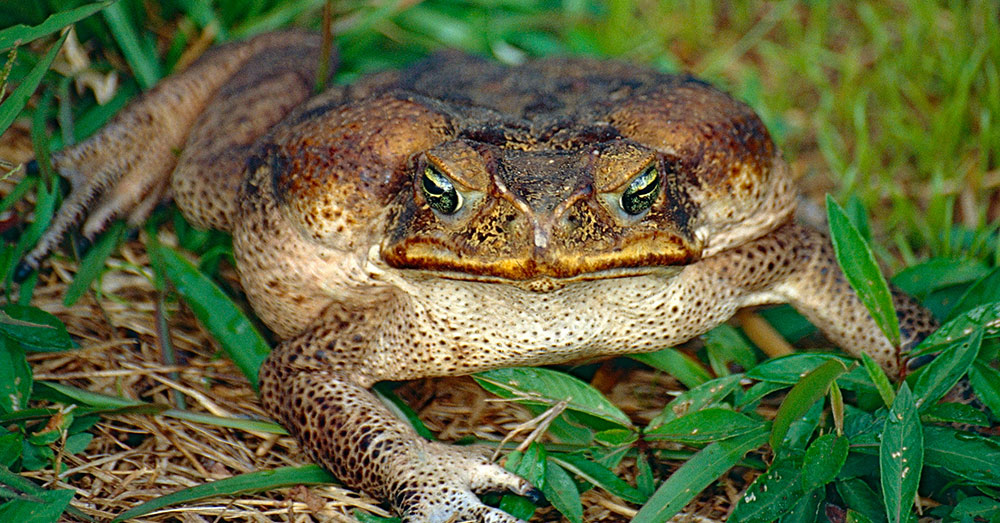 “With the warmer winter and then we had a rain two to three weeks ago, a torrential rain, that caused them to go into a breeding cycle,” Mark Holladay, a lead technician with the pest control company Toad Busters, told WPTV.

“There will be another influx like this in 22 days when the next batch hatches out, and this is in every community in Florida,” Holladay warned.

The Bufo toads are not large, and pest control companies, given enough time, have little problem with picking them up and carting them off to research laboratories, or disposing of them. The toads go after pet food and feces that’s been left outside, gorging themselves until they are too fat to hop.

Even after a large meal, they pose a serious problem for local wildlife, as well as humans. 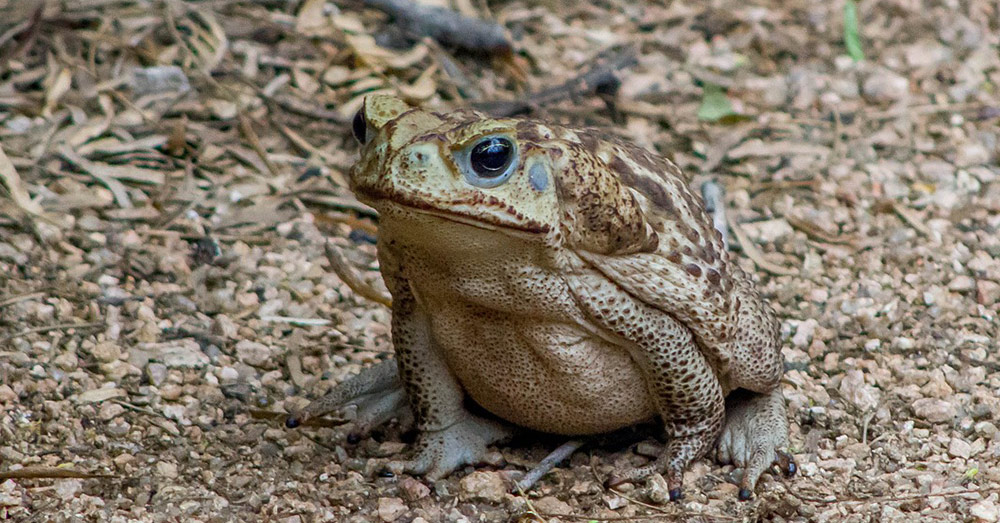 Source: Max Pixel
Cane toads can be poisonous to both wildlife and humans.

When a Bufo toad feels threatened, it secretes a toxic substance from its skin. Adult Bufo toads can actually shoot the substance a short distance. It is “very viscous and would stick inside the dog’s mouth,” Steve Johnson, a wildlife ecologist at the University of Florida, told the Atlantic.

Bufotoxin is deadly to many animals, and has even caused the deaths of several people, prompting convulsions and paralysis before an agonizing death, Motherboard reports. 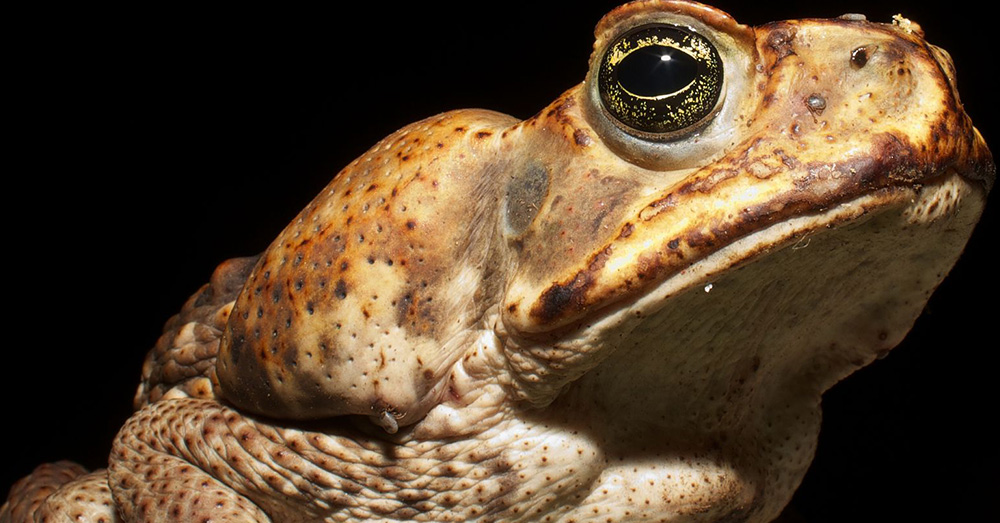 In Australia, where the toads were introduced around the same time as in the U.S., as a similar method of agricultural pest control, the toads have run rampant, leaving trails of dead predators behind. 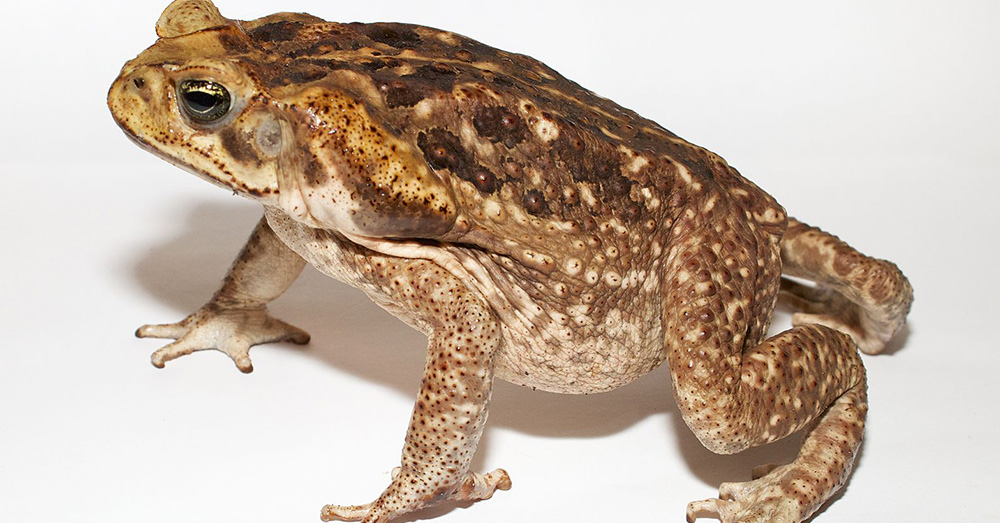 Source: Wikimedia Commons
The toads are multiplying rapidly in Florida.

So what’s the solution? For now, people like Jeannine Tilford, owner of pest-removal outfit Toad Busters, have been called in to deal with the toads directly. She’s also giving Floridians advice on how to keep them from coming back: 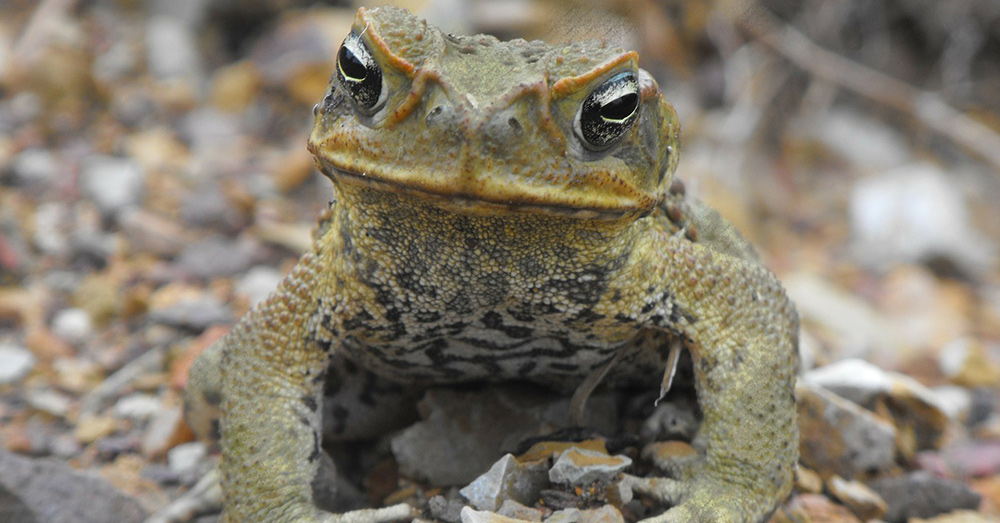 “I really hate killing anything,” Tilford said, “but it’s illegal to release them because all I’ll be doing is spreading more of the invasive species.”

Learn more about Florida’s impending “toadal annihilation” in the video below.