The bumblebee bat, also known as Kitti’s hog-nosed ba is the smallest bat in the world, and has the smallest skull size of any mammal on earth.
As TreeHugger reports, the bumblebee bat weighs on average less than .07 ounces and on 1.14 inches long, but the tiny species is at heightened risk from climate change and habitat loss.

These tiny bats can be found in caves in Thailand and Myanmar, in groups as large as 100 individuals per cave.They emerge to feed in the evening and dawn, foraging around nearby forest areas for insects.

The IUCN, the international body which monitors population changes of species, listed the bat as endangered for 12 years until 2008, when it was downlisted to Vulnerable after new populations in Thailand and Myanmar were discovered.

As Mongabay reports, surveys taken between 1997 and 2008 counted around 10,000 bats in 44 caves in western Thailand and five caves in Myanmar. in a 2009 study published in Endangered Species Research, the Thai population of bumblebee bats was estimated at around 45,000 individuals.

However, the total population of bumblebee bats in Myanmar is still unclear, as security issues prevent researchers from conducting more focused studies. In Thailand, the bumblebee bat population is fragile, and restricted to a single province.

The bumblebee bat is now at high risk because of human activity that has destroyed its critical nesting areas.

The roosting caves and forests where the bats forage are also visited by monks who use the caves for meditation, while tourists go to the caves to see the bats themselves.

“Ecotourism should be fine when tourists do not destroy or modify natural habitat,” researcher Pipat Soisook told Mongabay. “However, in most cases, when promoting a cave as a tourist attraction [guides] usually modify the cave to make it more comfortable for the tourists.”

Wherever tourists are allowed, the impact on the bumblebee bat habitat will be unavoidable, Soisook said. Only by limiting visitors to “some big caves where human activities will not change micro-habitat much,” will the impact be manageable.

The only chance for this mammal is if governments improve the protection and management of the bats’ roosting caves, and increase protection for other habitats the species relies on, including foraging areas. These changes could immediately be implemented in Thailand, averting the extinction of the smallest bat on the planet!

Click below and help us tell Thailand’s Ministry of Natural Resources and Environment work to increase conservation efforts of the bumblebee bat and protect the species from extinction!

Save the Bumblebee Bat from Extinction! 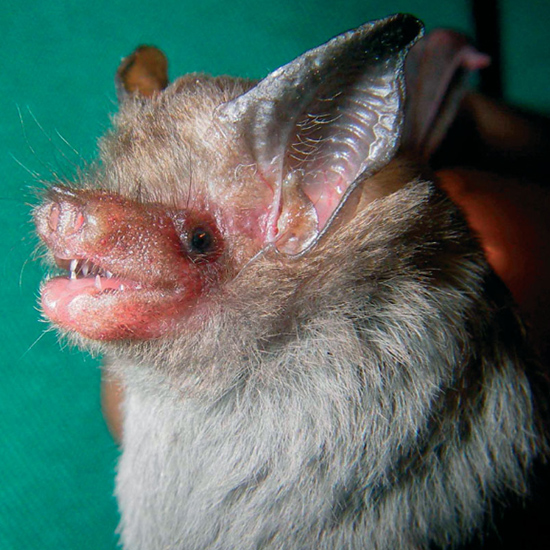 The bumblebee bat is now at high risk because of human activity that has destroyed its critical nesting areas.

The only chance for this mammal is if governments improve the protection and management of the bats’ roosting caves, and increase protection for other habitats the species relies on.

Help us ask the Thai government to save bumblebee bats from extinction!