The bison is one of North America’s oldest and most revered species. Its existence is intertwined with the very meaning of freedom, what it truly means to be American.

And now the National Park Service is looking for people interested in killing them.

Growth of the bison population around the northern edge of the Grand Canyon in Arizona has been blamed for causing destruction to the park’s resources, Q13 Fox reports. 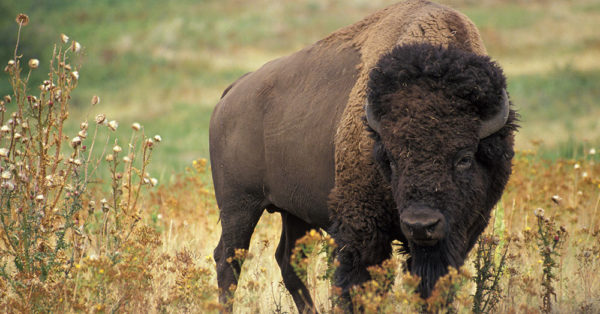 Some of the 600 bison that live in the park have been transported elsewhere, but the remaining animals will be culled. Volunteers who are both physically capable and experienced with a gun are sought to hunt the animals, which have been herded into the Kaibab National Forest near the national park. It is hoped that the bison population can be reduced to 200 in the next five years. If left to roam wild, the bison could reach numbers as high as 1,500 in the next 10 years, the station maintains.

The bison were introduced to the area in the 1900s when a rancher brought them in to breed with his cattle. He later scrapped his plans and abandoned the bison, AZ Central reports. 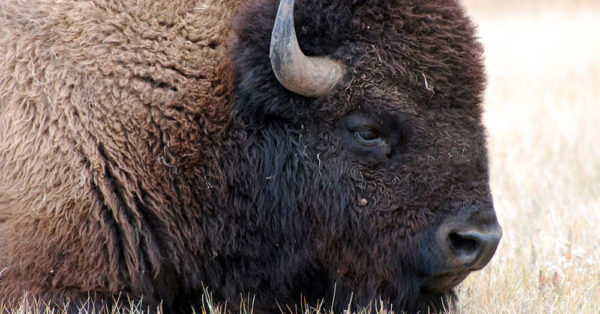 The National Park Service is restricting this cull to the purpose of population control alone, which has confounded many potential hunters. A license isn’t easy to get, as only 122 are to be awarded to over 1,500 applicants. Those who do apply must prove they are skilled at marksmanship and capable of hiking long distances through the forest hills.

Volunteers are also prohibited from killing more than one bison throughout their lifetime. 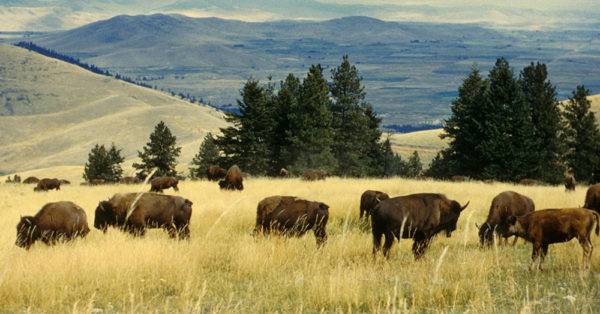 The head and hide of the animals killed will be donated to local tribes, while the bison meat may be split up between the volunteers, Carl Lutch, the terrestrial wildlife manager for Game and Fish in Flagstaff, told the Associated Press.

The culling is not expected to bring bison numbers down overnight. Park spokeswoman Eileen Andes says the 2010 elk reduction project saw 240 participants in a planned hunt at the Theodore Roosevelt National Park in North Dakota, and many quit before the week was over. If the bison hunt plays out in a similar manner, hunters have a lot of hard work ahead of them. 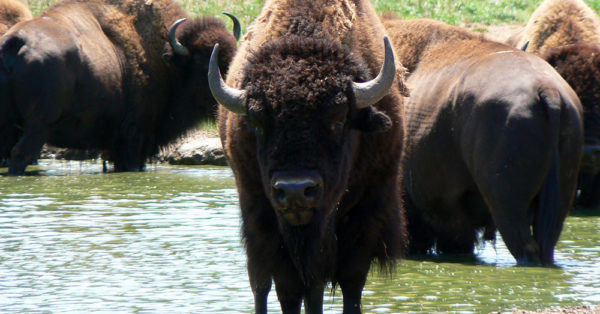 “We had quite a bit of snow, so you’re not in a vehicle, you’re not on a horse,” Andes said of the elk hunt. “You’re hiking through snow to shoot elk and haul them out. It was exceedingly strenuous.”

Congress has the power to protect bison habitat by supporting one of our nation’s most effective conservation programs, the Land and Water Conservation Fund (LWCF). However, legislators have consistently ignored and underfunded this program year after year — even though the LWCF doesn’t cost taxpayers a dime! Meanwhile, critical bison habitat in the Dakotas, Oklahoma, and throughout the nation get turned into parking lots. Click the button below to make a difference, and save our bison!

Bison In The Balance: Save Our National Symbol!

At the turn of the 20th century, the American bison, our national mammal, was nearly wiped out by relentless slaughter. Populations plunged from between 30 to 60 million to less than 500 animals.
Though tireless efforts to restore herds have helped place bison on the path toward recovery, they still need your help.
The still-fragile bison comeback needs the LWCF. Our prairies need the LWCF. Iconic American species need the LWCF. And Congress needs to hear this message — from you!
Make a difference!