The Most Extravagant Bird Mating Rituals In The World, Exposed!

Spring time may bring back the sweet sounds of chirping birds, but do you really know what all the twittering is about?

Birds are some of the most expressive and interesting creatures on the planet. Their unique colors, their nesting habits, even their flight patterns are studied to great extent, much of that research finding its way to us in the form of nature documentaries.

Watching one on YouTube may be the closest you ever come to seeing a Frigate Bird puff out its red chest, but that doesn’t make it any less impressive or strange. There are plenty other examples of weird bird behavior, and we’ve got the top 10 right here. 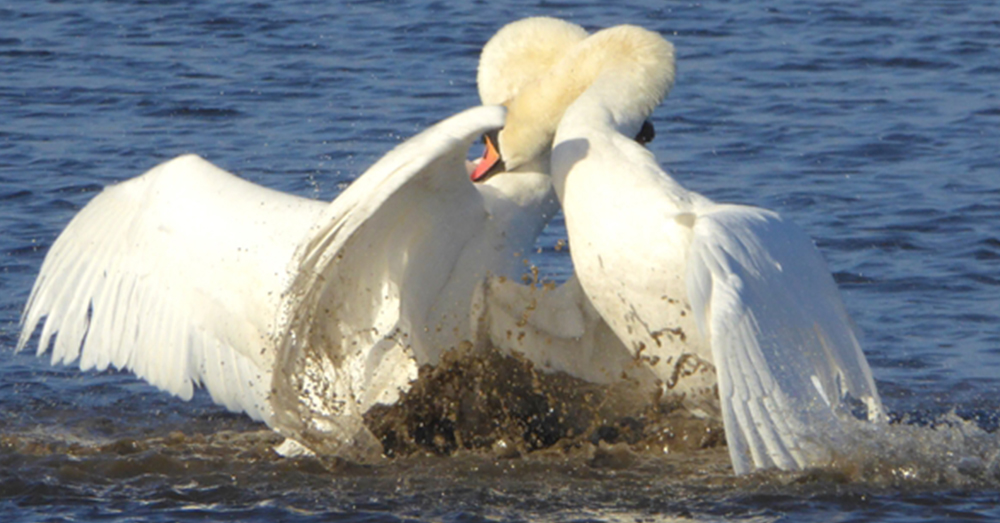 The Albatross has always gotten a bad rap. Long associated with guilt, shame, and arduous repentance, it’s not been easy for this bird to break out of its typecast role in human culture.

These giant birds continue to dazzle us with intricate displays of dancing and courtship. Sometimes groups of three or four birds will dance together, each hoping to find a single mate. It looks like a lot of head bobbing and bill clapping, and after mating season is over, the birds take a break.

Some Albatross wait up to 18 months between mating seasons, and many are known to make flights around the world after each season. Want to see a few in action? Check out the video below.

“Western and Clark’s Grebes engage in a maneuver called ‘rushing’ during the spring mating season, in which they sprint up to 66 feet across the water in coordinated groups of two or more in about seven seconds,” National Geographic maintains. “They’re the largest vertebrates with the ability to walk on water. A combination of up to 20 steps per second, forceful slaps on the water’s surface with splayed feet, and an unusual stride help these Grebes defy gravity.”

If the dance goes off without a hitch, so do the couple. If one of the participants lags behind, however, the female may set her sights on a more capable set of webbed feet.

Click the button below for more wild bird facts!