Imagine walking along the beach at night, enjoying the sound of the lapping waves, the smell of the ocean, and then seeing the water and sand glow the brightest shade of blue you have ever seen.

Glowing water seems like something that would only happen in the movies or another planet, but it is actually very real.

On the northwest coast of Tasmania, an amazingly beautiful natural phenomenon occurs at the beaches of Preservation Bay that causes the water and wet sand to have a neon blue glow at night. And the cause is algae. 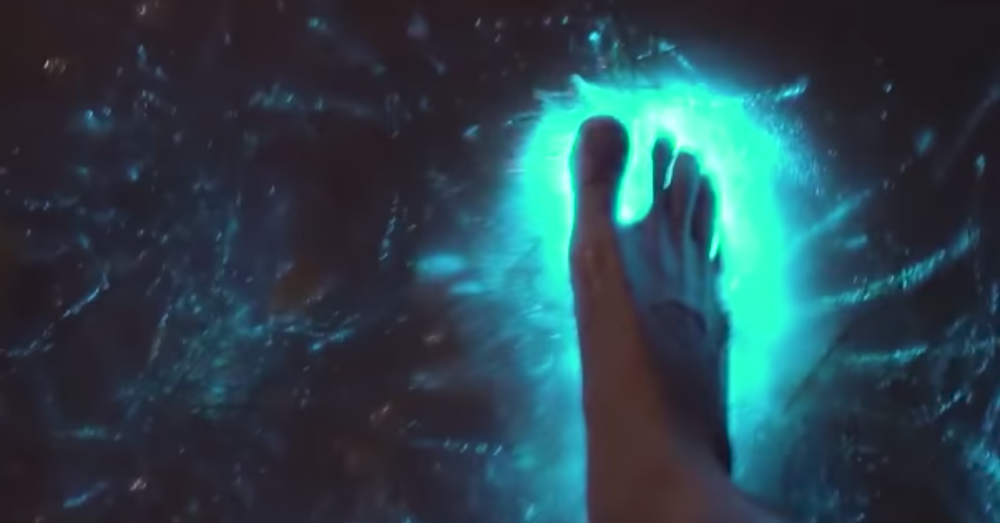 The bioluminescence event is caused by single-celled algae called Noctiluca scintillans, and it glows whenever it is disturbed by either the waves themselves or people walking on the shore.

At night, this algae provides an amazingly beautiful sight that makes the ocean water look completely out of this world, but in the daytime, it looks much more mundane. In the daylight hours, it simply turns the water a dark red or brown color that is much less impressive than what it does during the night.

The flashing of the algae is even thought to be a potential defense mechanism, at least according to Gustaaf Hallegraeff, a professor in aquatic botany at the University of Tasmania. 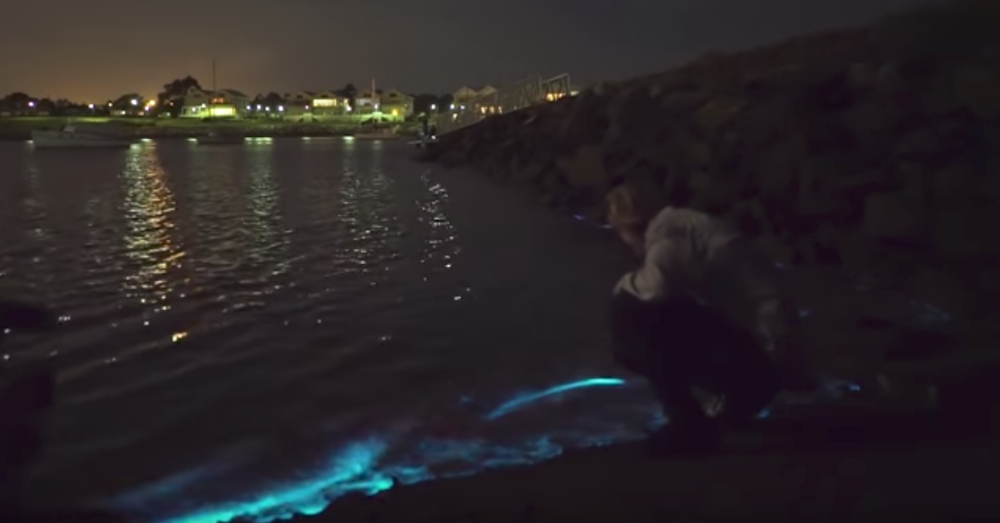 “Imagine there’s a little animal that wants to eat this plankton and suddenly it flashes at you,” Hallegraeff said.

Making bright blue neon flashes of light would definitely make anything that wanted to eat these tiny organisms think twice!

But if you are worried at all about the algae being toxic or harmful to anyone who wants to visit and experience this phenomenon in person, you can put yourself at ease, because according to the University of Tasmania, it is not toxic at all.

Check out the video below to see how incredibly beautiful this natural occurrence really is!