Bioluminescence. It’s one of my favorite parts of summer in Seattle. It would be easy to say it’s because I’m from Arizona, a landlocked state known for it’s “dry heat,” that I think it’s so incredible. However, the truth is: bioluminescence is just really, really cool. I mean, come on.

The first time I remember seeing this stunning chemical reaction I was six years old. We were visiting family in Texas and my cousins and I were playing in their backyard. Suddenly little bursts of light started swirling around. At first, I thought my eyes were playing tricks on me, so I played it cool. However, the number of glowing dots increased and I had to ask. I recall my cousin very smugly telling me, “It’s a firefly, dummy.”

A simple way of explaining what causes a living organism, like a firefly, to give off light is to say that it’s a chemical reaction between a light-emitting molecule (the luciferin) and an enzyme (the luciferase). Here in Seattle, it happens in greater abundance in the summer because the single-cell phytoplankton thrive on sun, which can be scarce during other seasons. 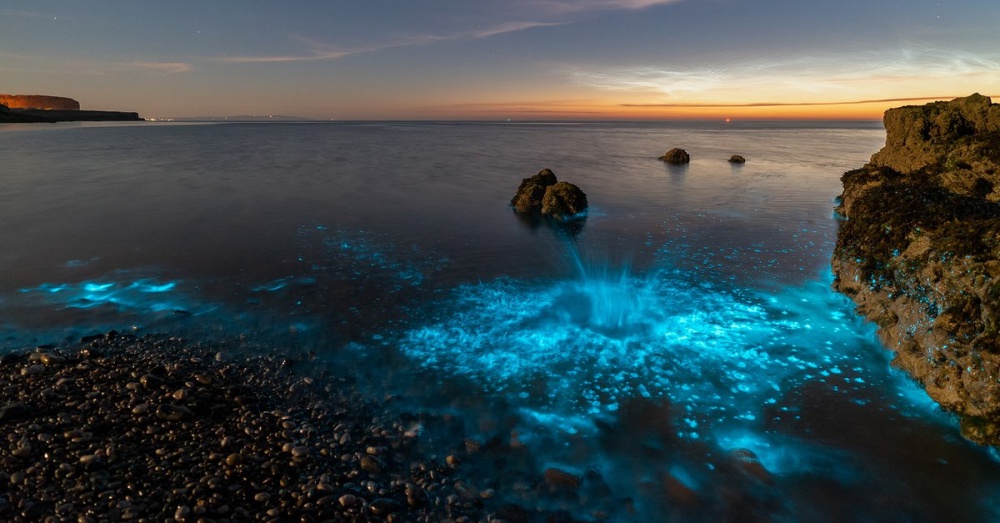 Bioluminescence and noctilucent clouds on the Isle of Anglesey earlier tonight in the early hours, what an amazing sight as always to see… Check out the video if you want to see it in real-time: https://t.co/YGaJHDSKex #NLC #NLCnow pic.twitter.com/1waCYXhtFP

That being said, while I consider myself lucky enough to get to see this lovely glowing phenomena every summer, people all over the world have opportunities to see similar displays of science in nature! 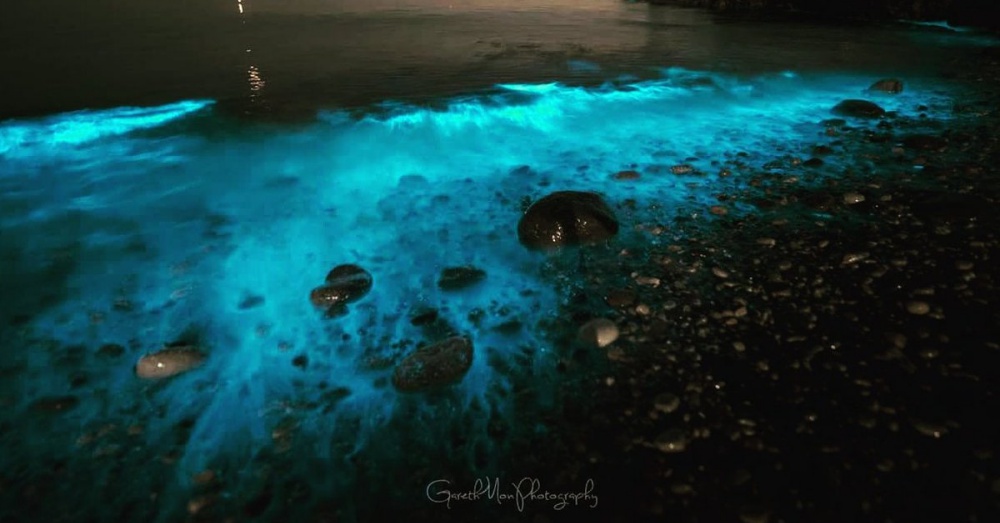 Take the residents of Anglesea, an island off the north coast of Wales, for example. They were recently treated to an exceptionally spectacular display of bioluminescence.

As the water started to glow, a few locals managed to capture some stunning images. One individual, Kris Williams, was even able to capture the event on video! Take a look at the breathtaking footage below!