It’s not unusual to hear stories of people traveling to Napa County for its wine and breathtaking countryside. But what about the big hole?

Napa’s Lake Berryessa is the seventh largest man-made lake in the State of California, a feature of the 304-foot-tall Monticello Dam. Apart from bolstering the local tourism industry with serene scenic views, the lake has another claim to fame, the “Glory hole” spillway.

Droughts have allowed the spillway to remain relatively undetected over the last few years. That all changed in early 2017, when heavy February rain and show filled the lake in a matter of days. 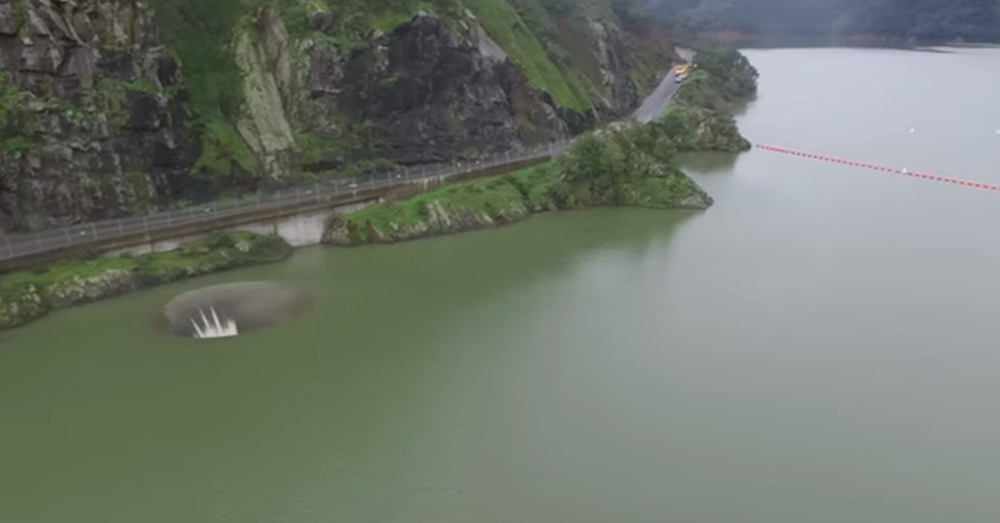 The Glory Hole measures 72 feet across at its widest, and 28 feet deep. The water that falls into the hole is diverted into nearby Putah Creek.

YouTube user Evan K not only observed the Glory Hole up close, he brought his drone along to investigate.
“See the World Famous Glory Hole Spillway at Lake Berryessa overflowing for the first time ever from the perspective of a drone,” Evan wrote.

His footage captures more of this hole than you’d likely ever get a chance to see yourself! Watch this stunning feature in the video below!