Researchers Shocked When They Spot A Young Narwhal Swimming With Belugas

Belugas are known to be social creatures, so much so that their pods can encompass hundreds or thousands of kin. Until this summer, however, scientists thought belugas swam only with other belugas, migrating thousands of miles between northwestern Canada and the Bering Sea.

Such conventional wisdom changed in July, however, when a group of Canadian researchers enlisted drone technology to observe a beluga pod passing through Canada’s St. Laurence River. 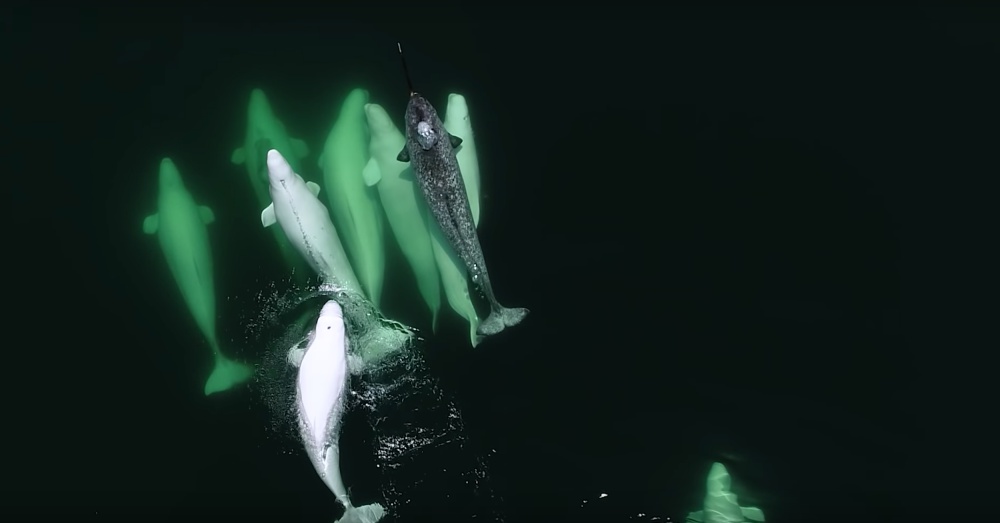 At first, nothing looked out of place as they watched a pod of 50 to 60 whales traveling together, their white skins glistening just beneath the surface.

Upon closer inspection, however, scientists noticed an interloper in their midst. Not only was this particular traveler darker in color, the creature also bore a single unicorn-type spike on his head. If the pod weren’t so far south, scientists might have assumed the mystery creature was a narwhal, whose unique anatomy draws frequent renown as the “unicorn of the sea.” 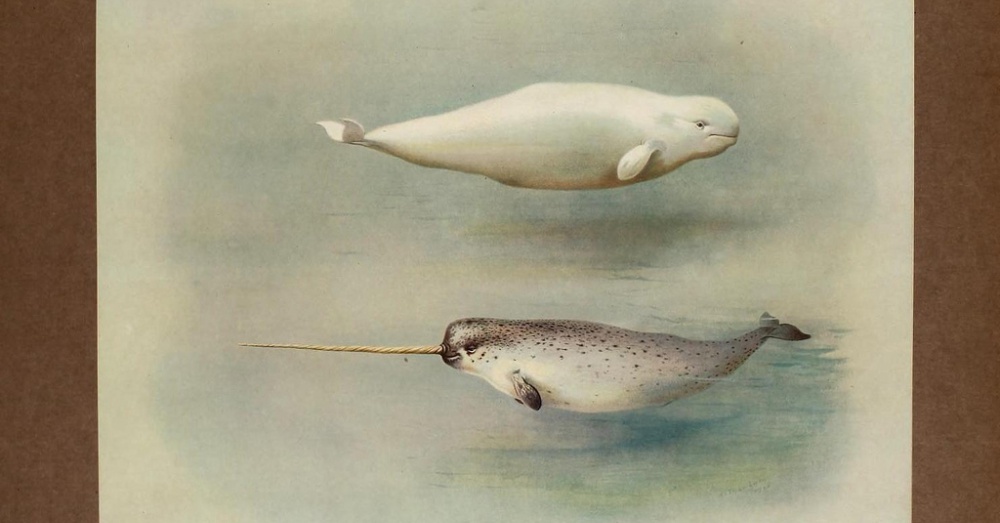 Belugas and narwhals both spend their whole lives in and around the Arctic — in fact, they’re distantly related! But while Belugas live and eat in shallow waters, narwhals typically feed along the ocean floor, where halibut, shrimp, squid, crab, and flounder thrive.

As the investigation continued, researchers realized the mystery creature was, in fact, narwhal, albeit 600 miles south of its usual hunting ground. Closer inspection also revealed the mammal wasn’t yet fully grown, judging from the length of his horn. (And contrary to popular belief, that spear isn’t used for hunting, but for fending off other males). 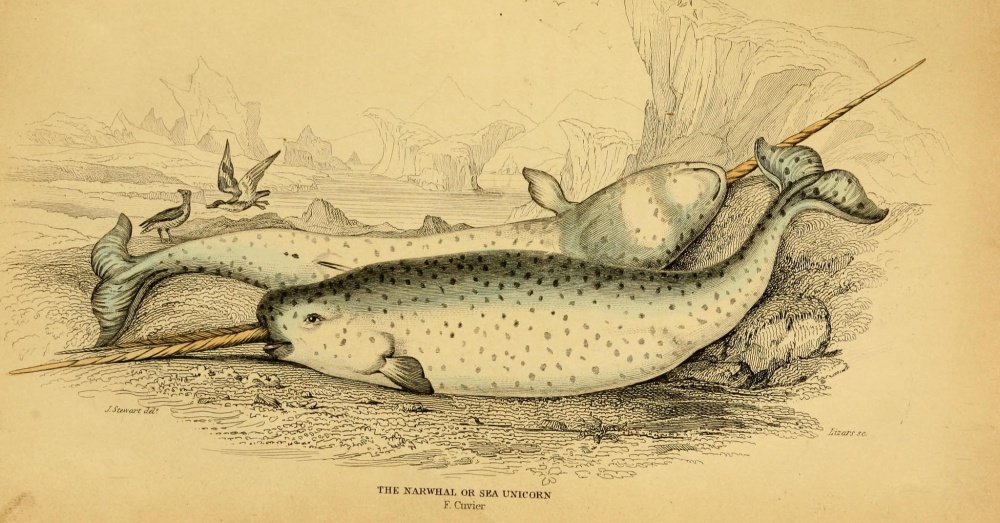 There’s speculation that rising ocean temperatures have driven the young narwhal south, but scientists are intrigued regardless by this unlikely group of friends. The animal’s unique markings have led to further speculation that this mixed group has traveled together since 2016.

“It behaves like it was one of the boys,” said the research team’s director, Robert Michaud, of the young mammal, who is traveling with an almost exclusively male pod. “It’s a like a big social ball of young juveniles that are playing some social, sexual games.”

Find out more about these unlikely playmates in the video below!