Bears are majestic animals. They’re definitely not animals to be messed with. However, sometimes even the king of the forest needs a little bit of help when he finds himself in a sticky situation. One bear in Wisconsin ended up in a Pooh Bear-like situation when he got his head stuck in a jar. But no, it wasn’t a honey jar. He got lucky that people were willing to lend a hand when he found himself in such a predicament!

While out boating on a lake in Wisconsin, two boaters came across a brown bear that was struggling to swim with his head caught in a plastic jar. These two kind souls didn’t hesitate to pull up alongside the large animal and offer their assistance. Of course, this was a bit of a gamble. The bear was large, and even the woman in the video was a little worried about the predator crawling into their boat once freed.

Regardless of the hesitation, they still were willing to help out. It was clear that this bear needed help now and there was no time to wait for the proper authorities. The man can be seen in the video reaching over the side of the boat and grabbing the plastic jar that was around the bear’s head. Luckily for him, he avoided the bear’s sharp claws as he tugged and freed the bear from the plastic prison. The bear then happily swam on his way back to shore. 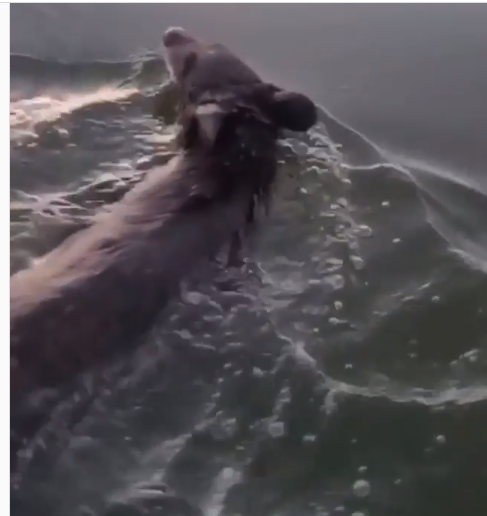 Watch the daring rescue in the Instagram video below:

Would you have been able to manage a rescue like this? Have you ever been in a similar situation? Let us know!