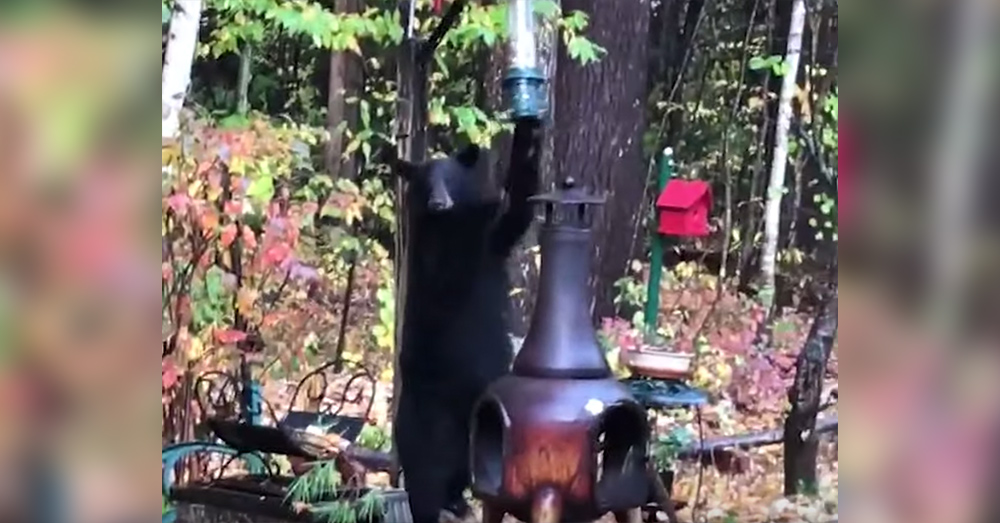 Luckily for Foudriat, this particular bear was in no mood for an altercation. The woman’s shoos quickly sent the bear scurrying back into the forest, leaving her bird feeders standing, 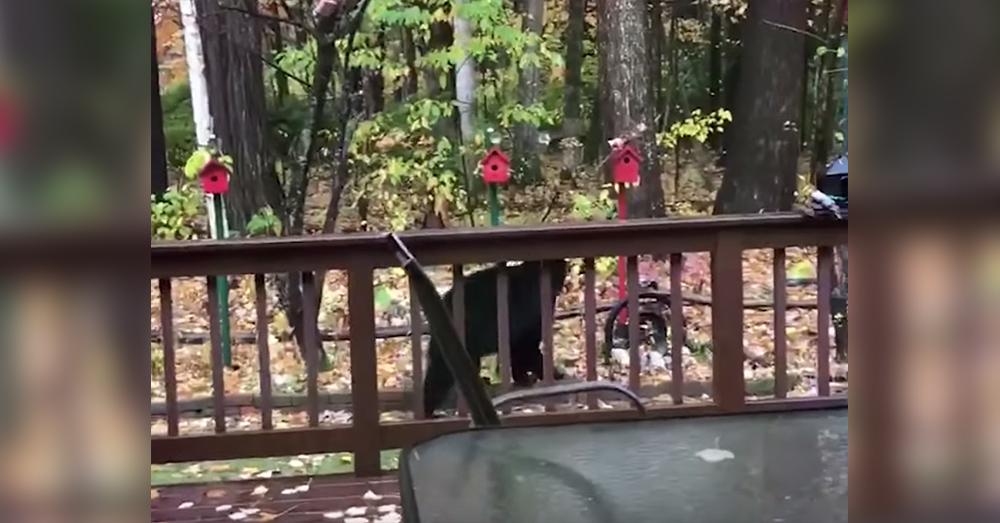 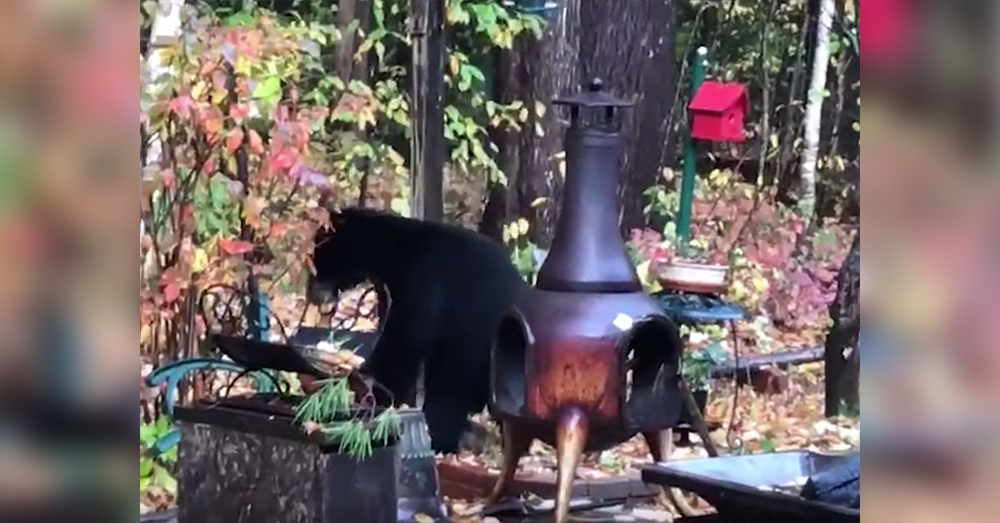