This shouldn’t have happened, but new laws in Australia may make it impossible to know when it does.

Photographs taken near Australia’s Gold Coast show a baby humpback whale caught in a shark net. Just days before the baby humpback was spotted, an endangered baby scalloped hammerhead shark was found tangled in a net and drowned.

The Humane Society International and the Australian Marine Conservation Society maintain that this tragedy would have been kept a secret if laws currently being considered by the government of Queensland were already in place. The law proposes a 20-meter exclusion zone around shark control equipment, the Guardian reports, which would make it almost impossible to photograph shark nets and drumlines. 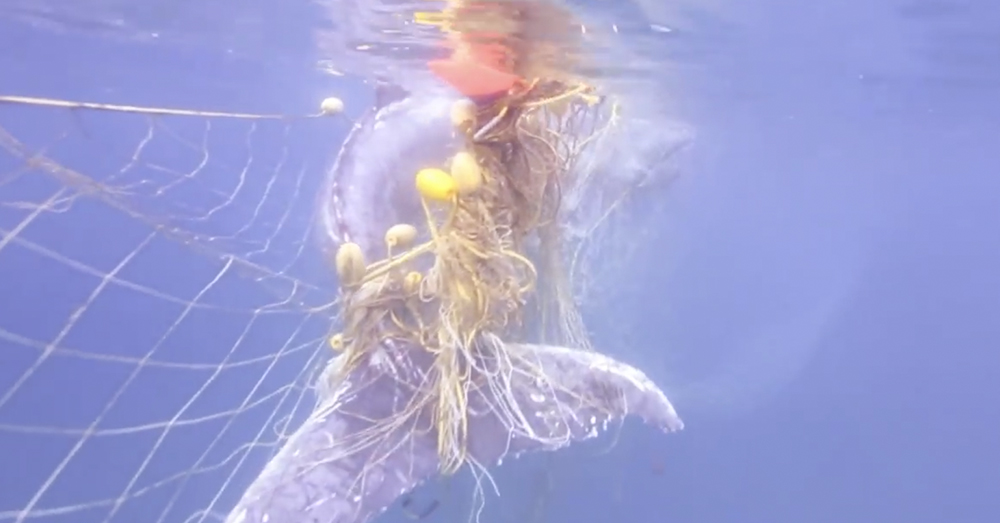 “The public has a right to see the true cost of the Queensland government’s shark culling program,” Leonardo Guida from the Australian Marine Conservation Society told the Guardian. “Our footage of a baby humpback whale trapped in the nets would have been illegal to collect if the proposed exclusion zone around shark control equipment was in effect.” 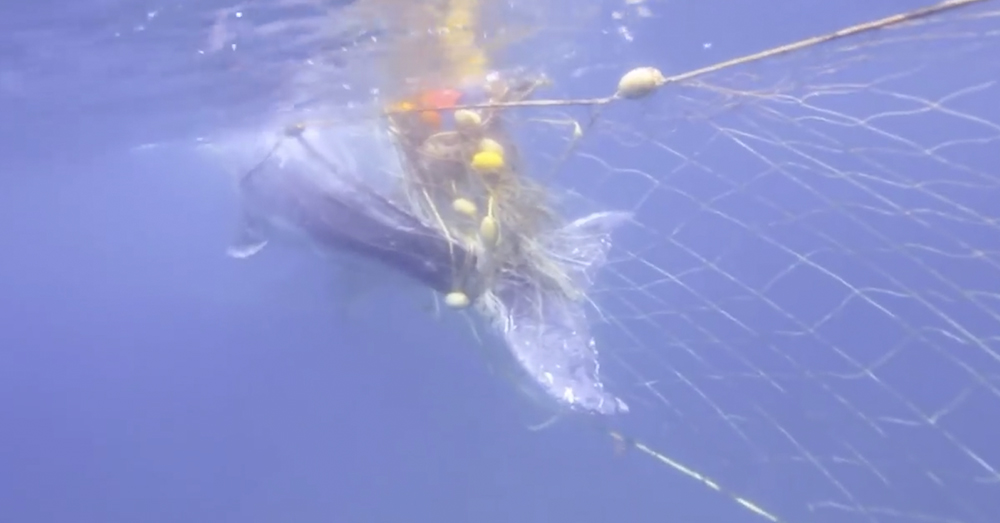 Source: Facebook/Australian Marine Conservation Society
Under proposed laws, photographers would be banned from taking images like this.

For the last 50 years, fisheries in Queensland have been allowed to use baited hooks and nets to control sharks. The proposed “shark gag law” is aimed at keeping humans safe from the dangerous equipment. Others wonder why it’s being used at all if it poses such a threat. 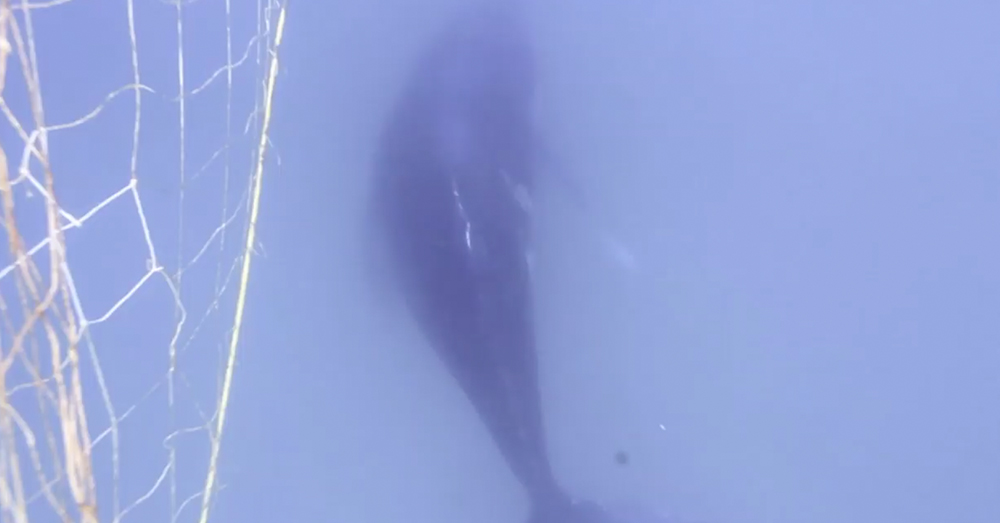 “Shark nets come at an incredible environmental cost, often ensnaring and drowning our sea life,” the Australian Marine Conservation Society wrote on Facebook. “Our footage of a baby humpback whale trapped in the nets would have been illegal to collect if the proposed exclusion zone around shark control equipment was in effect.”

The baby humpback was eventually rescued by a rescue and response team. Watch a video of the rescue below.

A woman calls 911 when humpback whales approach her boat: Click “Next” below!