The Amazon rainforest is burning at a record rate. Brazil’s space research center INPE has reported that almost 73,000 fires have been recorded so far this year, an 83% increase over the same period in 2018.

And most of it is the fault of humans.

“There’s no question that it’s a consequence of the recent uptick in deforestation,” National Geographic reported. 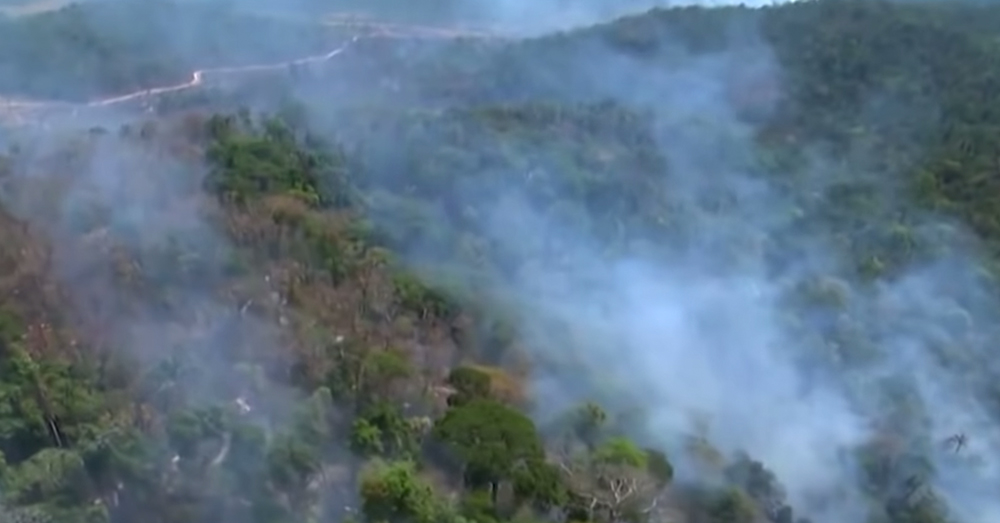 Source: YouTube/CNN
Fires in the Amazon rainforest have been started intentionally, and spread out of control.

World leaders have been demanding action. French President Emmanuel Macron called the wildfires an international crisis. Brazilian president Jair Bolsonaro has received sharp criticism for his response to the wildfires, blaming them on the local farmers who have been burning trees to clear way for pasture, months after reducing agricultural regulations on Amazonia, Reuters reports. 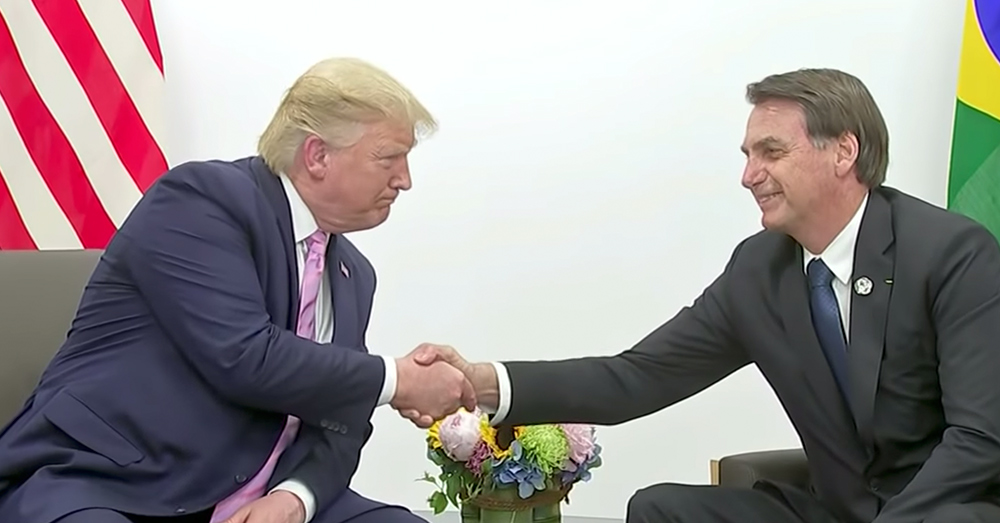 “These countries that send money here, they don’t send it out of charity… They send it with the aim of interfering with our sovereignty,” he said in a Facebook Live broadcast.

Neighboring Colombia has taken action to help put the fires out.

“Colombian authorities are already working to contain the propagation of these fires toward Colombian territory and we are willing to collaborate with our neighbors in this common cause,” the Foreign Ministry said in a statement. 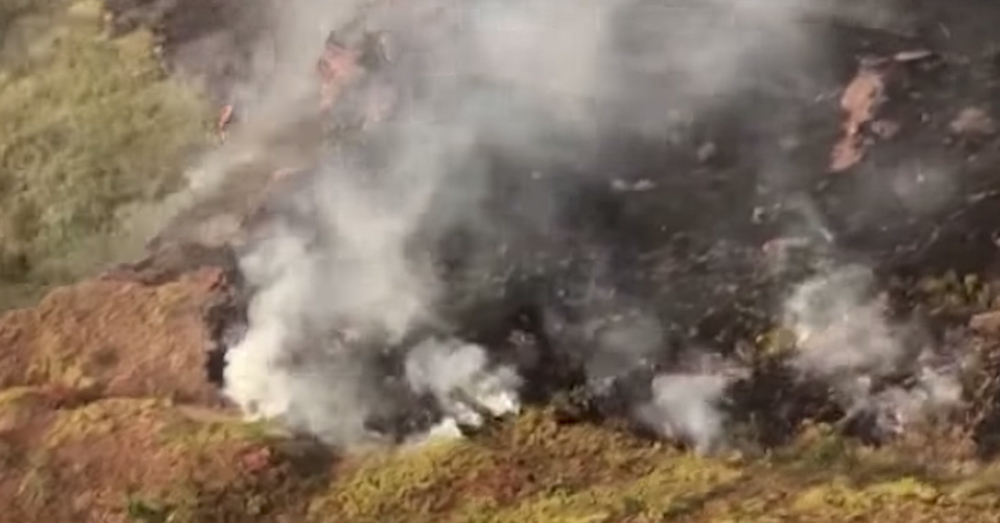 It’s true the seasonal wildfires are uncommon in Amazonia. As Rhett Butler reported for Mongabay, “Low-level fires in the rainforest are not unusual. Even in “virgin” forests, fires may burn across thousands of acres of forest during dry years. The distinction between these fires and the fires that forests are increasingly experiencing today is the frequency of occurrence and level of intensity. Natural fires in the Amazon generally do little more than burn dry leaf litter and small seedlings. Typically these fires have flames that only reach a few inches in height and have virtually no impact on tall trees or the canopy itself.”

However, it’s clear to scientists that a surge in deforestation is more likely to blame for this massive outbreak of fires.

According to the Union of Concerned Scientists, data from INPE shows how “Brazil dramatically diminished its Amazon deforestation starting in about 2007, reducing it by over 2/3 in half a dozen years and keeping it low for the following decade.” 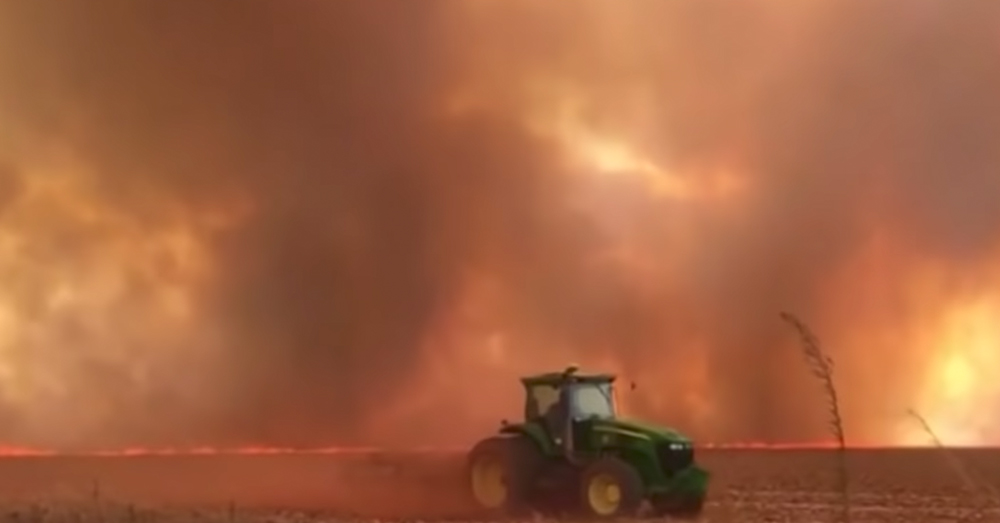 Source: YouTube/CNN
Brazilian authorities are unsure of how to battle the blazes effectively.

Bolsonaro, meanwhile, refutes the data. The Brazilian president has claimed the INPE is spreading lies to tarnish his administration. Again, according to the UCS, the actions of Bolsonaro’s administration infer otherwise.

“His racist statements about Brazil’s Indigenous Peoples and attempts to take away their land; his undercutting of the public prosecutors who enforce the Forest Code and the cattle and soy agreements; his praise for the military dictatorship that ruled Brazil from the 1960s to the 1980s and promoted large-scale Amazon development; and his alliance with the ruralista bloc of large ranchers and soybean farmers in Congress, all push the Amazon in the same direction: towards more deforestation. Science is just the latest of the obstacles in his way,” writes ecologist Doug Boucher. 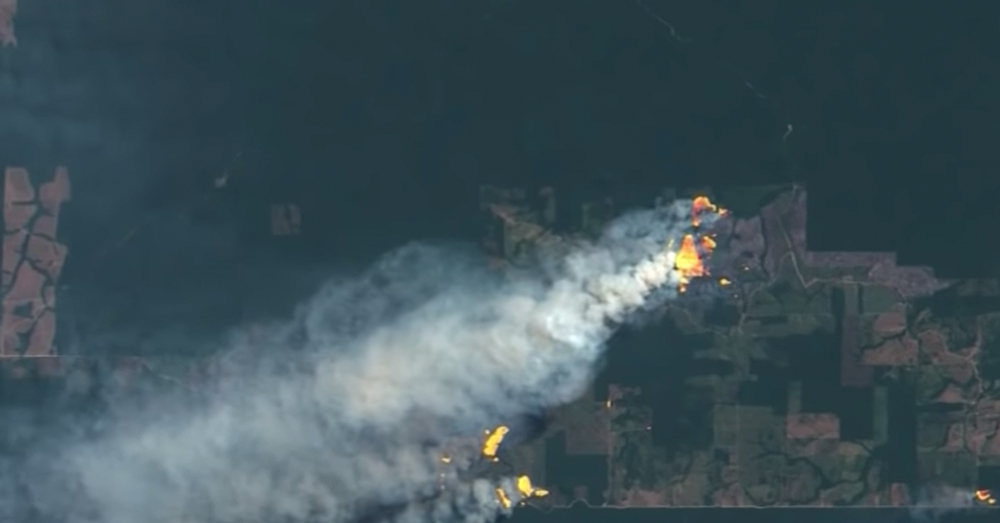 Source: YouTube/CNN
Evidence of the fires can be seen from space.

Politics aside, widespread fire in the Amazon rainforest will most certainly impact humans around the world. The World Wildlife Federation points out three major points of concern:

If there was ever a time to save the Amazon rainforest, that time is now. It may seen be too late. Click the button below to make a difference.

Urgent: Help Save the Amazon Rainforest

The Amazon Rainforest is the most biodiverse area of the planet. Unprecedented wildfires this year are threatening endangered species and indigenous people with irreversible consequences.

Tens of thousands of fires have ignited in the Amazon Rainforest. Help protect the lungs of the Earth by purchasing land for protection.