There are stories heard all over the world about mothers performing incredible feats of strength to save their children, and for this elephant the story is exactly the same.

After finding her calf trapped inside a well, this mother refused to leave until her baby was safe. She dug for 11 hours straight, and after some help from the neighboring people of the area, her child was finally safe and free.

The mother elephant did everything she could think of in order to dig herself closer to her calf. She used her feet, her trunk, and everything in between. However, with her frantic attempts to save the baby, she actually pushed more dirt and mud into the hole to trap the calf even more. 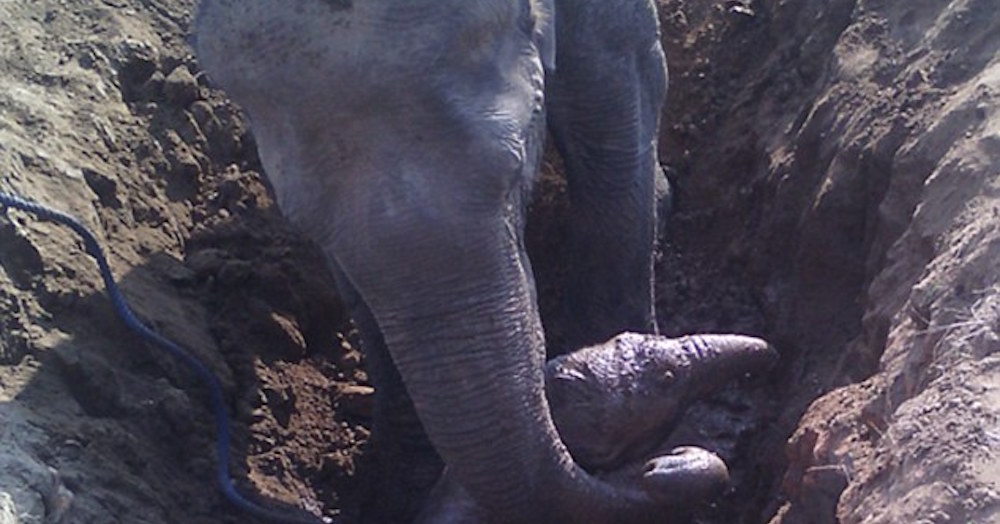 In a desperate attempt to help the mother elephant, people living nearby from the Chatra district in India used a cart of bananas to lure the anxious elephant away just long enough for them to dig away some of the ground trapping the calf.

After the excess soil was moved, the mother elephant finally had enough room to wrap her trunk around her child and pull it to safety.

Despite the traumatic experience, the pair walked away together and obviously relieved to be reunited. 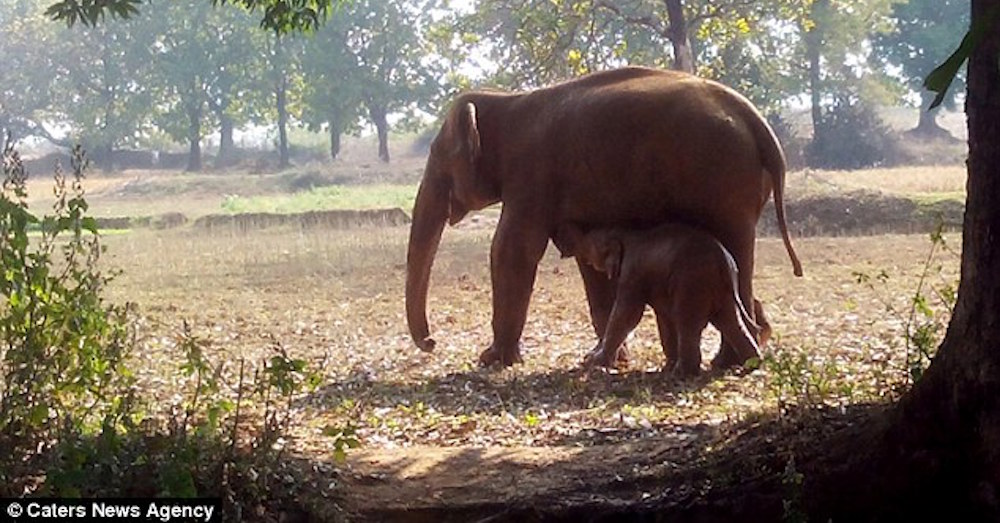 The tenacity and determination of a mother is an incredible thing.

See the video of her rescue attempts below.