If you find yourself swimming near Houston, Texas, and come across an alligator with a knife sticking out of its head, it’s probably best to keep your distance.

Whoever stuck it there in the first place, certainly didn’t.

The gouged gator was spotted in a lake near the home of Orchard Lake Estates resident Erin Weaver, KTRK reports. 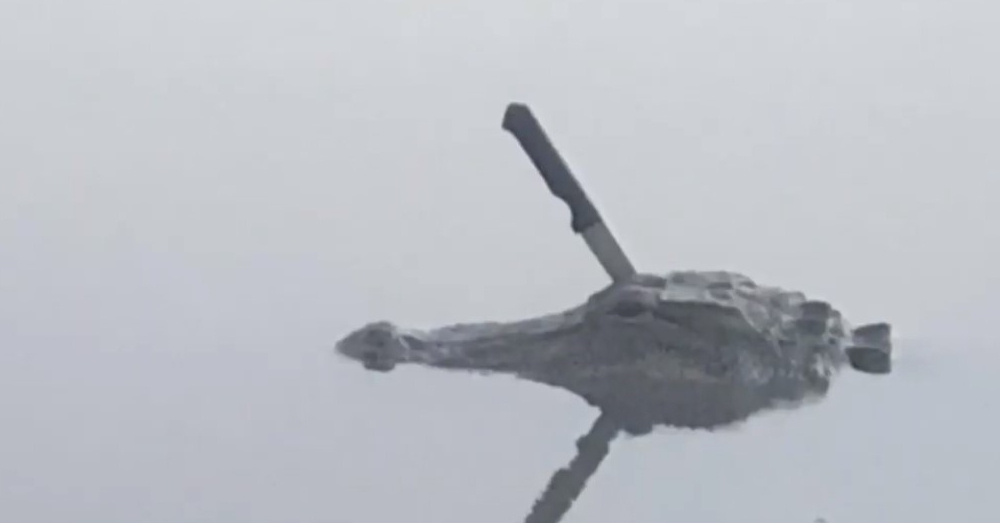 Weaver posted photos of the animal on social media, which quickly went viral. She says alligators are very common around Orchard Lake, and typically docile.

“Almost every morning I see them,” she said. “Never have I seen them aggressive or even defensive, if you walk by and startle them they just go under water.”

A seemingly dozy gator is nothing you want to test, however. Texas’ Parks and Wildlife Department is now investigating the case, and trying to find out who knifed the alligator in its head.

“I feel that somebody did this on purpose,” Weaver said. “I can’t imagine this animal going after somebody that they would have to defend themselves, because we’ve never had that happen before.” 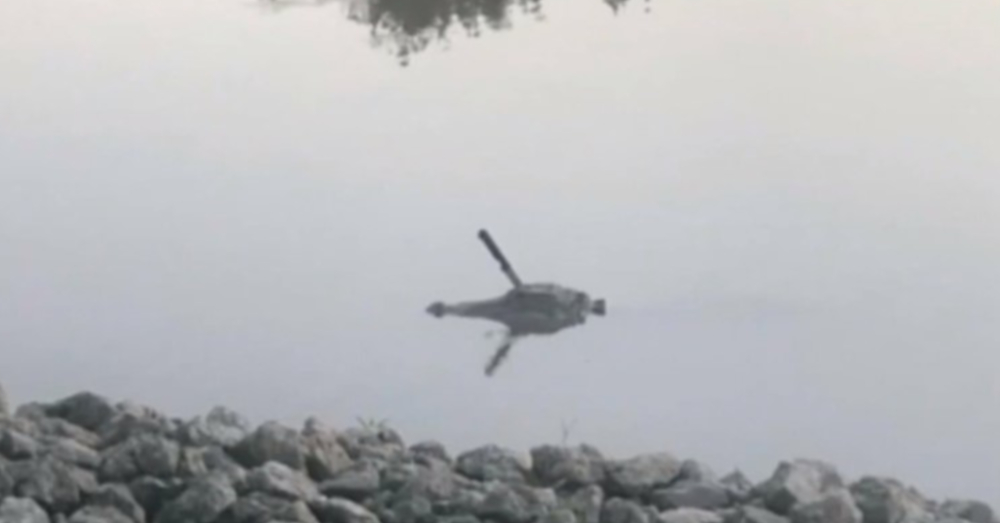 Source: CBS Miami
It is unknown whether the alligator was stabbed in self-defense, or maliciously.

The skin and bone of an alligator’s head is remarkably thick. After speaking with experts at alligator adventure park and sanctuary Gator Country, in Beaumont, Texas, Weaver wonders if the animal was not stabbed on purpose, rather than self defense.

“I want to get help for this alligator. I don’t want to see an alligator swimming around with a knife in his head and suffering,” Weaver said.

As the investigation continues, Weaver said, the gator does not appear to be suffering.

“He didn’t make any noises or seem like he was in any pain, didn’t see any blood on him, seemed to be swimming OK,” she said.

Russia Releases Orcas And Beluga Whales From ‘Whale Jail’ After Public Outcry: Click “Next” below!