Since well before we arrived on the scene, large tusks have given African elephants an advantage. Elephants use their tusks to dig for water, strip bark for food and joust with other elephants, vying for a chance to mate with female elephants and pass on their genes.

Today, the situation is different. Large tusks attract poachers, working against generational momentum. But this is just one factor that has led to an evolutionary detour, favoring those elephants with no tusks at all in the ongoing genetic lottery.

According to the Associated Press, in Gorongosa in the 1970s, less than one fifth of female elephants were tuskless. Now more than half of them have no tusks, and are subsequently five times more likely to survive.

“Evolution is simply a change in heritable characteristics within a population over successive generations, and based on the results of our study, the shift toward tusklessness among female elephants at Gorongosa fits this definition perfectly,” Ryan Long, an author of the study and an associate professor of wildlife sciences at the University of Idaho, told CNN

Researchers point to years of civil war and poaching in Mozambique as the cause of this phenomenon.

Evolutionary biologist Shane Campbell-Staton, based at Princeton University and his team published their findings in the journal Science.

“During the conflict from 1977 to 1992, fighters on both sides slaughtered elephants for ivory to finance war efforts. In the region that’s now Gorongosa National Park, around 90% of the elephants were killed,” the AP reports.

Most of the surviving females who had not developed tusks before war broke out passed on their genes to the next generation. About two-thirds of their offspring were female, and half of those female elephants were tuskless, as well.

This is a much greater percentage than before the war, when only a fifth of the elephants had no tusks. War is not the only reason for the change, however.

Researchers learned that it only takes a single genetic mutation for a female elephant to become tuskless. Females carry two copies of the X chromosome, and will still be healthy with one copy that isn’t mutated. In contrast, males have only one X chromosome, which makes this mutation lethal to males that inherit it.

Miscarriages are more prevalent when this genetic mutation is passed along to a male embryos, leading to a greater concentration of females with the tuskless gene.

Without long incisors to peel bark from trees, tuskless elephants seem to be shifting their diet towards more accessible foods.

Poaching is not contained within Gorongosa, and neither is the tuskless phenomenon. Ivory hunters have killed off many of the tusked elephants in Tanzania and South Africa, where National Geographic reports that out of the 174 female elephants living in the Addo Elephant National Park in the early 2000s, only 2 percent still had their tusks.

Where human activity has accelerated the forces of evolution for certain species, the outcome has most often been extinction. In the case of the elephants, this rapid change is no less concerning.

“When we think about natural selection, we think about it happening over hundreds, or thousands, of years,” said Samuel Wasser, a conservation biologist at the University of Washington. “The fact that this dramatic selection for tusklessness happened over 15 years is one of the most astonishing findings.”

We cannot let wars driven by politics and greed to drive African elephants extinct. Click below and take a stand for these magnificent animals! 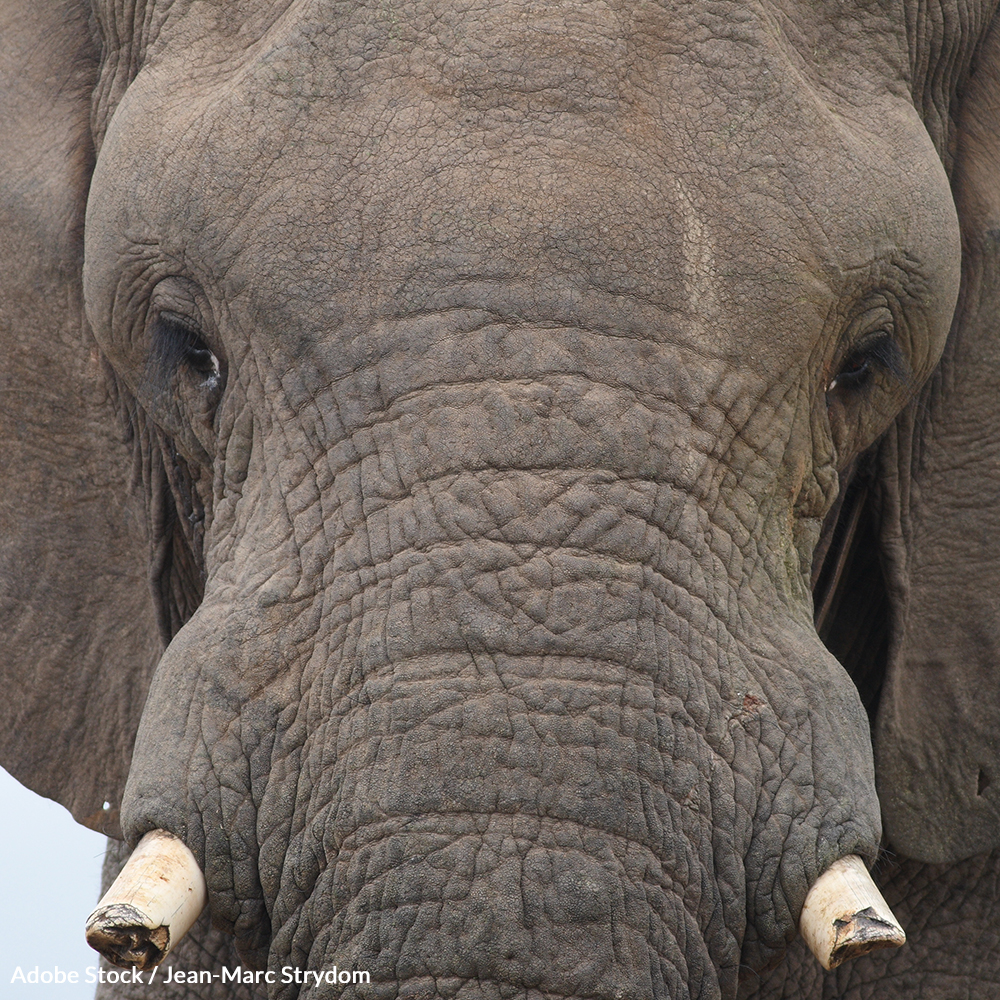 African elephants are still being targeted by poachers for their ivory, much of which is being smuggled into China.

As much as 50% of the world’s ivory is destined for Chinese markets, requiring about 220 tons of raw ivory, or roughly 20,000 elephants, each year.

Sign the petition and take a stand for elephants!