When you think of African bullfrogs you probably don’t think of words like “cute” or “cuddly” or “nurturing.” After all, There’s something understandably a little unusual about a frog that weighs more than four pounds and can grow to be nearly a foot long!

Oh, and did we mention they’re aggressive? 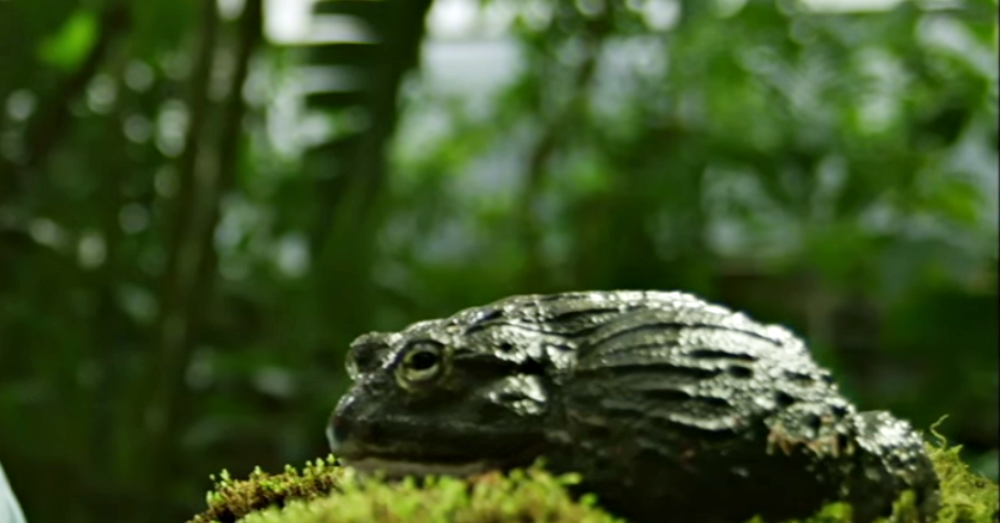 Or, what about the fact they have three canine-like teeth?

Personally, I’m really torn regarding whether I classify an aggressive frog with teeth as super creepy or incredibly awesome! 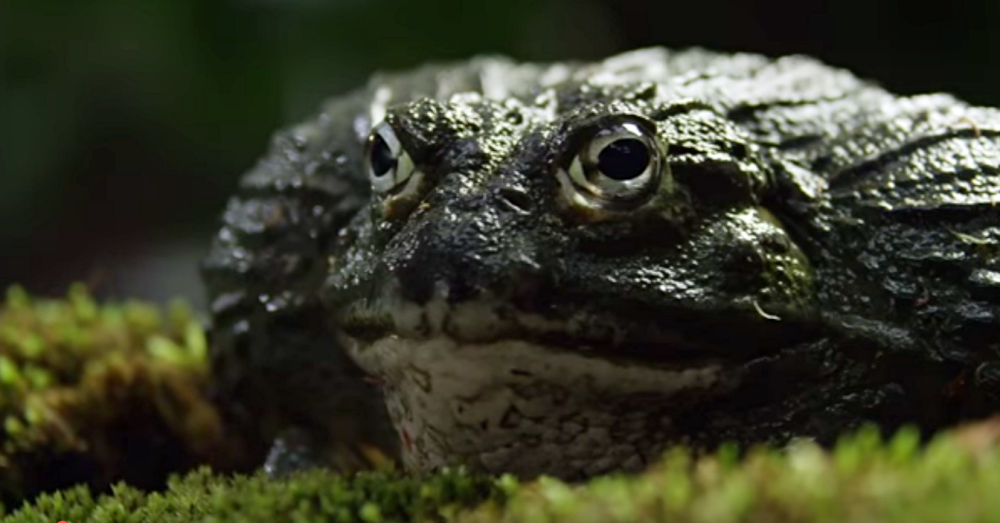 But they’re not all pent up aggression and razor sharp fangs. African bullfrogs are also surprisingly dedicated caregivers.

Take the male African bullfrog in the video below. When this devoted dad realizes his tadpoles are in trouble, he makes quick use of his incredibly powerful legs to do something surprising! 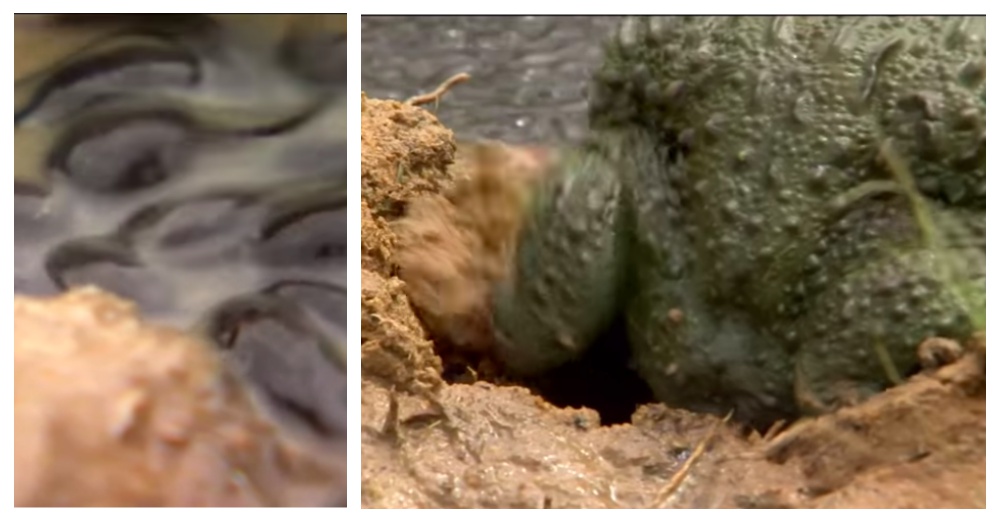 He leaps into action and starts to dig an escape for all of his tadpoles. As the water began to evaporate from the little pool, he used his back legs to dig a channel to the main pond. “Down they swim” as the proud dad watches from the bank.

Talk about a fatherly instinct! Watch how he saved the day in the video below.