While The Amazon Burns, Many More Fires Have Been Spotted In Africa

The world’s eyes have been on the Amazon for weeks as wildfires burn swathes of critical rainforest habitat to the ground. Meanwhile, fire is sweeping central Africa with an even greater veracity.

This is no warning, the evidence of a planet being incinerated is visible from space.

NASA’s Fire Information for Resource Management System has identified more than 6,800 fires raging in Angola and almost 3,400 in the neighboring Democratic Republic of Congo. That’s more than 10,200 fires burning in Africa, compared to the 2,127 counted in Brazil. 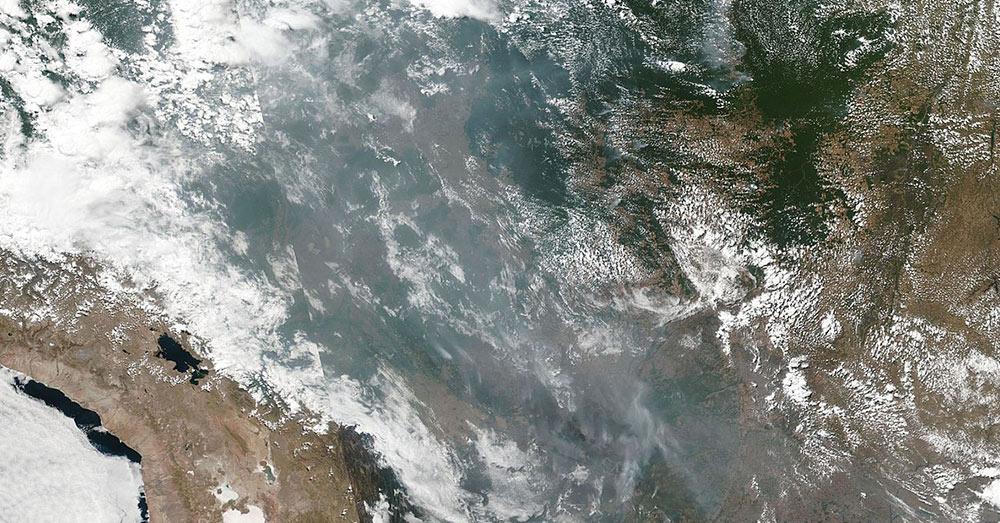 Source: Wikimedia Commons
Fires in the Amazon blot out the sky with smoke.

Much like those in Brazil, many of these fires have been set purposefully by farmers trying to burn off scrub plants to clear land for new crops or livestock. At the edges of this farmland, where massive forests have taken root for eons, people are resorting to slash and burn tactics.

Fires like this can actually help improve the soil and make the land more fertile for new plants, but a report from NASA contests that there is a trade-off that isn’t being considered.

“While fire helps enhance crops and grasses for pasture, the fires also produce smoke that degrades air quality,” the report says. Added to that, the cost of destroying habitats that hold some of the rarest animals on earth, perhaps even important medicines, we may never see again. 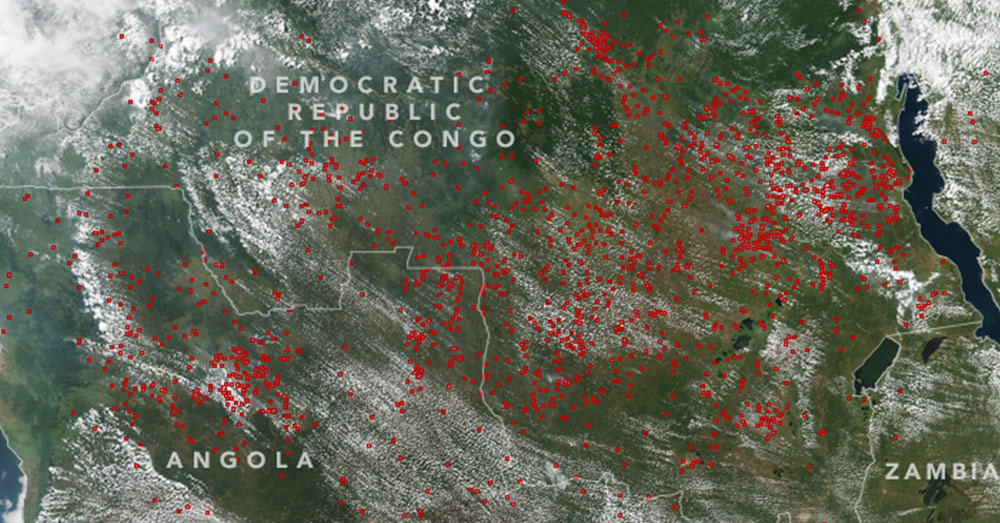 Source: NASA
Many more fires have been spotted in Africa.

Deforestation by fire is destroying some of the most biodiverse areas in the world, and greatly reducing the region’s capacity to store carbon and greenhouse gases.

According to the Independent, “More tree cover was lost across the world in 2016 and 2017 than in any other year this century.” That fact is being exacerbated in Brazil by the policies of president Jair Bolsonaro, driven much more by agricultural and industrial development than conservation.

“In the Brazilian Amazon, the rate of deforestation in July hit 870 square miles, or about five football pitches every minute of the entire month,” the Independent reports.

Deforestation and fire in Africa is a different story. It hasn’t been traced back to a single administration’s policies, or a

“Clearly both in the Amazon and in the Congo, burning by small scale farmers is a way of life, it does happen. What’s different is the increase in the Amazon this year over last year – almost a doubling in the number of fires,” said Richard Black, the director of the Energy and Climate Intelligence Unit. “Bolsonaro seems to be encouraging this, but I haven’t seen any evidence of this in any of [the African] countries, is a key difference I think.” 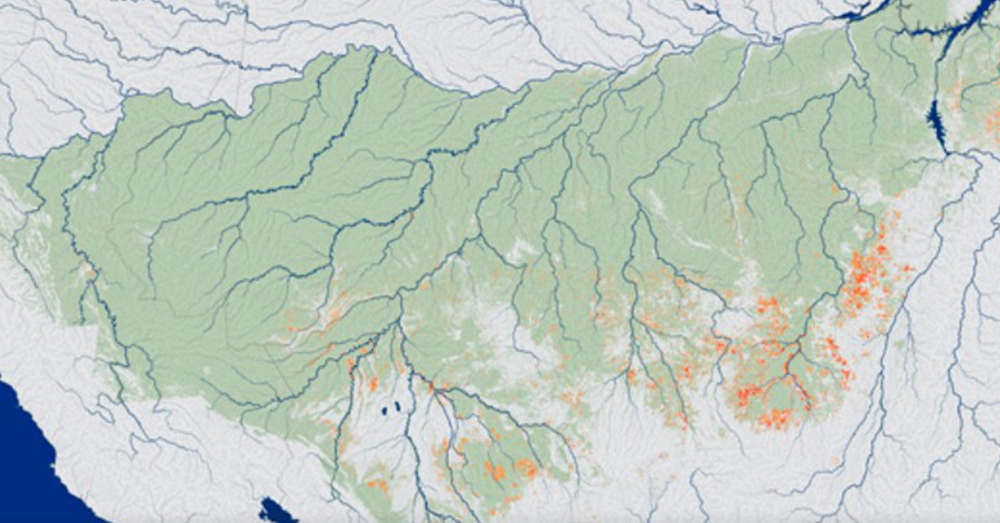 Source: NASA Jet Propulsion Laboratory
The number of fires in the Amazon has drastically increased in the last few years.

French President Emannuel Macron, along with other government leaders of the G7, extended an offer of $20 million to assist Brazil in fighting the fires in the Amazon. Bolsonaro turned down the offer, asserting that it was Brazil’s sole responsibility to deal with the fires as deemed necessary. Macron compared the fires in the Amazon to living in a house that was burning, and has indicated there may be a similar offer made to the countries of sub-Saharan Africa in the near future.

“We are considering the possibility of launching an initiative similar to the one we just announced for the Amazon,” Macron wrote on Twitter.

The sheer number of fires in Africa greatly outpaces those in Brazil, but according to CNN, the situation in Brazil is different, a direct driver of deforestation, and much more cause for concern.

“While fires that endanger lives or the environment are always something to be concerned about, there’s a reason fires in the Amazon are of particular concern: The Amazon is home to 10% of the world’s plants and animals, and estimates show that nearly 20% of the oxygen produced by the Earth’s land comes from the region’s rain forests,” CNN reports. “That’s why you’ve often heard the Amazon referred to as the “world’s lungs.” If the rainforest is severely damaged, scientists worry that it could hasten the effects of climate change.”

The Future Of The Northern White Rhino Species Lies In Frozen Sperm And A Surrogate Mother: Click “Next” below!