If you haven’t been paying attention to the news, it might come as a surprise to learn that a large portion of Australia is on fire. Sadly, these bush fires have killed thousands upon thousands of animals with as many more struggling to find safety. Of those, the koala population has been hit hard. So far, experts estimate roughly 8,000 have lost their lives.

Now in the third month, these fires are not only threatening wildlife, but also the lives of humans, as well as personal property. Firefighters from around the globe have traveled to Australia in an effort to help wherever they can. As a way of capturing the horror, a lot of people have taken photos and videos, followed by sharing them online.

The photo of one koala bear went viral. 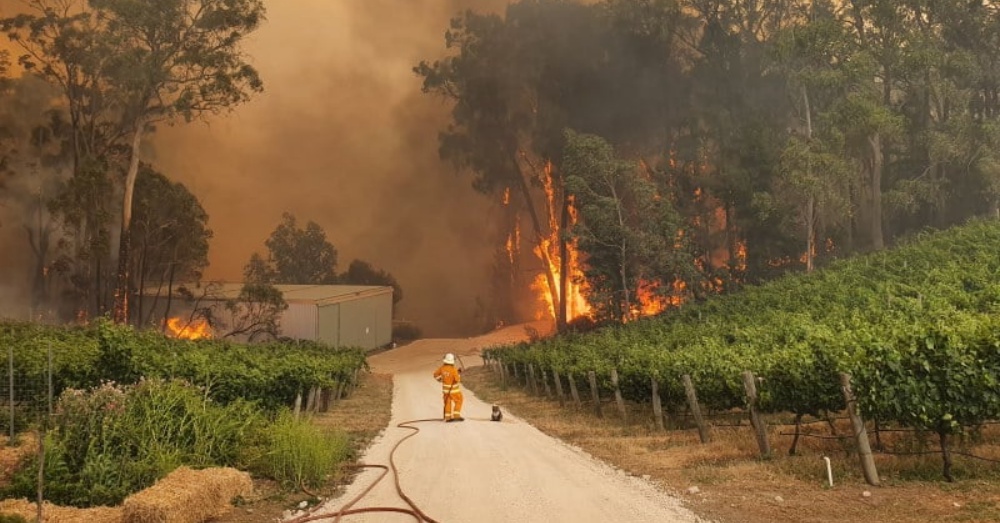 While you’ll have no problem finding all kinds of different photos of the fires in Australia, one, in particular, has captured the hearts of millions. Standing on a walking path, you see a firefighter using a hose to keep the fire at bay. But right next to him is an adorable koala. It’s as though they’re looking at the devastation together.

There’s power in a photo.

Sometimes, a photo comes along that sends out a powerful message. On one hand, this image is incredibly sad. Then on the other hand, it gives hope. This photo, which has now been shared around the world, shows how firefighters are doing everything they can to bring the fires under control. 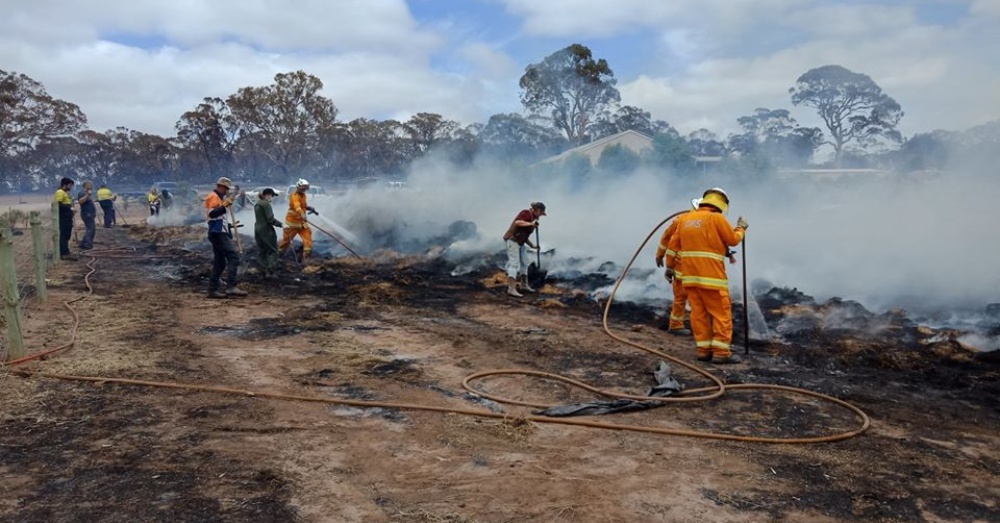 Along with firefighters from all over Australia, others have come to lend a helping hand. Not only are there a lot of full-time firefighters on the front line, but also a large number of volunteers. It’s estimated that thousands of people are doing what they can but without pay. In fact, there are reports of individuals leaving their jobs to come help. 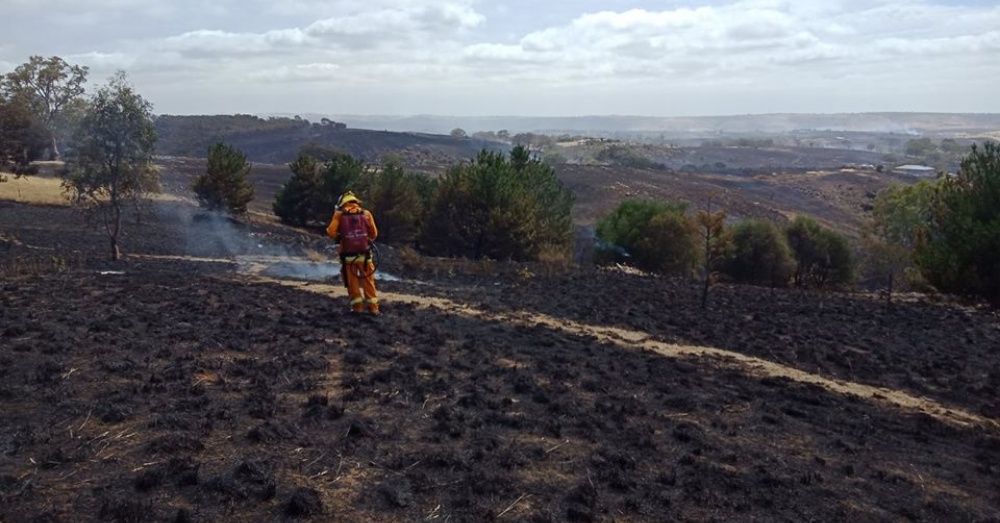 Men and women of various ages are working alongside each other to create firewalls. For koalas, these fires are unimaginable. For one thing, large portions of eucalyptus forests are being destroyed. This is the very food that these animals eat. But with no place to get water, koalas are also dying from dehydration. 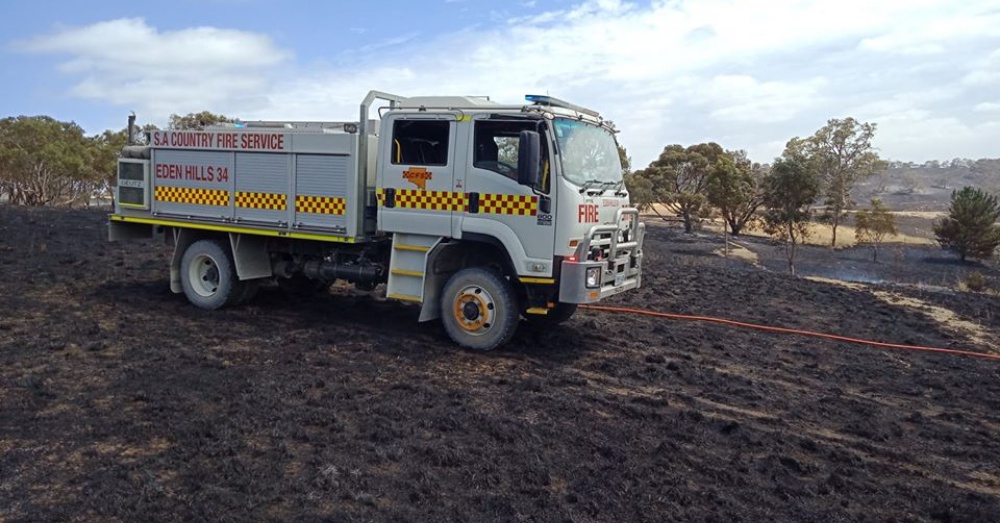 The sight of destruction and animals trying to survive hits hard.

The people fighting the Australia fires are serving two major purposes. First, they’re trying to contain the blazes. Second, they’re trying to save people, property, and wildlife. For the koala bears, that means bringing the injured ones, as well as other creatures, to veterinarian clinics and sanctuaries. They’re also trying to provide them with water. 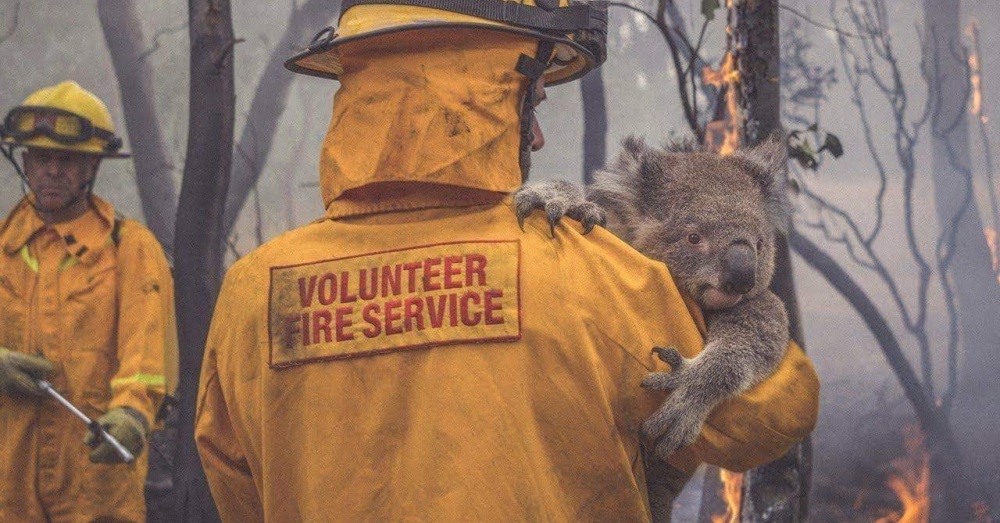 Along with the firefighters on the scene of the fires, there are many volunteer options. As a perfect example, people can donate money to help with the medical care of animals. This isn’t a disaster that we can turn away from. It’s too big and too powerful to ignore. One look at this adorable koala standing by the firefighter pretty much sums up what’s going on.

Blind Senior Labrador Is Looking For A Forever Home In Australia: Click “Next” below!