Yet another massive earthquake has ravaged Mexico, this time hitting the central part of the country hardest with a 7.1 magnitude quake that has killed more than 200 people.

And it happened on the 32nd anniversary of the worst earthquake to ever strike Mexico City.

Even though the earthquake was centered almost 100 miles away from the country’s capital, the damage in the city was still catastrophic. Schools, homes, and businesses were all completely leveled to the ground, totaling more than 40 destroyed buildings, according to President Enrique Peña Nieto. 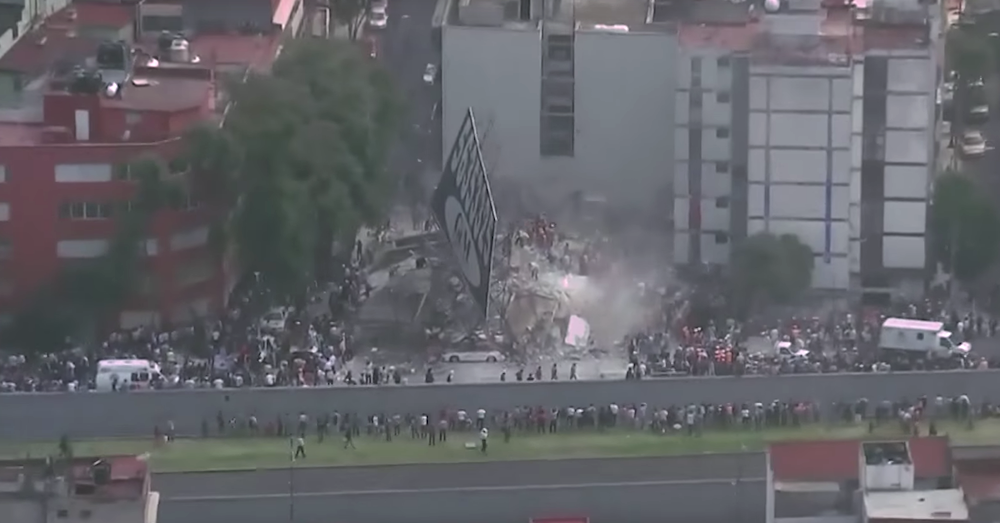 People have been gathering together after seeing that an elementary school had collapsed to try and help rescue efforts as best as possible, making sure that they can save as many children as they can from the rubble.

Both rescuers and civilians alike have been digging through every destroyed building they come across to try and rescue any survivors that have been trapped.

Trapped schoolchildren even resorted to using messaging apps to inform relatives where they were so that they could be rescued after their school building collapsed on top of them.

“Children are often the most vulnerable in emergencies such as this and we are particularly concerned because schools across the region were in session and filled with students,” said Jorge Vidal, director of operations at Save the Children in Mexico. 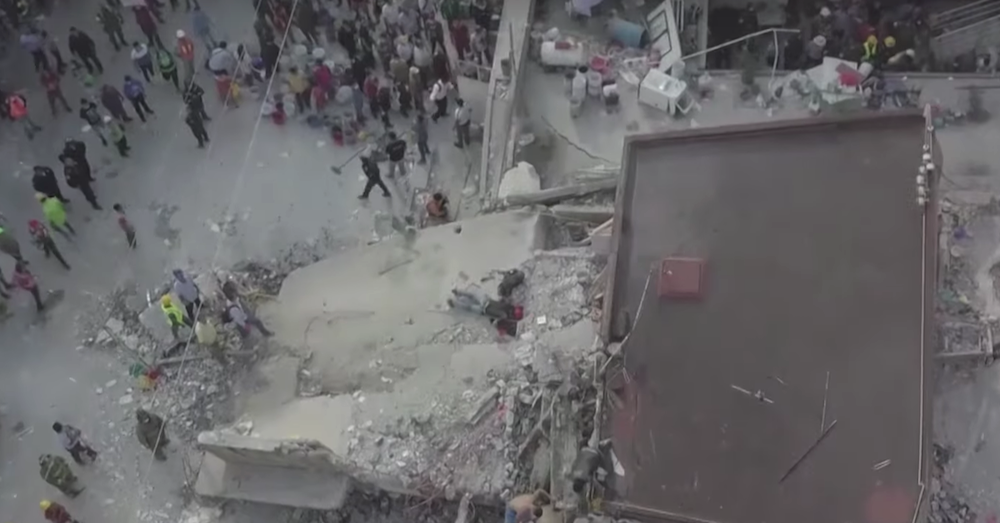 Rescuers have been resorting to shouting “quiet” at crowds so that they can better hear people calling out from underneath all of the rubble.

The earthquake that occurred on the very same day all the way back in 1985 had killed 10,000 people, and many residents were performing earthquake drills as a reminder just hours before the newest quake hit. 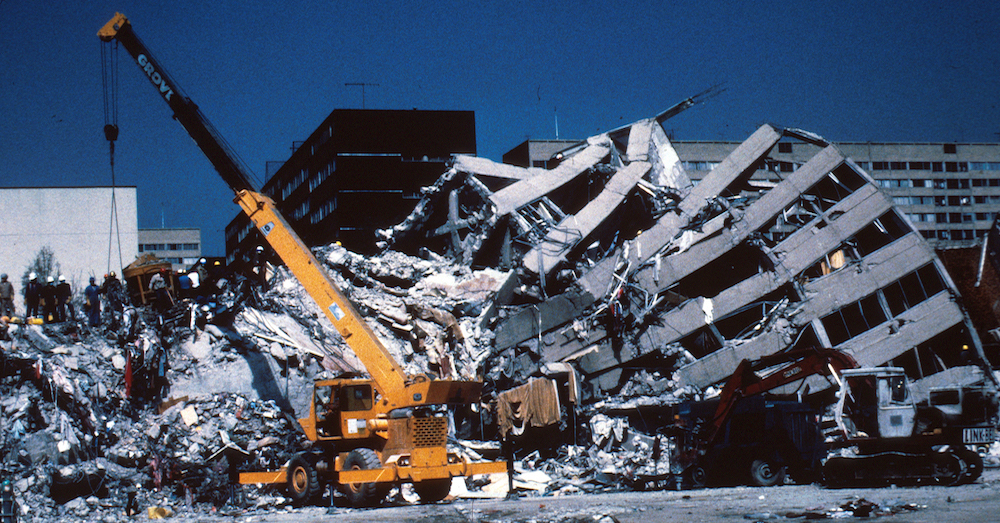 All of this is also happening only two weeks after an 8.1 magnitude earthquake shook its way through the southern Mexican states of Oaxaca and Chiapas, which killed more than 90 people.

As rescue efforts continue throughout the week, President Peña Nieto stated that “The priority at this moment is to keep rescuing people who are still trapped and to give medical attention to the injured people.”

A state of disaster has been declared in Mexico City as everything halts to a stop to help rescue efforts.

With the entire country on alert, the people are in desperate need of help, especially after sending their own rescue workers to help the United States with relief efforts after Hurricane Harvey.

To see how you can help, see the link below. Help people with the things they need to survive yet another tragic disaster.